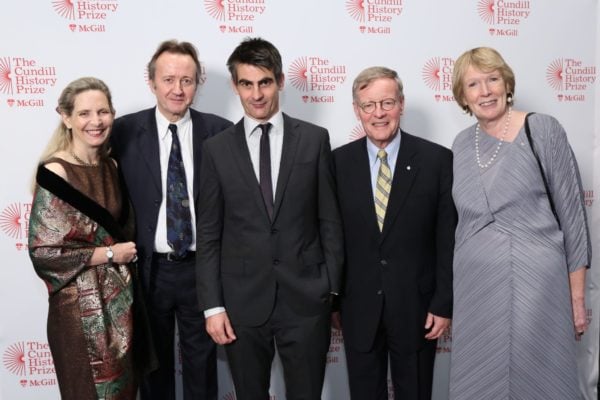 British historian and University of London lecturer Daniel Beer has been named winner of this year’s Cundill History Prize, administered by McGill University in recognition of the world’s best historical non-fiction title in English. Beer was awarded the $75,000 prize for his book The House of the Dead: Siberian Exile Under the Tsars (Allen Lane Canada) at a gala ceremony at the Montreal Museum of Fine Arts on Nov. 16.

The title has also been shortlisted for the the Wolfson History Prize, the Pushkin House Russian Book Prize, and the Longman History Today Prize. In a release, jury chair Margaret MacMillan said, “Daniel Beer has done extraordinary research, using underappreciated and unexamined sources, to show what exile meant to generations of Russians and other nationalities within the Russian Empire. He gives a moving and heart-rending account of what happened to these people, most of whom never returned from Siberia. The House of the Dead is a haunting and important contribution to Russian history, and a hugely deserving winner.”