Town Is by the Sea
Joanne Schwartz and Sydney Smith, ill.
Groundwood Books
“And deep down under that sea, my father is digging for coal,” is the pensive refrain in Joanne Schwartz and Sydney Smith’s note-perfect Town Is by the Sea. A boy’s free-range childhood in Cape Breton is juxtaposed with his father’s days spent working in a mine. Whether the boy is on a swing at the playground, eating a bologna sandwich at his kitchen table, or visiting his grandfather’s grave, the sea is within view – and the idea of his father working beneath it is top of mind. After completely falling under the book’s East Coast spell – gorgeously portrayed in Smith’s delicate illustrations –  readers will have the wind knocked out of them by the final lines. –Shanda Deziel 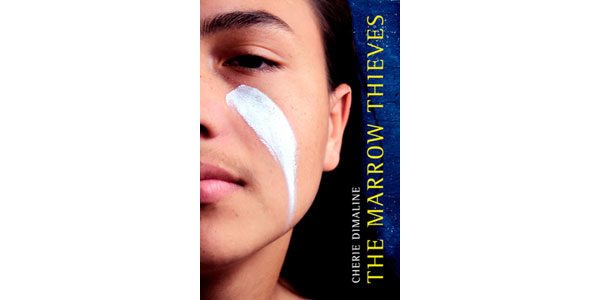 The Marrow Thieves
Cherie Dimaline
Dancing Cat Books
Though it follows a fairly standard framework for dystopian YA (it’s the future, the environment has been decimated, a certain segment of the population is in peril, a teen emerges as the unlikely and reluctant hero), Métis author Cherie Dimaline’s The Marrow Thieves is so much more: a complex, devastating, tender, funny, and wise modern allegory. It’s a tapestry of tightly woven threads that recounts the abhorrent historical treatment of Canada’s Indigenous populations and celebrates the very cultures, traditions, and languages colonialism strived so hard to stamp out, all while taking readers on an emotionally resonant, wild ride that stealthily informs as it entertains. –Dory Cerny 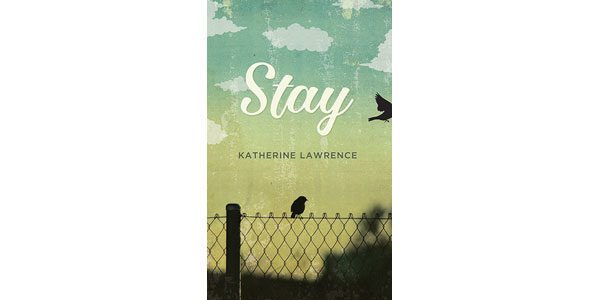 Stay
Katherine Lawrence
Coteau Books
Saskatoon poet Katherine Lawrence’s novel in verse is a beautiful work of fiction for middle-grade readers. The touching portrayal of a young girl dealing with a series of potentially devastating events – her parents’ separation, her father’s cancer diagnosis – never falls into melodrama, thanks in large part to the flawlessly rendered 11-year-old narrator. Molly is the backbone of the story, equal parts little girl (one almost as upset by her parents’ continued refusal to let her get a dog as by their marital troubles) and old soul. Laced with humour and tenderness, Stay is a quiet gem deserving of greater attention. –DC 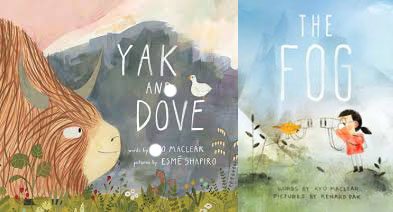 Yak and Dove
Kyo Maclear and Esmé Shapiro, ill.
Tundra Books
While I do appreciate Kyo Maclear’s moodier children’s offerings (see: Virginia Wolf), there is simply no denying the charm of her more whimsical fare. This odd-couple tale, with its slightly formal cadence and understated humour, is made even more delightful by Esmé Shapiro’s equally quirky illustrations. It’s funny, visually engaging, and an absolute joy to read aloud. –DC

The Fog
Kyo Maclear and Kenard Pak, ill.
Tundra Books
The Fog shows Maclear’s ability to do both moodiness and whimsy in the same work. The comic efforts of a binocular-toting warbler bird – whose pastime is people-watching – to overturn the dire consequences of climate change on his northern island are at the heart of this evocatively hazy, happy-ending tale. –SD 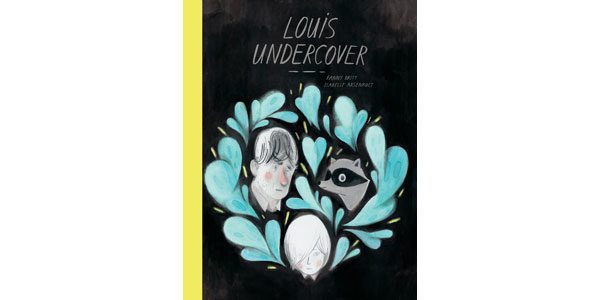 Louis Undercover
Fanny Britt and Isabelle Arsenault, ill.
Groundwood Books
The story of an alcoholic parent wreaking emotional havoc on his family, as seen through the eyes of his 11-year-old son, makes for a gut-wrenching and ultimately beautiful reading experience. The character-driven Louis Undercover is populated with a relatable cast: dysfunctional father, beleaguered mother, sweet younger brother, shy preteen, and the cool bookish girl he’s enamoured with. Writer Fanny Britt and illustrator Isabelle Arsenault – who also collaborated on the award-winning Jane, the Fox and Me – prove they are an incomparable team, taking graphic novels for young people in a whole new direction. –SD 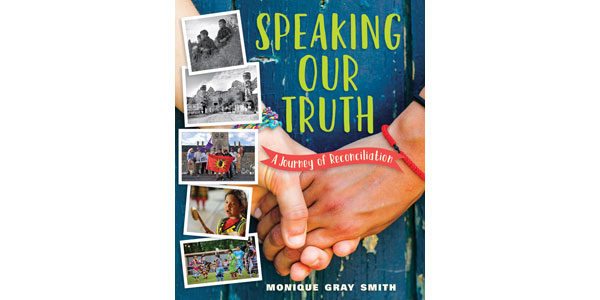 Speaking Our Truth: A Journey to Reconciliation
Monique Gray Smith
Orca Book Publishers
Years from now, historians may look back on this decade as a watershed moment in Canada. With the release of the 2015 Truth and Reconciliation Commission’s report and calls to action, the horrors of the residential school system and the need for reparations and healing were finally, officially acknowledged. Monique Gray Smith’s Speaking Our Truth gives this information to the people who are bound to make the most difference: children. With inclusive language and gentleness, Smith takes readers by the hand and leads them along a path to understanding, opening their eyes to truths perhaps unknown to them while encouraging empathy and calling on them to be agents of change. –DC

Everything Beautiful Is Not Ruined
Danielle Younge-Ullman
Razorbill Canada

By: Dory Cerny and Shanda Deziel