Q&Q asked reviewers, booksellers, and other industry folks to share a great book that was published in 2020. These are their choices. 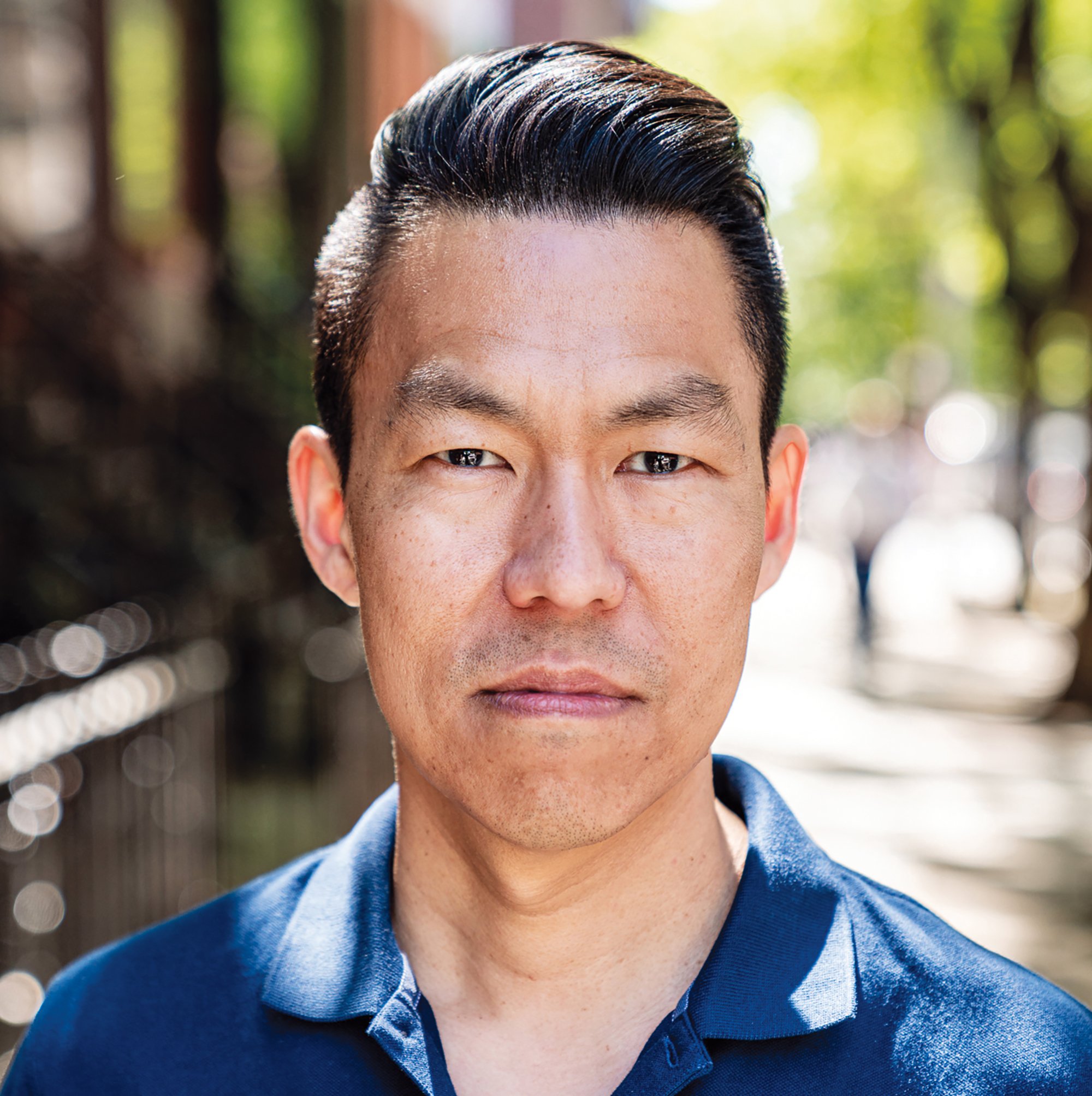 In a debut short-story collection that spans a century and reads like a novel, Jack Wang offers international drama and retro Canadiana told through the eyes of people in the Chinese diaspora. From Kristallnacht in Vienna to apartheid in South Africa, Wang’s collection reminds us that history is never merely about the past.  –Shazia Hafiz Ramji, poet and reviewer from Vancouver 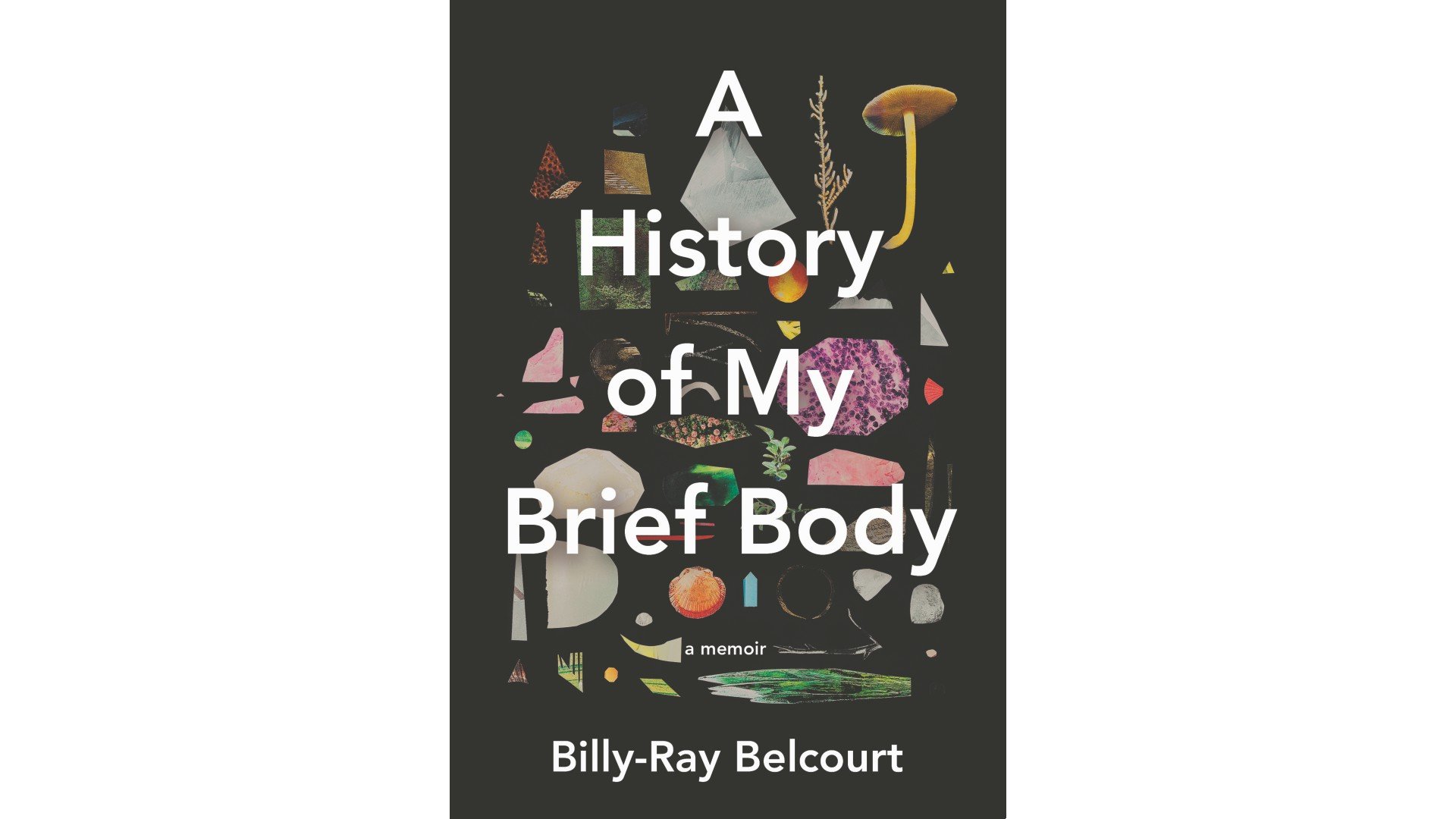 A theoretical, deeply personal memoir-in-essays, Belcourt’s meditation on NDN boyhood and gender is transcendent. It is poetic, harnessing the power of the sentence into song and metaphor and truth. In Belcourt’s hands, sentences enact self-destruction while also becoming generative. Thrilling, genre-bending, and unapologetically complex, Belcourt’s A History of My Brief Body holds its Indigenous, queer court among the best of 2020 – in all likelihood, the best of the coming decade, too. –Jenny Ferguson, mixed Métis-settler writer, professor, and reviewer living in California 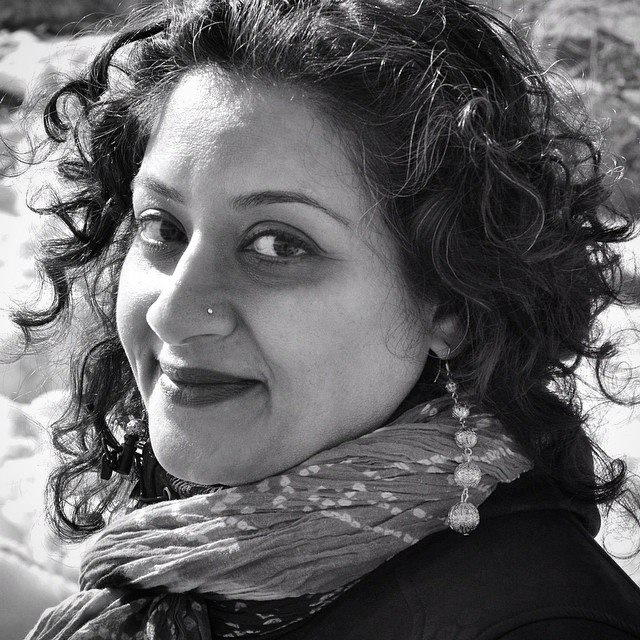 Farzana Doctor’s fourth novel breaks open the taboo topic of khatna (female genital cutting) in the Dawoodi Bohra community. Doctor crafts a novel in which family and community confront traumatic traditions and the characters must make a choice about which side they stand on. How are communities complicit in perpetuating violence, and how can those same communities speak out against it? –Manahil Bandukwala, a writer and reviewer in Mississauga, Ontario 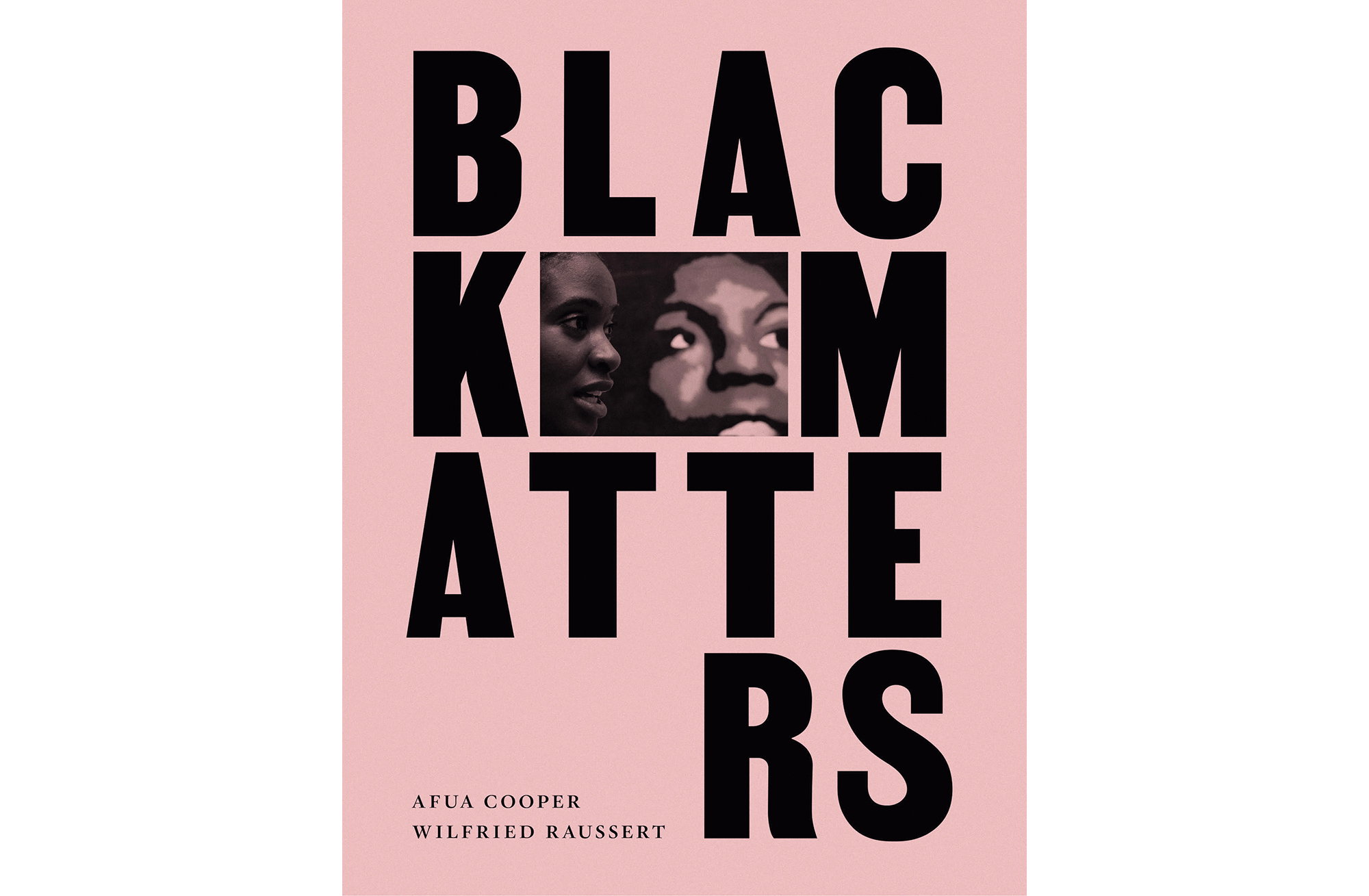 Black Matters features interplay between photographer Wilfried Raussert and poet Afua Cooper, where the former presents a picture, the latter reflects on what the image inspires. A perfectly syncopated appreciation of Blackness results, informed by centuries of marronage, steeped in Nina Simone’s wail, framed by the raised fists of Black Panthers, and celebrating all that will be won. -Chris Benjamin, managing editor, Atlantic Books Today

Vancouver writer Silvia Moreno-Garcia’s latest novel is a breathtaking read, not only a beautifully rendered, original story in its own right, but an unobtrusively self-aware examination of Gothic tropes and the cultural and social conditions that underlie Gothic fiction as a genre. Plus creepy in-laws! Mysterious illnesses! Flooded silver mines! Hallucinogenic wallpaper! –Robert J. Wiersema, a writer and reviewer in Victoria 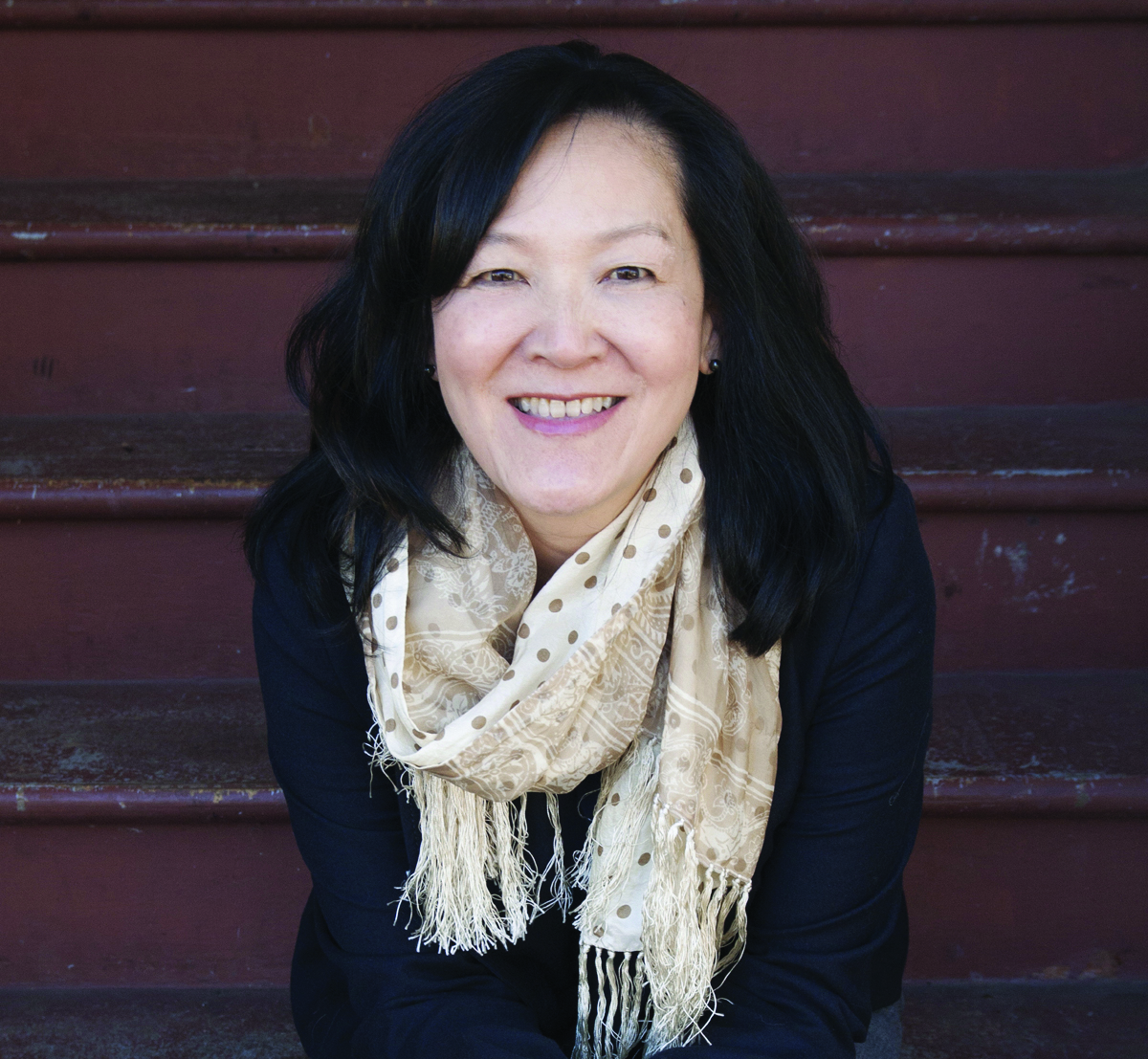 You’ll be drawn right into the 1937 world of Hu Lian and Liu Shaoming as they’re forced to flee their university. Entrusted with carrying the treasured volumes of the Library of Legends for safekeeping, the students endure hardships on the road but also form unlikely friendships. A beautifully told story with endearing characters, a mix of reality and mythology, and some romance and adventure. –Mary-Ann Yazedjian, manager, Book Warehouse, Vancouver 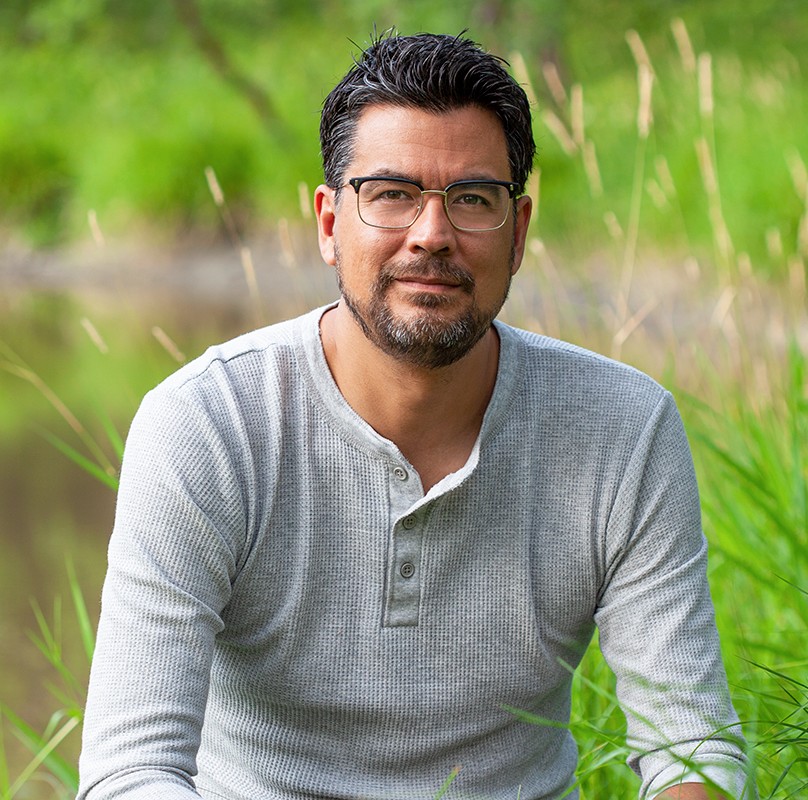 Robertson’s loving portrait of his father is also a story of his own realization and acceptance of his Indigenous roots. The writing is honest and vulnerable and lifts this book among the best releases of this year. Robertson is a writer to watch if you haven’t already discovered him. –Chris Hall, co-owner of McNally Robinson Booksellers, Winnipeg

One Good Reason: A Memoir of Addiction and Recovery, Music and Love
Séan McCann and Andrea Aragon
Nimbus Publishing

Though many may remember Great Big Sea as the popular folk band from Newfoundland, in this memoir from co-founder Séan McCann and his wife Andrea Aragon we see that they were very much a rock band, complete with the stereotypical rock ’n’ roll lifestyle. Unlike most such books though, they do not glamorize it at all. The focus instead is on McCann’s battle with alcohol addiction: its roots in a traumatic and shocking past, its explosion courtesy of fame, and its impact on McCann’s personal life and mental health. It is also, however, a love story, and we see how Aragon became such a healthy focus in McCann’s life. One Good Reason is a thoughtful and engaging memoir. –John Mutford, library manager, Yellowknife Public Library

The voice of Charlie throughout this story is brilliantly crafted as we follow him from childhood to adulthood, and experience with him the challenges of his mental disorder, the delight (and sense of security) he finds in numbers, his complicated relationships with family and friends, and his struggle and genius in navigating through it all. An unforgettable and compassionate novel. –Kieran Leblanc, executive director, Book Publishers Association of Alberta 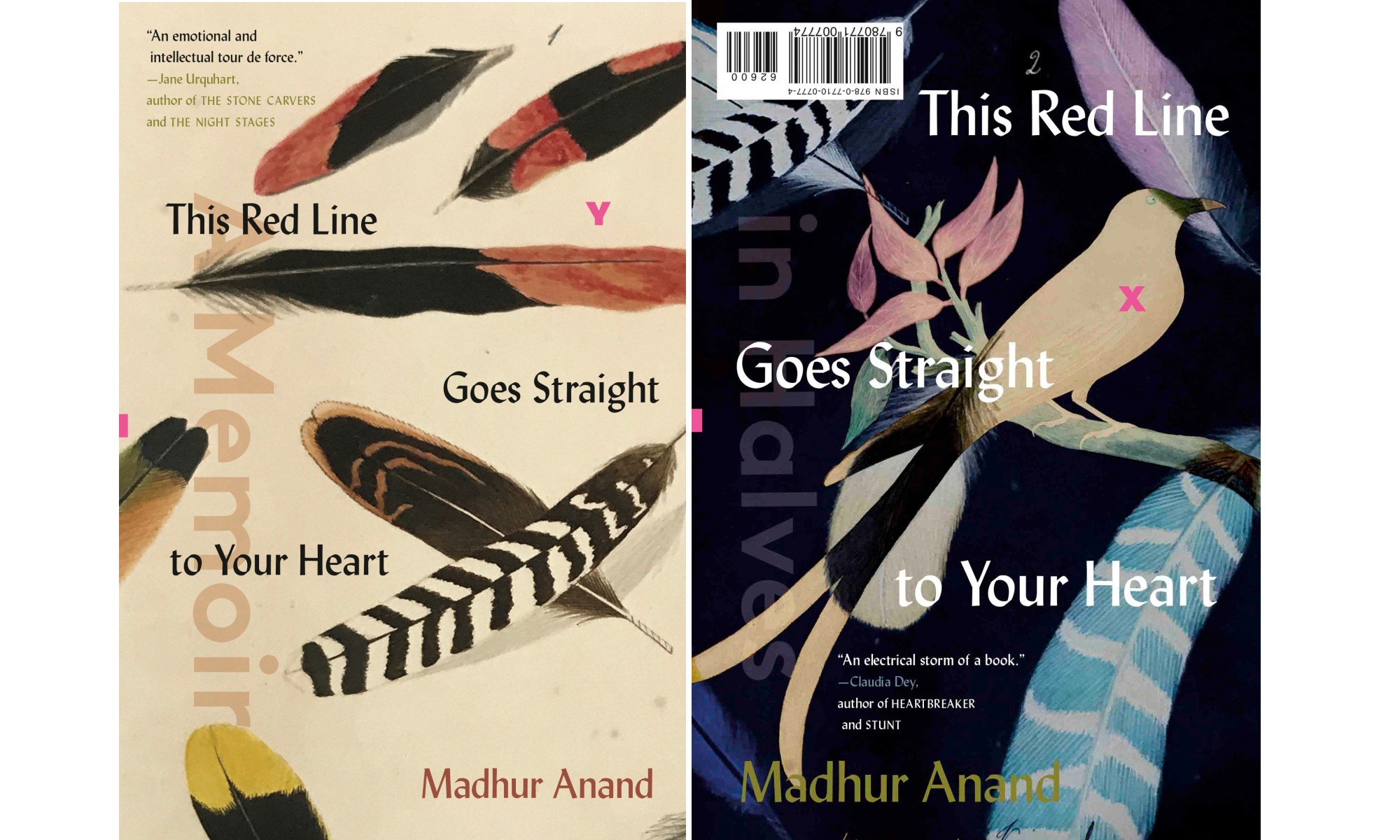 This Red Line Goes Straight to Your Heart: A Memoir in Halves
Madhur Anand
Strange Light

Environmental professor and poet Madhur Anand has written an astounding document about her parents’ lives. They lived through the tumultuous upheaval of the partition of India and then navigated the very difficult Canadian immigrant experience. The book has two covers. Open it one way and you will be amazed by the voice and tangible details of her parents’ narrative. Open the other and Anand’s experience of science and poetry shine through. –Barb Minett, co-founder of The Book Shelf, Guelph