This season’s books for children – from babies to teens – feature big-name authors and illustrators, anticipated debuts, and a fluffle of bunnies. 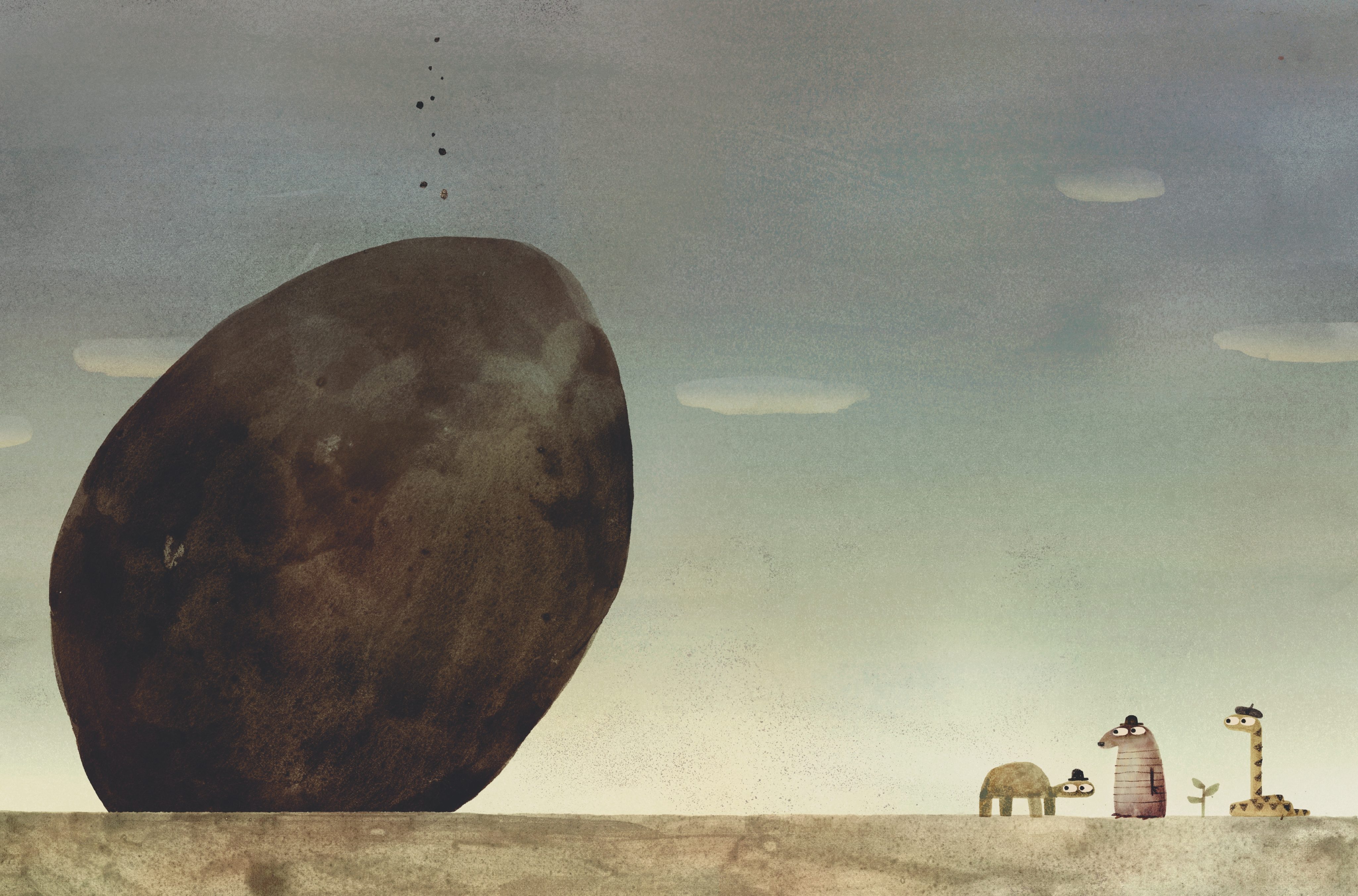 Jon Klassen’s The Rock from the Sky

Jon Klassen is back – not that he really went away. It’s just that it’s been four years since he released his last solo work, the final book in his bestselling Hat trilogy. (This Is Not My Hat was the first book to receive both the Caldecott and the Kate Greenaway medals.) Since then, he’s only done collaborations, illustrating books with his friend and author Mac Barnett among others. Recent standouts include the chapter book Skunk and Badger, written by Amy Timberlake. This spring, Klassen has a new story to tell about animals that look and feel very similar to the Hat cast (in fact, the two main characters in The Rock from the Sky both sport stylish bowlers). This 96-page picture book, in which a turtle finds a good spot to sit and tries to persuade his armadillo pal to join him, is a meditation on friendship, fate, finding your comfort zone, and trusting your gut.

Before Jane Goodall and Dian Fossey, there was Anne Innis Dagg, a Canadian zoologist who followed her childhood dream to go to South Africa to study giraffes despite the many obstacles she faced as a female scientist in the 1950s. 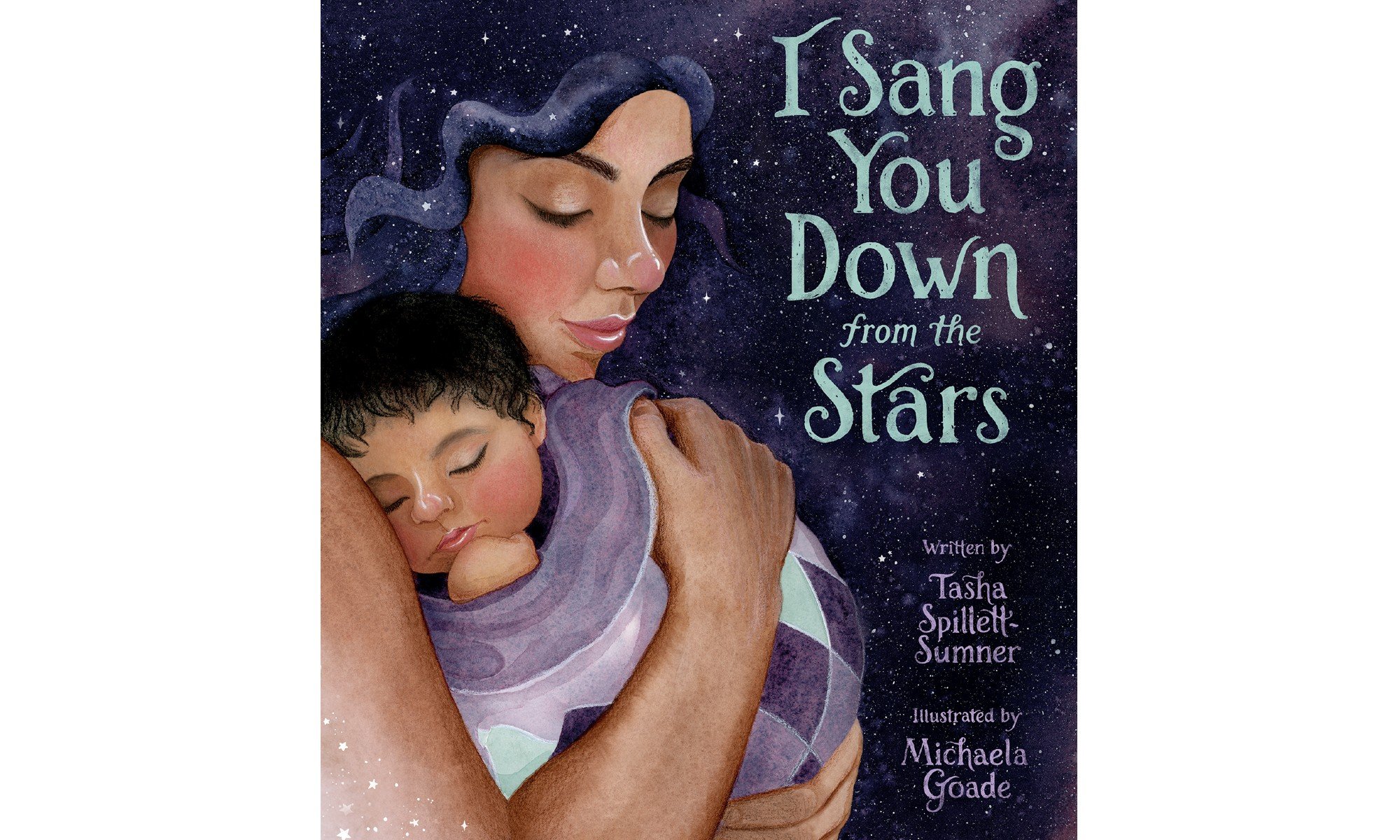 I Sang You Down from the Stars
Tasha Spillett-Sumner and Michaela Goade, ill.
Owlkids Books, April

In this baby book from Indigenous creators Tasha Spillett-Sumner and illustrator Michaela Goade, a new mother collects gifts – a white feather, cedar and sage, a stone from the river – that will give her newborn strength and a connection to tradition and community.

This unique alphabet board book introduces babies and toddlers to the iconic squirrel photography of Nova Scotia’s Nancy Rose. Thanks to the retro aesthetic, playful language, and nutty protagonist, this one’s bound to please tots, older children, and parents.

Using diorama art made from plastic waste, Alma Fullerton tells the story of Isley, who convinces her family to adopt a zero-waste lifestyle after coming across a beached whale who died from ingested plastic. No More Plastic is a love letter to the oceans and its inhabitants, as well as a call to action.

In this COVID-19 picture book, the protagonist’s mom is a busy doctor, who must quarantine in the garage. Meanwhile, the young girl does online schooling, has outdoor visits with her grandparents, and joins her neighbours in showing support for front-line workers like her mom. 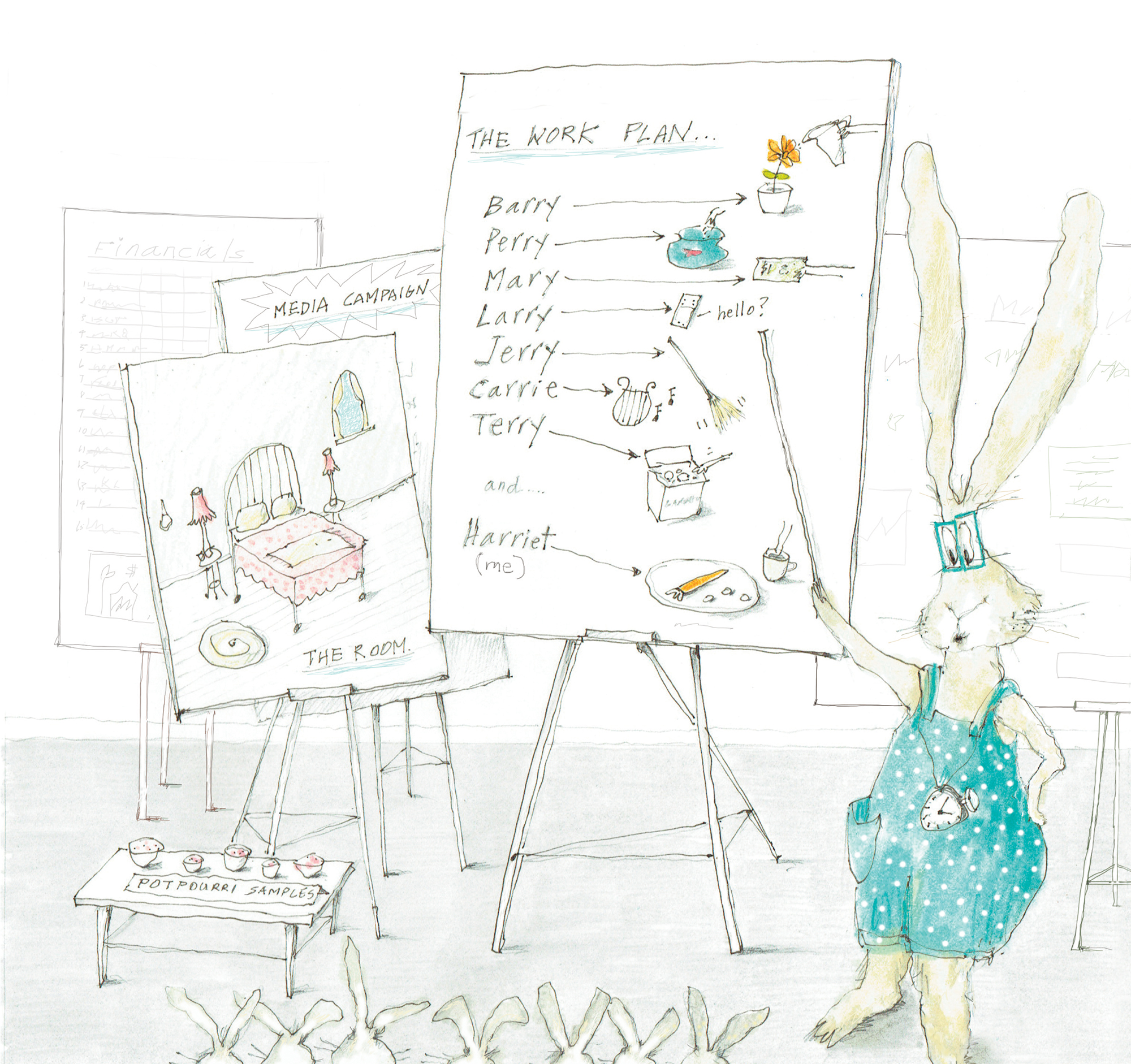 Bunny tales
In Hare B&B (Running the Goat, Books & Broadsides, April), the latest from Bill Richardson and illustrator Bill Pechet, eight bunny siblings rent out their parents’ bedroom. It’s a rousing success – until a coyote checks in. ● Marketed as The Runaway Bunny for a new generation, Happy Dreams, Little Bunny (Little, Brown Books for Young Readers/Hachette Book Group Canada, Feb.) is a lyrical bedtime story from debut author-illustrator Leah Hong, a visual arts graduate of Emily Carr University. ● On the Other Side of the Forest (Greystone Kids, March) – written by Nadine Robert, translated by Paula Ayer, and featuring Beatrix Potter–esque illustrations by Gérard DuBois – is a heartwarming tale of a rabbit father and son and their decision to venture into the scary forest behind their house. 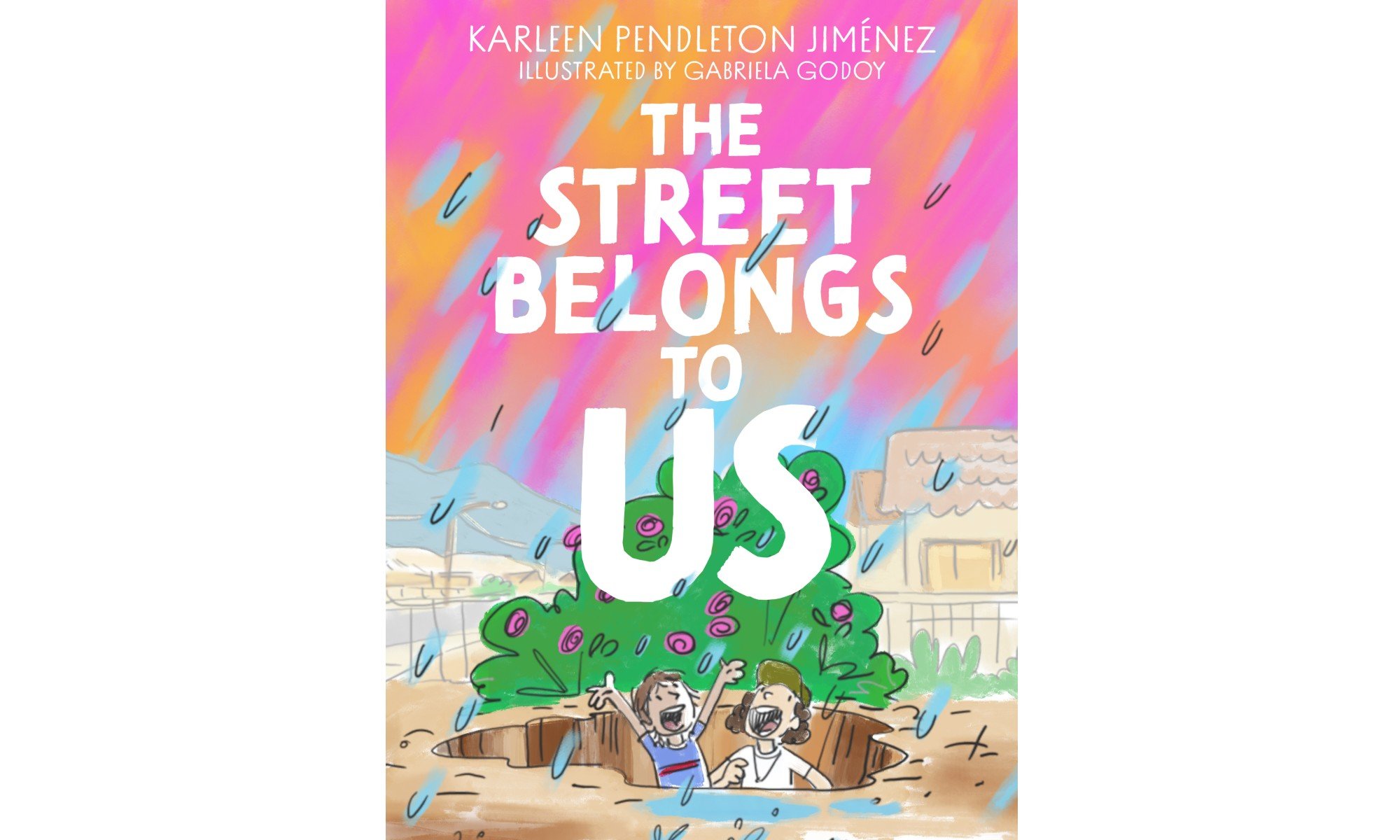 The Street Belongs to Us
Karleen Pendleton Jiménez and Gabriela Godoy, ill.
Arsenal Pulp Press, May

When their Los Angeles neighbourhood is torn up by construction, best friends Alex and Wolf launch an exhilarating street war in the chaos. This summer story explores Mexican-American identity and history, as well as the power of friendship and imagination.

Based on an award-winning short film of the same name by director Zacharias Kunuk (Atanarjuat: The Fast Runner), this book follows a young female shaman-in-training who takes a dangerous journey below ground.

This older middle-grade sports story, set in Scarborough, Ontario, follows a Black cross-country runner who goes from solitary athlete to team player when she connects with her school’s diverse track and field team.

Wilbur is in Grade 9, and he’s a triangle player in the school band. When a ukulele exchange student from Paris is billeted with his family, Wil hopes to up his cool factor – with the help of a Queer Eye–ish intervention – to impress her.

What’s in It for Me?
LS Stone
Rebel Mountain Press, March

Two 15-year-old friends have summer adventures volunteering – one building a school in Africa and the other at an elephant refuge in Thailand – and end up finding themselves facing down child soldiers and rampaging elephants, respectively. 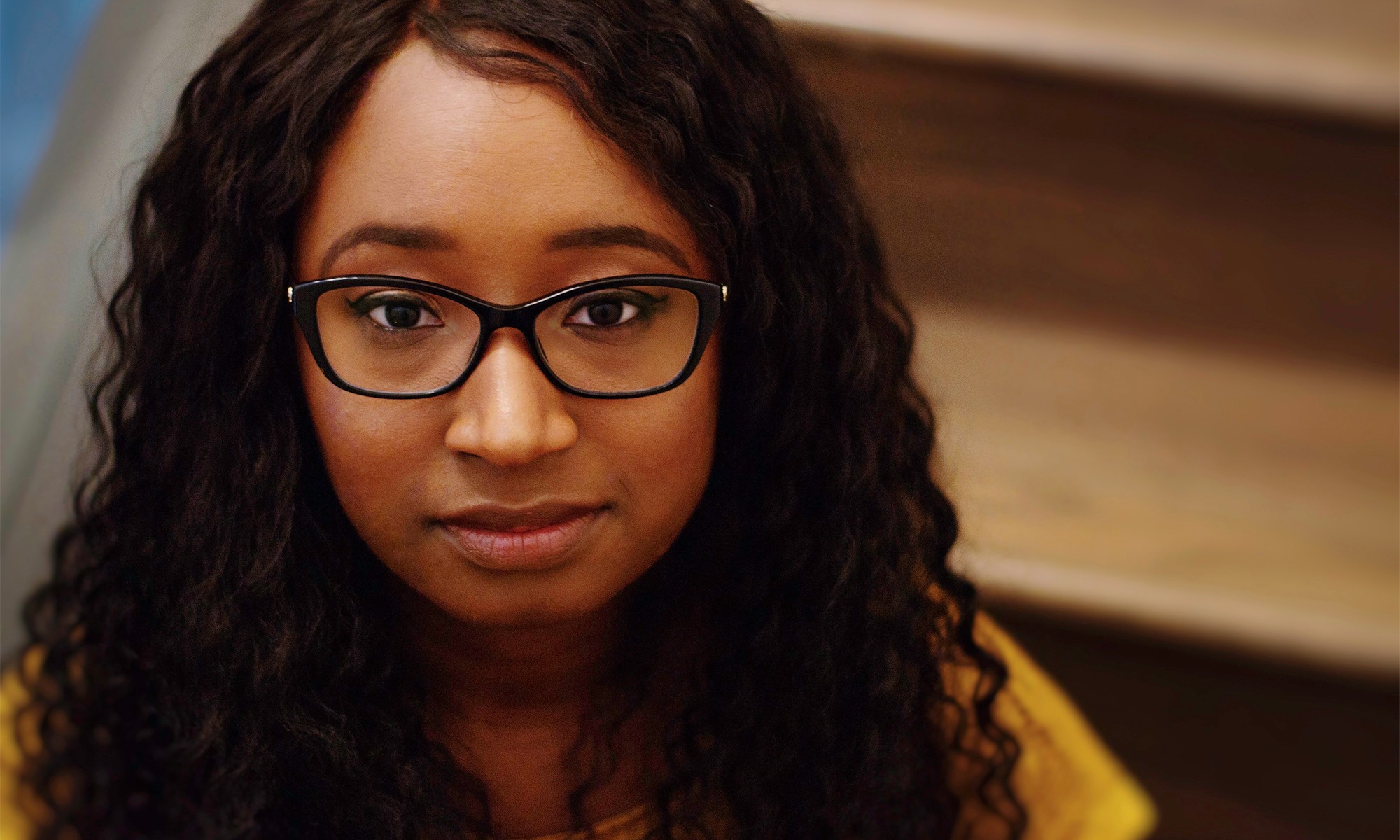 Nigerian-born, Edmonton-based Sarah Everett is a master of teen drama. Her third novel has some This Is Us feels as three teens – two brothers and the girl caught between them – struggle with family loyalty and falling in love.

Trinidadian-Canadian author Liselle Sambury describes her stories as “messy Black girls in fantasy situations.” It’s a fitting précis for Sambury’s debut YA novel. In Blood Like Magic, Voya, a teen witch living in a near-future Toronto, must kill her first love to save her family’s magic. Here’s the issue: Voya has never had a boyfriend, so she must first find a guy, fall in love, and then sacrifice him. To get a preview of Sambury’s wit and style, it’s worth checking out her YouTube channel, where she vlogs about her writing experiences. Episodes include “The Truth About Modest Advances,” “That Time I Wrote a Problematic Book,” “Reading My Writing from When I Was a Teenager,” and “Actually Plotting My Worldbuilding for Once.”

In the latest from Winnipeg kidlit veteran Colleen Nelson, we meet Frankie, who was found in an alley as a child and has no memory of her past. Now, at 17, she’s having dreams of a 100-year-old carnival sideshow and must figure out the connection to her younger self.

Set in Victoria in 1861, Wild Bird’s heroine, Kate, is looking for meaningful work in a society that sees women as managers of the home. Leanne Bough’s third novel also explores the interactions between West Coast settlers and Indigenous people during the time period.

The Story of My Life Ongoing by CS Cobb
Candas Jane Dorsey
Inanna Publications, May

In this coming-of-age story set in 2007, Edmonton author Candas Jane Dorsey introduces Corey Cobb, a rare intersex character in YA novels. Gender choice has never been a big deal for Corey, until their supportive dad dies and Corey is sent to live with a disapproving mother.

When Scottish-Canadian explorer William Epps Cormack wrote about his 1822 journey across Newfoundland in search of Beothuk camps, he referred to his guide solely as “My Indian.” Co-authors Saqamaw Mi’sel Joe and Sheila O’Neill now tell the story from the perspective of said guide, young Mi’kmaq hunter Sylvester Joe.

The Power of Style

The Power of Style: How Fashion and Beauty Are Being Used to Reclaim Cultures
Christian Allaire
Annick Press, April

Growing up on Nipissing First Nation reserve in Ontario, Ojibwe teen Christian Allaire was obsessed with fashion, even though he never came across any Indigenous models or designers. Now Allaire, a fashion and style reporter for Vogue, aims to write about clothes in a meaningful way.

Author Hannalora Leavitt lost most of her vision when she was 12 due to cancer. In The Disability Experience she gets real about the societal impediments people with disabilities face in achieving their goals and celebrates those who’ve brought about change. 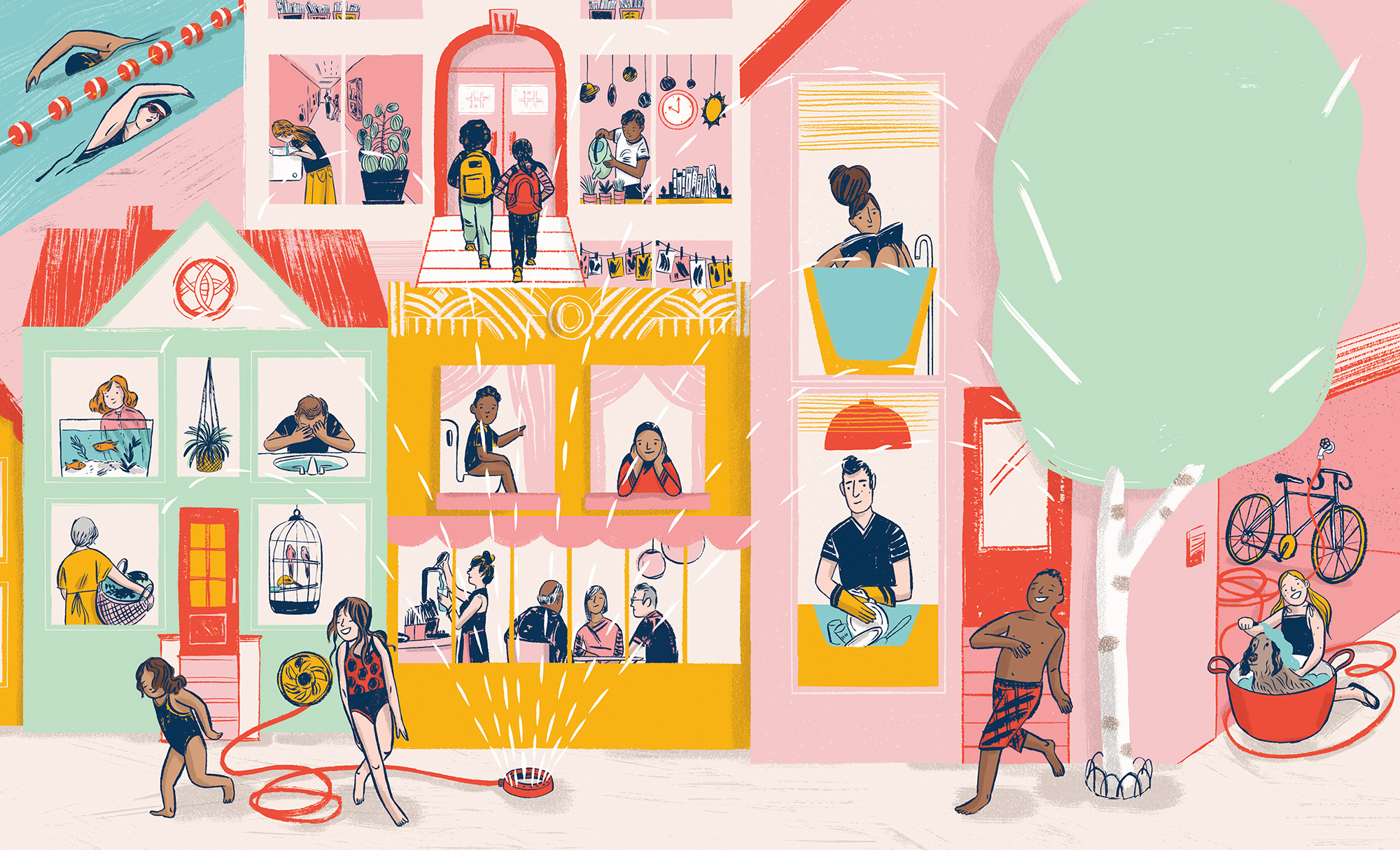 This non-fiction picture book makes clear that water conservation is essential through mind-boggling and fascinating facts about how water moves from the forests, mountains, lakes, and rivers into our homes and back out again.

With this illustrated guidebook in tow, hikes and backyard adventures can be fun and educational. Young explorers are encouraged to use all their senses as they identify trees, plants, and animal homes. Plus, there are definitions (for the likes of “sapling,” “nurse log,” and “lichen”) to broaden your woodland vocabulary.