The Book Publishers Association of Alberta (BPAA) announced the winners of the 2022 Alberta Book Publishing Awards at a live gala at Hotel Arts in Calgary on September 16.

Among the winners were The Prairie Chicken Dance Tour by Dawn Dumont for trade fiction book of the year and Impact: Women Writing After Concussion, edited by E. D. Morin and Jane Cawthorne, for trade non-fiction book of the year. The newly renamed Douglas Barbour Award for Speculative Fiction was awarded to Water: Selkies, Sirens, and Sea Monsters edited by Rhonda Parrish, and there was an unusual tie for book design (Coconut by Nisha Patel and On Foot to Canterbury: A Son’s Pilgrimage by Ken Haigh).

Edmonton-based Laberinto Press was named the emerging publisher of the year and the award for lifetime achievement was given to Carol Holmes, the former executive director of the Writers Guild of Alberta, for her long-standing contributions to Alberta’s literary and publishing community.

Graphic Novel of the Year

Emerging Publisher of the Year 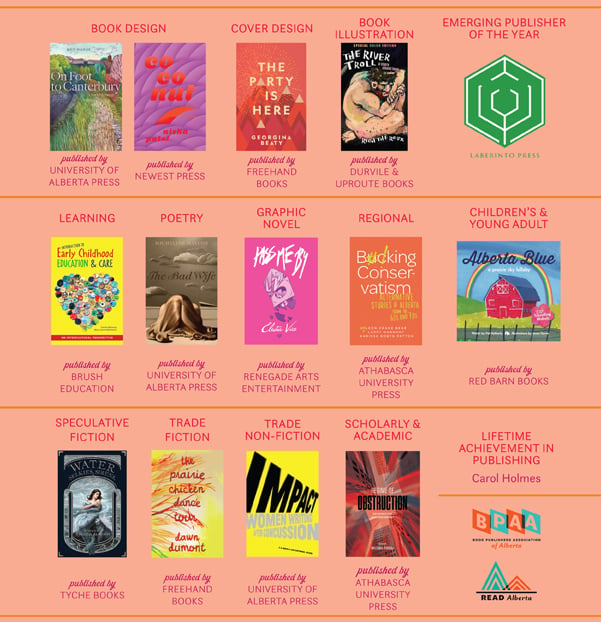