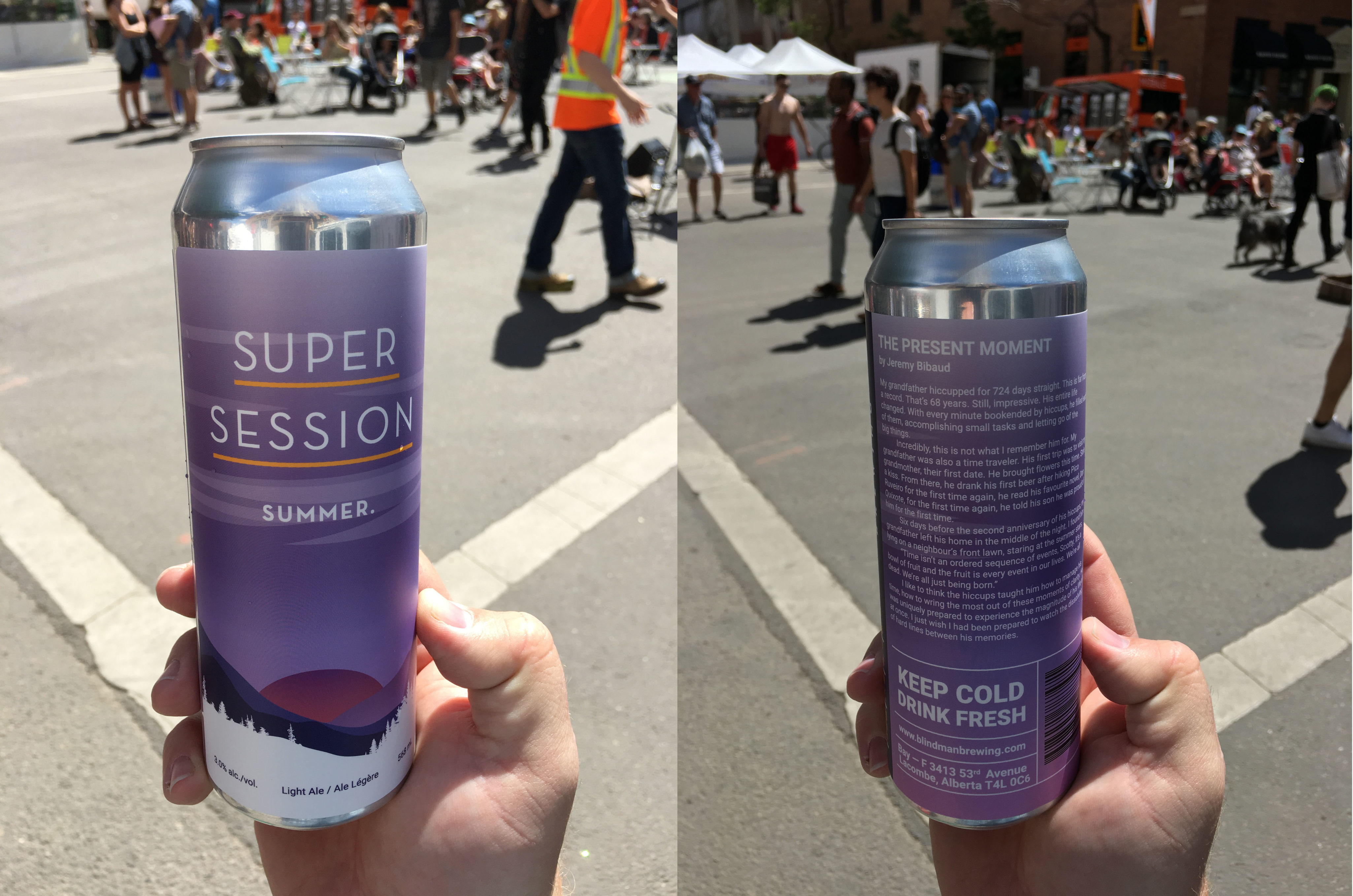 Drinking a beer and reading a good story while sitting on a patio seems like an ideal summer activity. Thanks to Jason Lee Norman, an Edmonton-based writer, publisher, and literary activist, Albertans can now read some fiction off their beer cans.

“I’d been thinking about the idea forever,” says Norman, who partnered with Blindman Brewing, based in the central Alberta town of Lacombe, to print a collection of short stories on beer cans. He knew Kirk Zembal, who worked at Blindman, and emailed him with the idea. Zembal and the other brewery co-owners got on board, and Norman set about trying to find writers. He asked some of his favourite Edmonton writers; in the end he gathered 14 stories by 12 local writers with a word count of around 250 words each.

Norman says he didn’t really have to cut words from any of the stories, which came from established authors such as Thomas Trofimuk and Michael Hingston, and emerging writers like Jeremy Bibaud.

“Once the designer got hold of everything, she did a good job of making everything fit. I don’t think we had to edit anything for space,” he says.

According to Blindman Brewing co-owner Hans Doef, the three per cent, New England–style session ale is one of the first Canadian beers available in a tall, 568-millilitre stovepipe can. Doef says they’re selling well, catching attention at Edmonton farmers’ markets.

The labels feature sun, sunrise, and dusk in different colours.

“It looks really cool when you line all 14 up together,” says Doef.

The limited-edition beer will be available across Alberta until the end of August.