Like Cinderella with a temper, Kickass Annie will never be the same after midnight on Dec. 31. That’s when Koyama Press, the prolific Canadian comic arts publisher featuring the iconic Kickass Annie doodle as its mascot, will close for good.

The former film producer made her unlikely entrée into publishing in 2007. Perhaps her risk tolerance had been informed by two big gambles sparked by a health crisis: chronic illness led her to invest in pharmaceuticals, then a brain aneurysm required precision surgery. Both were successful, and both led Koyama to throw her finances and energy into what became Koyama Press.

As the press winds down, Koyama’s staff joined artists and influencers of the Canadian comic scene to reflect on the once-in-a-lifetime press and the kickass publisher who brought it to life through her blood, sweat, and weekly beers. 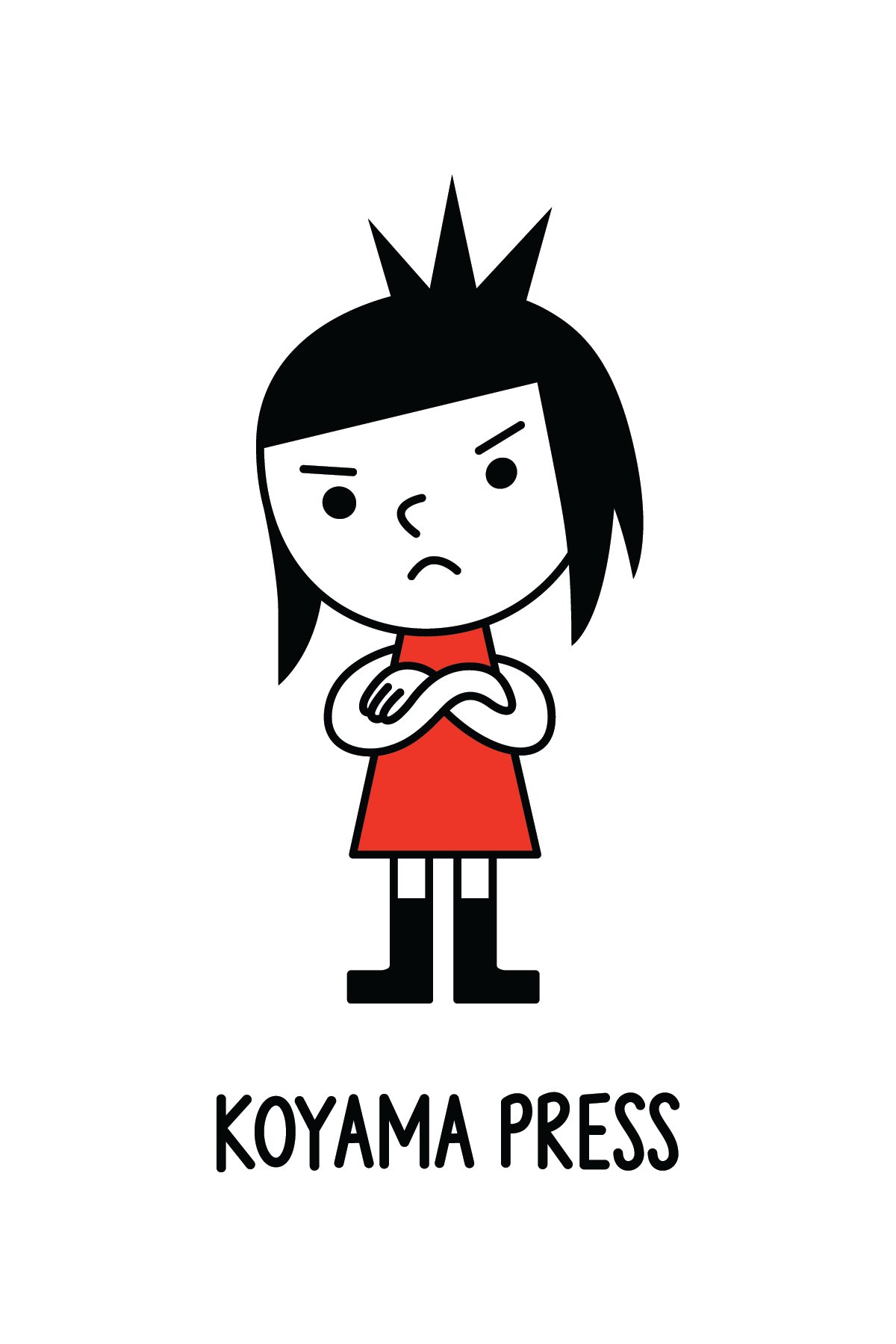 Annie Koyama, publisher: Since I have insomnia, I would often look at artists’ work on Tumblr and on their sites late at night.

Clayton “CTON” Hanmer, illustrator, Trio Magnus: She came over and bought many paintings, in cash. It was crazy! We invited her to Pen Club… and the rest is history.

Aaron Leighton, illustrator, Trio Magnus: Pen Club was where we’d meet up at Future Bistro on Bloor St. [in Toronto] to draw and drink beer. Until the pandemic happened in March, we’d been doing it regularly for probably 15 years. Annie used to come all the time. 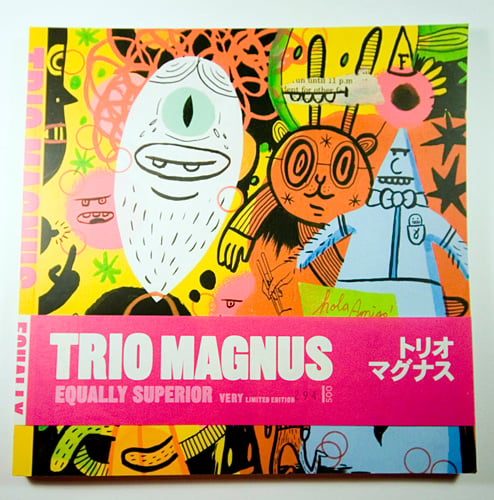 Koyama went on to publish art by Hanmer, Leighton, and Steve Wilson, better known as Trio Magnus, in the collection Equally Superior, which would become the first Koyama Press book.

Leighton: Annie sent the three of us to Tokyo – all expenses paid – to launch our book at Design Festa, a massive arts and publishing festival.

CTON: We hung out in Harajuku for a whole damn month getting ready for the launch. The launch itself was unfortunately not as great.

Leighton: We made a mistake in renting a carpet for our booth because no one wanted to step on it without taking their shoes off, so they’d just lean in and look.

CTON: It was a new wave of comics and art. I will never forget guest lecturing at OCAD [in 2009] when Chris Kuzma, Ginette Lapalme, and Patrick Kyle were all in one class. Imagine!? They were dying to show their work and get it out there… all they needed was a delivery method with the cash to support them… and then came along Koyama!

Koyama: For a few of the books, I knew from the outset that they would have very small, niche audiences. And that was fine with me. Those books are no less worthy of publishing to me. You just have to juggle those titles with bigger sellers in order to stay afloat.

Helen Koyama, financial and administration coordinator: I started in 2009, two years after Annie published her first book. Things had started to get busier and we now had four books, but it was still the two of us stuffing envelopes and running to the post office. [Working with my older sister was] really fun and really hard, as you might imagine. I’ve played both the little sister and the big sister at different times but have always felt respected and listened to.

Ed Kanerva, marketing and production coordinator: I wanted to be the next Karen Berger, so I made up some cards and took them to TCAF [Toronto Comic Arts Festival] in 2010. I handed one to Helen Koyama, and arranged to meet Annie. We decided to start working together.

Helen Koyama: Annie is a mostly serious and hardworking person.

Daniel Nishio, publishing associate: If she’s carrying half an iced coffee, there’s maybe a 50-50 chance she’s been carrying it all day, and has been too busy working to actually drink it. 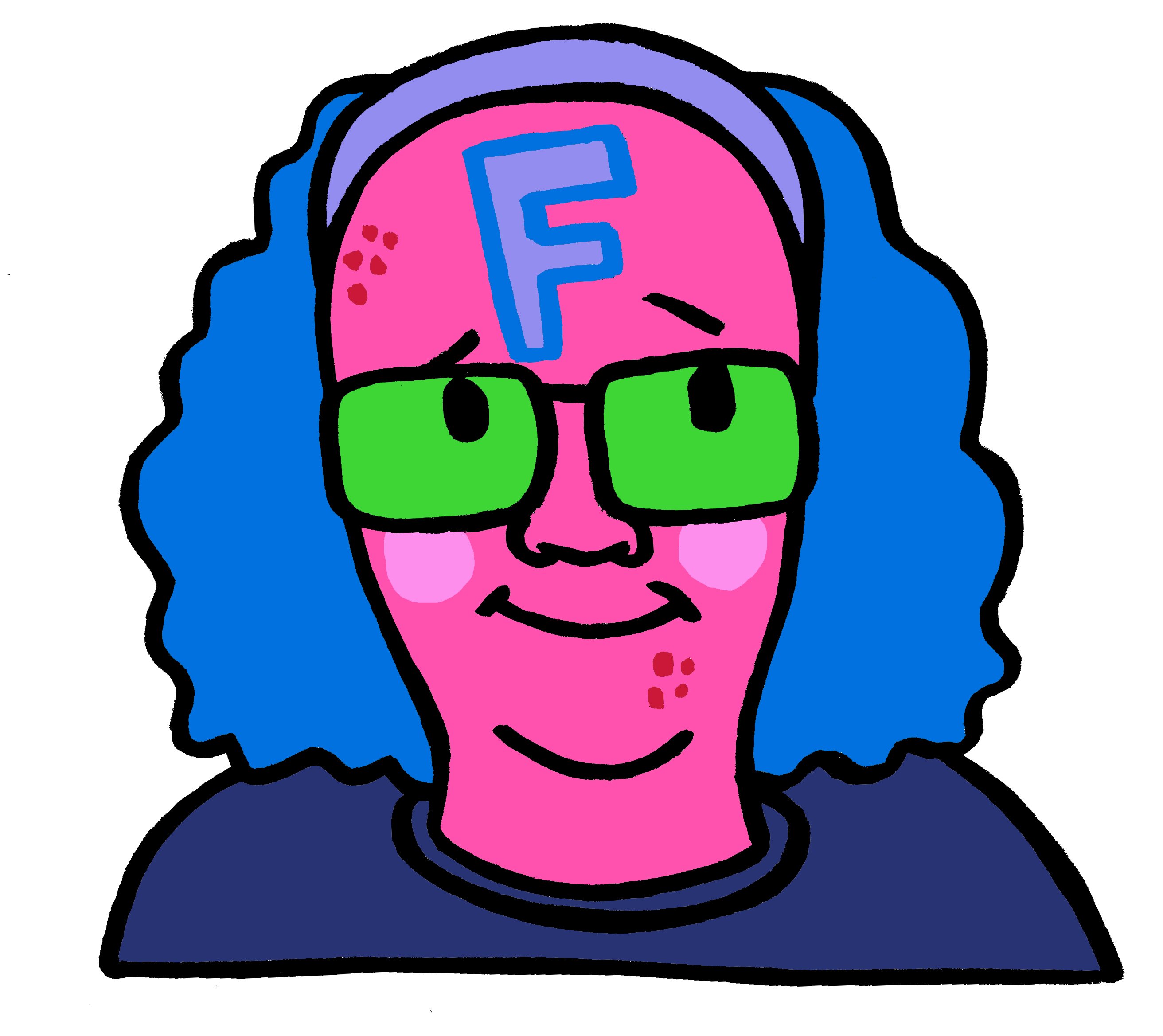 Fiona Smyth, artist: I put out [the zine The Wilding in 2009] and she said, “If you need some help, here’s some bucks your way.” She paid for the second one and she would have continued to if I’d asked her.

I would say to her, I am going to New York for this trip, and she would slip me an envelope a couple of days later and say, “Hey, go check out this ramen place on the lower east side.” I’d open it up and it would be full of American cash. 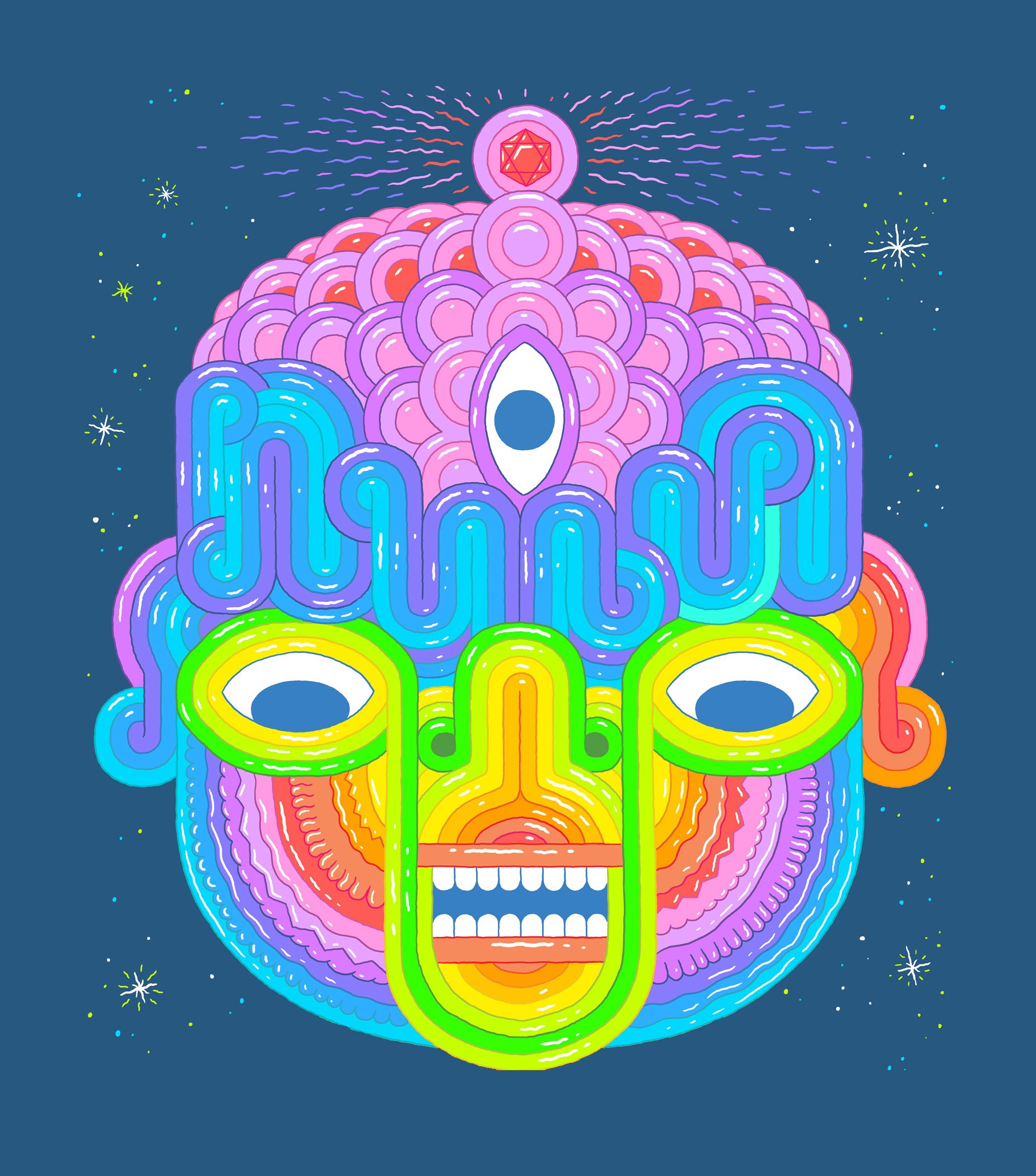 Jesse Jacobs, artist: You have [Michael] DeForge obviously who basically, for me, defined what Koyama was doing in the early days. Definitely got the most attention. And from there you saw Patrick Kyle, Ginette Lapalme, and later artists like Dustin Harbin or Ben Sears, who did completely different work but it did fit under the larger umbrella somehow. It could have just been the packaging and care that Annie was putting into the books.

Kanerva: Each year of the press’s operation we levelled up in some way. From formalizing our contracts into a traditional advance-royalty model, to travelling to more shows, to getting international distribution, to getting block grants, or simply to making more books. We strove to grow in a sustainable way that never lost sight of our artists-first mentality. Over time, at shows like TCAF and SPX [Small Press Expo], we grew to have return customers who would come to say hi, even if they couldn’t buy anything. 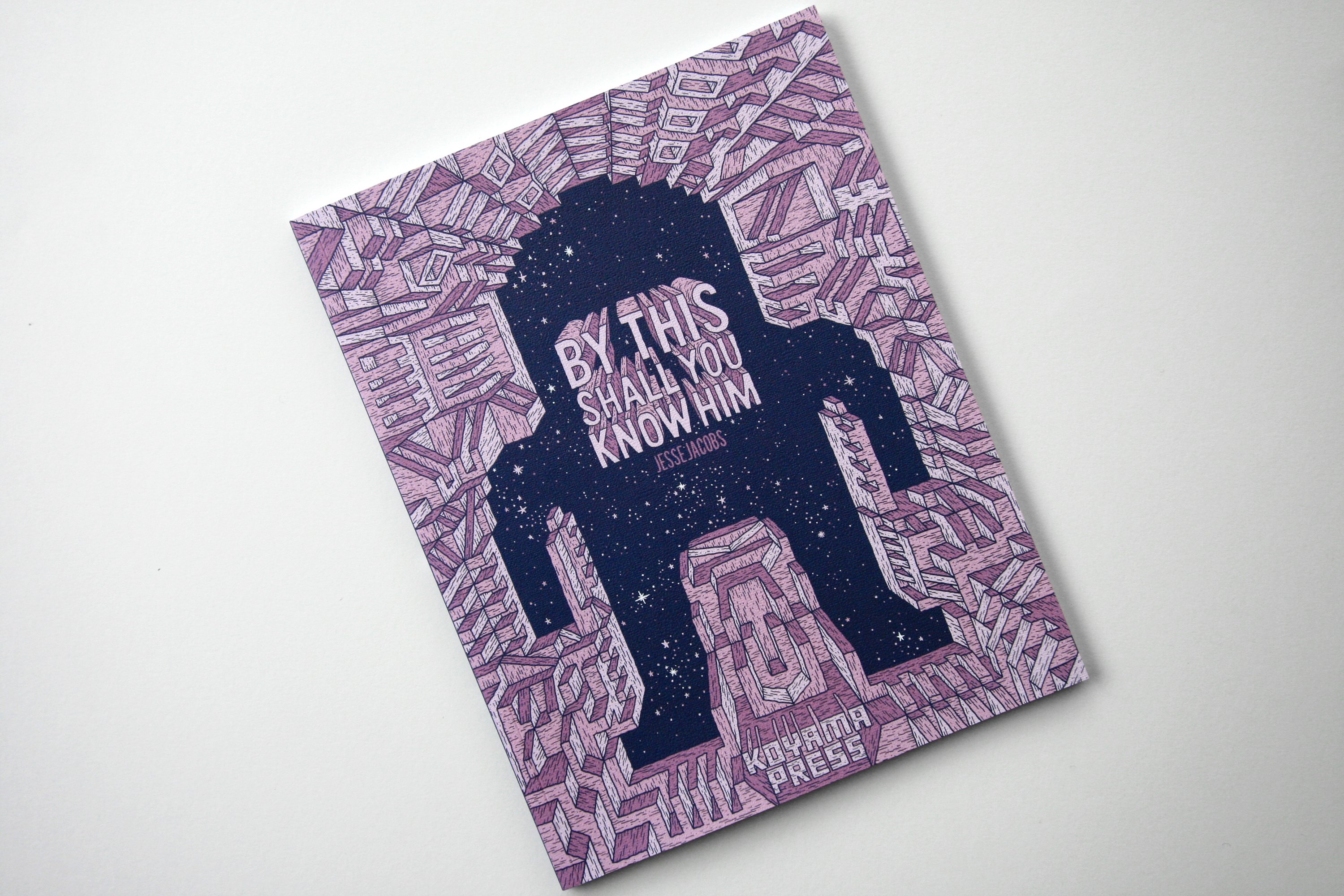 Jacobs: I do remember Annie being so embracing and inclusive that in the beginning the [TCAF] table was a little chaotic. Annie would try to support every artist as much as she could so the signing area was a little crowded. Later rules and schedules were implemented so that we weren’t all crowded together.

Kanerva: Getting international distribution via Consortium [in 2013] and subsequently Ingram brought us an audience and commercial reach that was not possible before. Until then, I would drive books to the Amazon fulfillment warehouse.

Koyama: Getting a large distributor on board changed everything. I had to work more traditionally, expand my staff, and work a few years ahead of going to press on each book.

Helen Koyama: From the financial side, an important change was to a more sustainable business model. We had been paying the artists 100 per cent of the sales we received minus the shipping. Obviously, that was not going to work forever, but Annie did that for about half of our 14 years in operation. 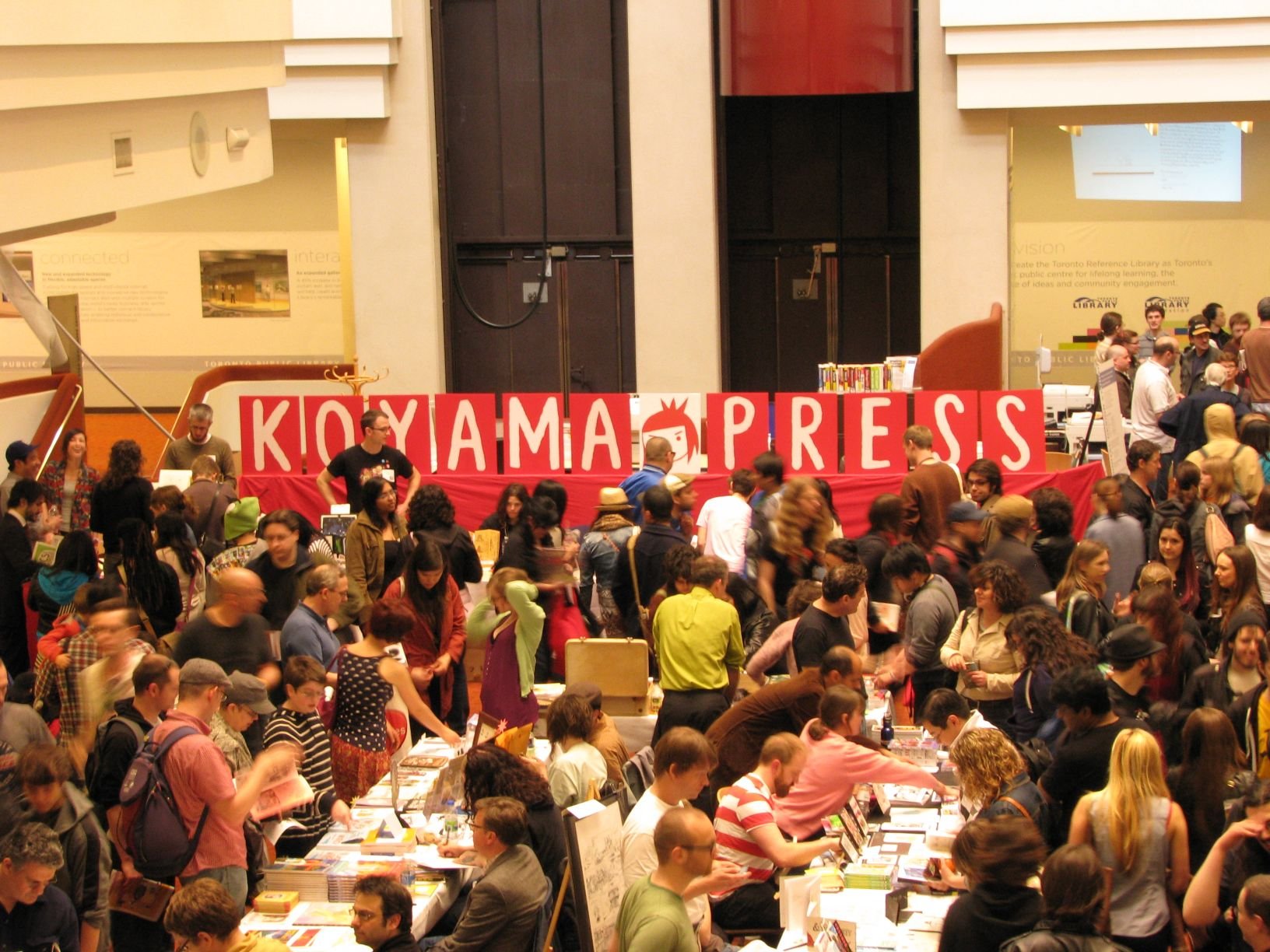 In 2017, TCAF held a 10th-anniversary celebration for Koyama.

Christopher Butcher, TCAF co-founder: Annie’s presence at TCAF 2017 was her most ambitious, from a publishing, exhibition, and logistics P.O.V. I remember her being a little anxious ahead of time, but so relieved, happy, and grateful afterwards. We were incredibly grateful to have her there celebrating with us.

Smyth: Through the years we talked about doing a Koyama Press anthology. Annie said, “What about doing a monograph of your career?” I was thrilled, to get this nod of inclusion with the cool kids. I was a fan and am a fan of all the books that she publishes. 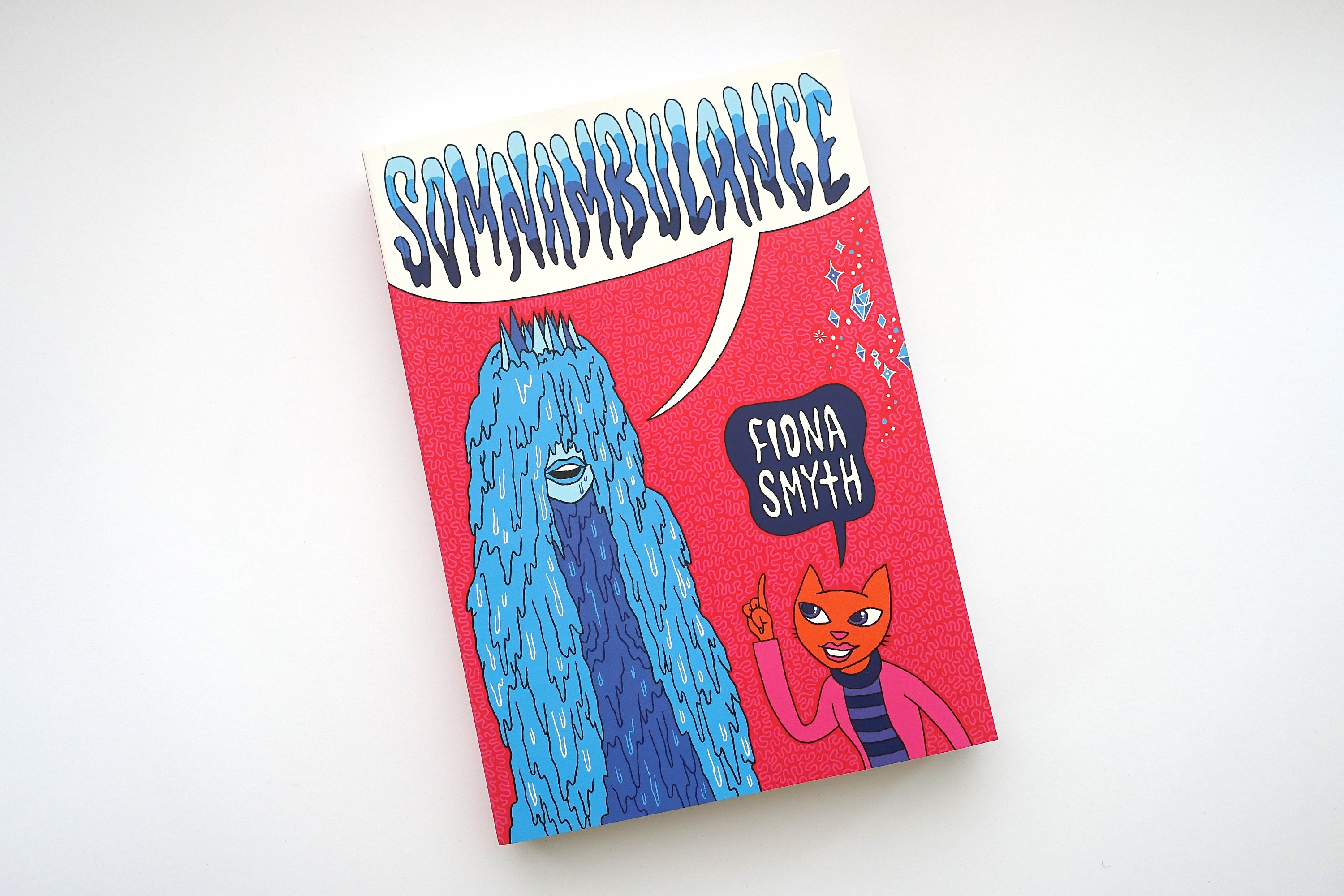 Butcher: I think Fiona Smyth is an incredibly under-appreciated forbearer of the Toronto comics scene, and Koyama Press’s publication of Somnambulance helped to deliver her some overdue respect, and enlighten a new generation to her amazing work.

Smyth: She was starting to let some folks closer to her know that these were the plans. It’s sad, but it’s also such a tough business. Annie isn’t going away and if she can have a better quality of life by easing the pressures of what she’s been giving us all these years now, I am happy.

Nishio: It’s unfortunate that this particular venture is ending, but if anything I’m glad some of the literal headaches might go away for Annie on the business side of things.

Koyama: I continue to live on borrowed time due to a second brain aneurysm that is not operable but it just drives me to do more, quickly. Most days I don’t think about it but the odd time I remember and that re-lights the fire under my butt to get going on all of the projects I want to start.

CTON: Annie celebrates the anniversary of her survival and decision to spend her money on weirdo arts. I think we don’t like to talk about it because it’s a bit of an elephant in the room – the fact that she has this issue that could lead to her demise at any time is very sad to think about.

Kanerva: I think sometimes the narrative of her surviving an illness and her unwavering generosity overshadows just how good of a publisher and tastemaker she is. If all she had done was introduce the world to Michael DeForge her legend would be solidified. 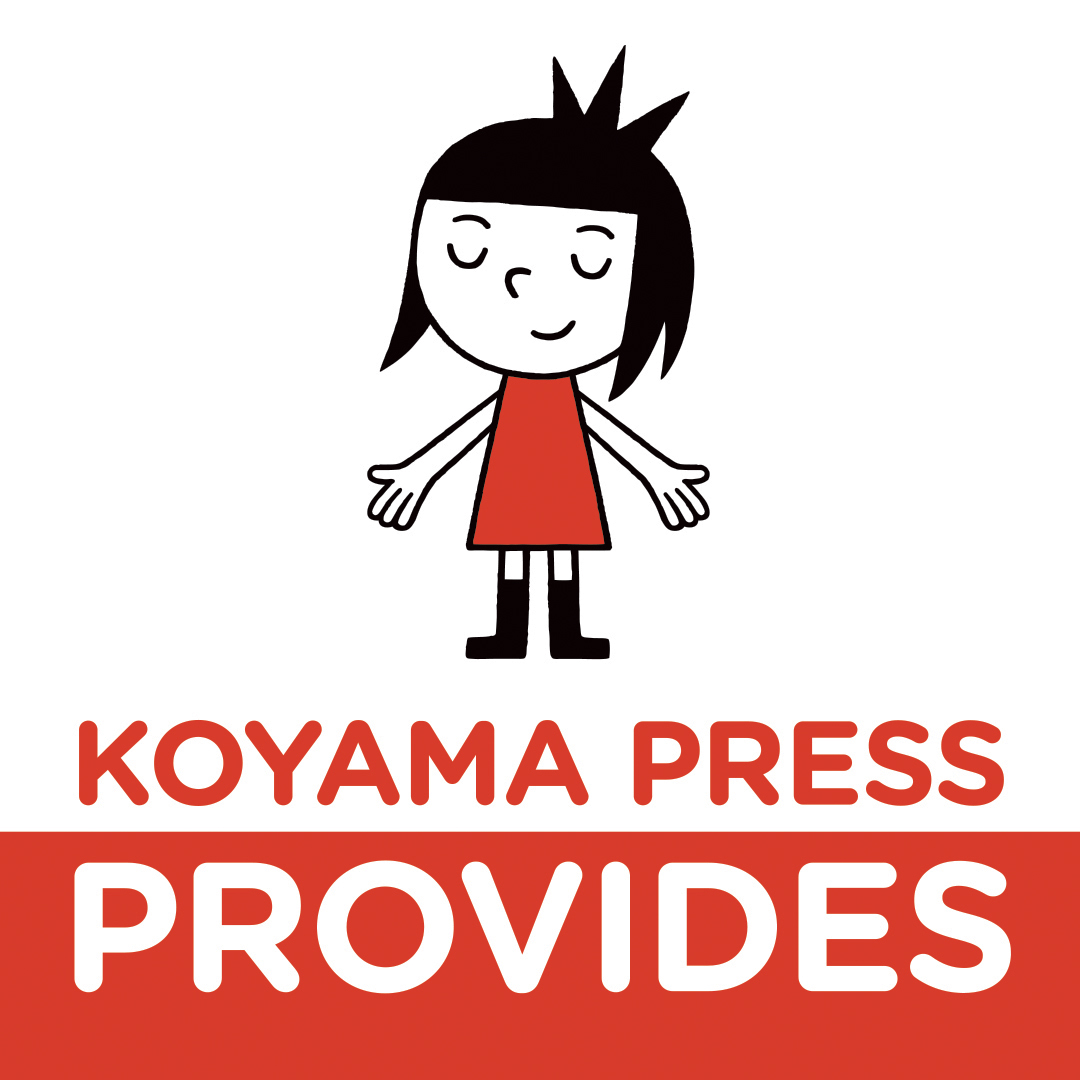 At the beginning of the year, Annie Koyama announced Koyama Press Provides, a series of monthly grants to support indie artists.

Butcher: Her charitable giving and her direct financial support of authors and artists, whether she was publishing them or not, was something of an open secret in our circles even before she announced the Koyama Press Provides artistic philanthropy program.

Smyth: It’s contagious – she does a kindness and then you feel like you need to do a kindness. There are smaller presses that she has helped along the way, and they are doing great dynamic work. There is definitely going to be a hole left but I am hoping that the younger folks who have been so greatly influenced by her will pick up the slack.

Koyama: I hope that people will remember that I introduced a lot of good work and artists to the world, when no one else would take a chance on them. [And that] you can take care of your artists [and] authors in a more holistic way than just being the conduit to getting their book out to stores. 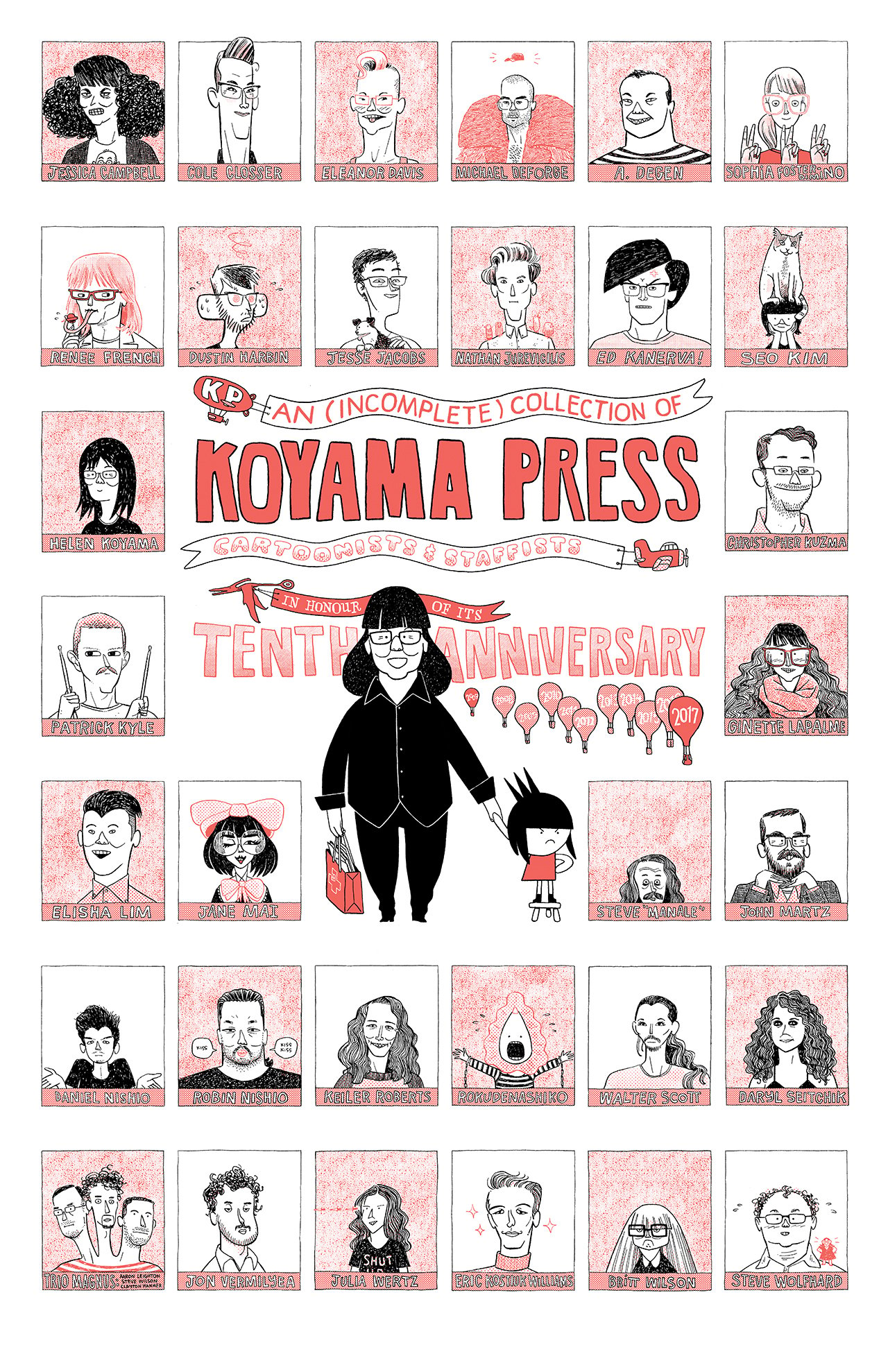