“I plant flower seeds in my ears, mouth and nose,” says Elsa Schiaparelli in this charming picture book. “I sit and wait. Wait to bloom.” Pink flower petals, frocks, and a feverish imagination are at the heart of Kyo Maclear and Julie Morstad’s kidlit biography of the radical Italian fashion designer known as Schiap. Portraying artistic life in early 20th-century Europe, Bloom celebrates resilience and self expression with the elegant prose and delicate illustrations readers expect from a Maclear and Morstad collaboration. 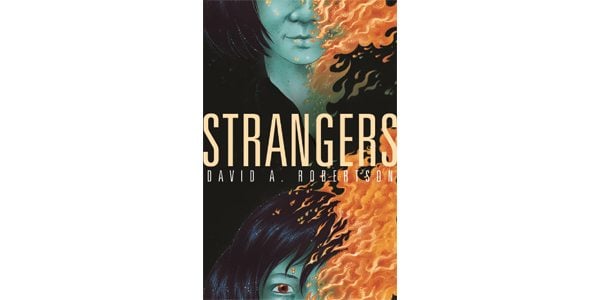 In 2018, David A. Robertson released Strangers and Monsters, the first two books in a supernatural mystery trilogy – intended to be a superhero origin story for a graphic novel series that Robertson plans to write in the future. Would-be crime fighter Cole Harper is a 17-year-old Indigenous youth capable of exceptional strength and speed – when he’s not completely debilitated by anxiety and memories of a past trauma or being jerked around by a shape-shifting coyote named Choch. Robertson’s trademark wit, grasp of superhero conventions, and skill in telling own-voices stories set in First Nations communities are all on display in the Reckoner books, which leave YA readers shaken and exhilarated.

Recently, publishers have been giving young-adult classics – including To Kill a Mockingbird and Anne of Green Gables – the graphic novel treatment. But no title seems more timely or well positioned for this kind of adaptation than Speak, Laurie Halse Anderson’s controversial and award winning 1999 novel about a teenage girl’s depression in the aftermath of a sexual assault. London, Ontario, illustrator Emily Carroll gets across the character’s fear, trauma, and catharsis using large black-and-white panels, punctuating everyday high-school scenes with imposing thick black lines and shard-like imagery. There is no turning away from Carroll’s version of the story, which honours the original novel while feeling completely unique.

Christopher Paul Curtis’s latest middle-grade narrative is told from the point of view of two white Southerners – naive sharecropper’s son Charlie Bobo and vile plantation overseer Cap’n Buck, who has coerced Charlie into helping him track down a formerly enslaved family now hiding in Detroit. It’s hard to imagine a more terrifying villain than the Cap’n or a more endearing protagonist than Charlie, whose moral awakening comes by way of a visit to Buxton, a free-slave community in southwestern Ontario. In this third Buxton book, Curtis offers up another superb work of historical fiction that will satisfy readers of any age.

Quebec political cartoonist Jacques Goldstyn marks this year’s 100th anniversary of Armistice Day with a heartbreaking picture book about two childhood friends. Jules is born two minutes after Jim and throughout their lives the former always arrives at their mutual destination two minutes later than the latter, including one fateful morning on a French battlefield. Goldstyn tells this powerful and moving story of friendship and the futility and violence of war with deceptive simplicity.

In the first instalment of what is likely to be a very popular early–middle grade series, Megabat slurps up juice boxes, watches Star Wars movies, and subsequently uses his juice box straw as a lightsaber. This talking fruit bat charms everyone he meets: a young boy named Daniel, a pigeon love interest, and discerning young readers.