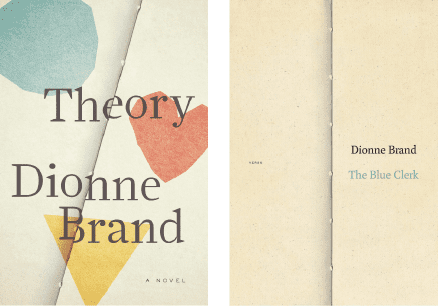 Numerous authors in 2018 experimented with form and genre in their work (Tanya Tagaq, Rachel Cusk, Sheila Heti, Kathy Page), but only Dionne Brand proved audacious enough to do so in not one but two releases, simultaneously. Theory is a novel of ideas that also has a lot to say about love and gender and identity, while The Blue Clerk is nothing less than a reckoning with the entirety of Brand’s poetic outlook and philosophy. Together, these books showcase an author determined to wring new meaning out of language and to test the bounds of technique and literary style. –SWB

Something for Everyone
Lisa Moore
House of Anansi Press

Following a 16-year hiatus, Lisa Moore makes a triumphant return to the genre she excels at. The stories in Something for Everyone run the gamut from naturalism to expressionism to the literary equivalent of pointillism and see Moore extending her technical range in new and exhilarating directions. From noir tropes to historical fiction to the staggering novella-length closer, this collection more than lives up to its title. This is prose with the concentration and metaphorical heft of poetry. –SWB

Rawi Hage returns to the setting of his ferocious debut – 2006’s De Niro’s Game – with his fourth novel, a scabrous examination of existential pain, the costs of being an outsider, and the wages of war. Less angry and more melancholy than the earlier work, Beirut Hellfire Society nevertheless plumbs the depths of degradation and despair that armed conflict can wreak, all while remaining oddly hopeful about humanity’s ability to find beauty in the darkest places. –SWB

Montreal author Paige Cooper explodes out of the gate with what must qualify as one of this year’s most adventurous and technically accomplished debuts. The stories in Zolitude rub up against fantasy, mythology, and SF but remain wholly original to Cooper’s unique sensibility. From the feminist rage of “Moriah” to the tender exploration of loneliness in the title story, Cooper appears almost frighteningly assured in her approach and execution. The author wields language like a finely tuned instrument: the sounds she produces are often strange and unfamiliar but never less than extraordinary. –SWB

Props to anyone who put Esi Edugyan’s latest in their lit-award betting pool. Her epic historical novel Washington Black scored the most prize nominations of any Canadian book this year – and with good reason. Edugyan builds on existing post-slavery narratives through the life story of her titular character, a naturally gifted young artist who escapes from a Barbados plantation in a hot-air balloon, only to discover the inherent limits to his freedom as a Black man. An astute examination of the relationship between racism and privilege, wrapped in an engrossing around-the-world adventure story. –SC

If K.D. Miller had produced nothing other than “The Last Trumpet,” the opening entry in this collection of linked stories, she would still have a place on any list of this year’s best fiction. Taking up themes of aging, loneliness, and regret, “The Last Trumpet” is one of the saddest, most affecting pieces of short fiction to appear in this country in recent memory. But that story is just the first blast in a collection that is consistently engaging and assured. The stories in Late Breaking – loosely tied together by recurring characters, a focus on aging and death, and the paintings of Alex Colville – are moving and beautifully written. –SWB

The harrowing childhood stories in Lindsay Wong’s award-nominated memoir – which chronicles her family’s intermingled mental-health struggles and their staunch belief in Chinese ghosts or the “woo woo” – would have been unbearably bleak if written by a lesser talent. But Wong’s astonishing debut crackles with energy and humour, grounded by a deep sense of empathy. –SC

Vancouver writer Andrea Warner spent more than 40 hours interviewing iconic Cree musician Buffy Sainte-Marie, during which time the two formed a tight bond. Their friendship comes through on the page, underlying this comprehensive biography of Sainte-Marie, whose numerous accomplishments as a composer, activist, and digital pioneer have been sorely overlooked. A fascinating, often heartbreaking portrait of an Indigenous woman who survived decades of systematic abuse, racism, and misogyny to emerge as one of the most vital voices of the past 50 years. –SC 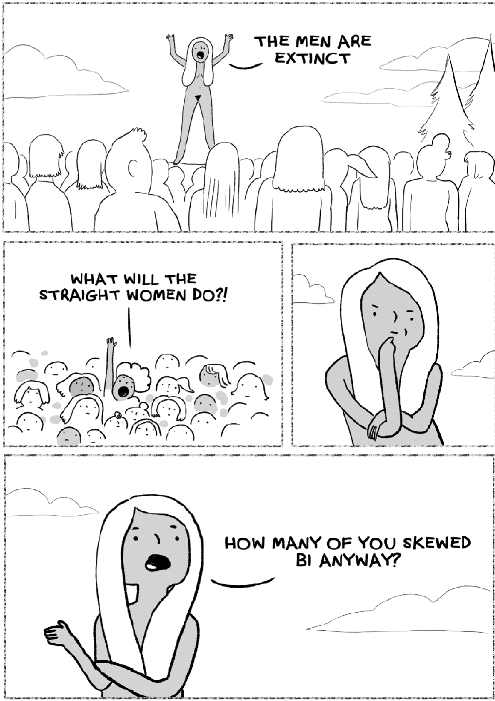 You’d be hard pressed to find a woman who hasn’t imagined during this past year, if only for a second, what a post-apocalyptic world would look like if all men vanished. Aminder Dhaliwal’s popular Instagram comic, now collected in book form, is a sly but hilarious rendering of this scenario, buoyed by its light-hearted approach to modern feminism. The sharpest comics debut since fellow D&Qer Kate Beaton’s Hark! A Vagrant. –SC