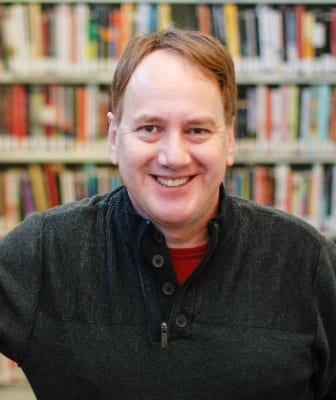 Imagine you live in a nation where the majority of writers that pen novels about your nation and people are from somewhere else. Their books dominate your nation’s literature, win the most awards, get most of the media attention, and thus sell the most copies. These writers have made a comfortable, sometimes highly lucrative, living off the stories of your people.

Well, that’s the way it is with Indigenous crime fiction, a.k.a. Native American mystery. Millions of books have been sold in this sub-genre, but most of the novelists who reap the benefits from this success aren’t Indigenous.

Tony and Anne Hillerman, Margaret Coel, Thomas Perry, Kathleen and Michael Gear, Aimee and David Thurlo, M. J. McGrath, James D. Doss. These are the names that constantly pop up when people talk, read, or write about Indigenous crime fiction. The Goodreads Top 50 Native American mystery novels list has many of these names but only one Indigenous writer – Jessie Cox of the Muscogee Nation.

Bookselling giant Barnes and Noble has 14 webpages of books filed under Native American mystery, including many of these names, but the first sighting of an Indigenous writer comes on page seven. There are other lists, but the key thing is that these few non-Indigenous writers overwhelmingly outnumber Indigenous one.

“It’s never healthy for any small number of writers to be the template for a genre, as it erases the important perspectives, voices, and contributions of so many others,” says Daniel Heath Justice, Canada research chair in Indigenous literature and expressive culture at the University of British Columbia and author of Why Indigenous Literatures Matter. “And it creates a vicious cycle, as readers find these works appealing and have little appetite for more complex, nuanced, and culturally relevant works that don’t reinforce popular stereotypes. When that happens, publishers are hardly likely to support the accurate stories over the flawed but profitable ones.”

The Native American crime books written by non-Indigenous writers are entertaining in their own way. Primarily set in rural locations, these books are usually very big on landscapes, and get many details correct about the beauty and breadth of the land. But they are still populated with stereotypes about Indigenous people.

The Stoic Warrior, the Uncanny Tracker, the Magic Indian, the Comic Relief Indian, the Wise Elder, the Savage Indian, the Badass Native, the Environmental Activist, the Corrupt Chief – these broad portrayals take up a lot of character space in these novels.

Including these stereotypes in successful novels creates a false sense of authenticity. “It makes white fantasies about Indigeneity the ‘authentic’ standard, and Indigenous stories that don’t uphold white prejudice somehow less legitimate,” says Heath Justice. So crime novels by actual Indigenous writers with more nuanced portrayals can seem less authentic to a general readership, reviewers, and the media, and thus less publishable.

Sometimes, one of these big-time writers of Indigenous crime fiction is so successful they begin to believe they are more expert and authentic than the Indigenous people they are writing about.

“I know a hell of a lot more about the Navajo culture than most Navajos do,” said Tony Hillerman, the author of mega-selling Leaphorn and Chee books, during a “lost” 1984 interview that appeared in the Dec. 4, 2017, edition of the Los Angeles Review of Books. “They’re like the average Kiwanian, the average guy you’d run into on the street. Ask him about his religion and he’ll refer you to a preacher. Most Navajos are the same way.”

This is not to say that writers can’t write whatever they want. This isn’t about that. This is a group of writers from the established majority (mostly white, European-descended writers) dominating a sub-genre about people from a historically oppressed minority (Indigenous peoples) who were for many decades legally prohibited from telling their own stories. Residential schools and the so-called potlatch ban, all overseen by legislation such as the Indian Act in Canada, were designed to remove Indigenous peoples from their cultures, ceremonies, and stories in an attempt to force them to assimilate in North America’s Euro-centric mainstream. And for the publishing, editing, and bookselling establishment, continuing to publish Indigenous crime fiction mostly written by white writers is business as usual.

Which is odd considering the crime genre. Crime readers can be very picky and unforgiving if a writer gets the tiniest details wrong about firearms, police procedure, history, or even basic geography. Many also value authenticity. There’s a deep sense of pride in the crime-fiction world that the genre is a more authentic view of the world than many other literary genres. Still, in the sub-genre of Indigenous crime fiction, books that are popular seem to be more important, even considered more authentic, than books written by actual Indigenous writers. But Charlie Chan – an amalgamation of Chinese stereotypes played by a series of white actors – was once very popular too.

So remember these names: Thomas King, Mardi Oakley Medewar, Sara Sue Hoklotubbe, Tom Holm, Louis Owen, Philip McLaren, Tony Birch, Alison Whitaker. These are some Indigenous crime writers; you may know a few. Make the effort to find the others. And to find more. Cause if we’re serious about crime fiction being a more authentic voice than other literary genres, then we should be reading, publishing, reviewing, and selling authors who reflect those values.

Wayne Arthurson is a writer of Cree and French Canadian descent. He is the author of five novels including the award-winning Leo Desroches crime series.