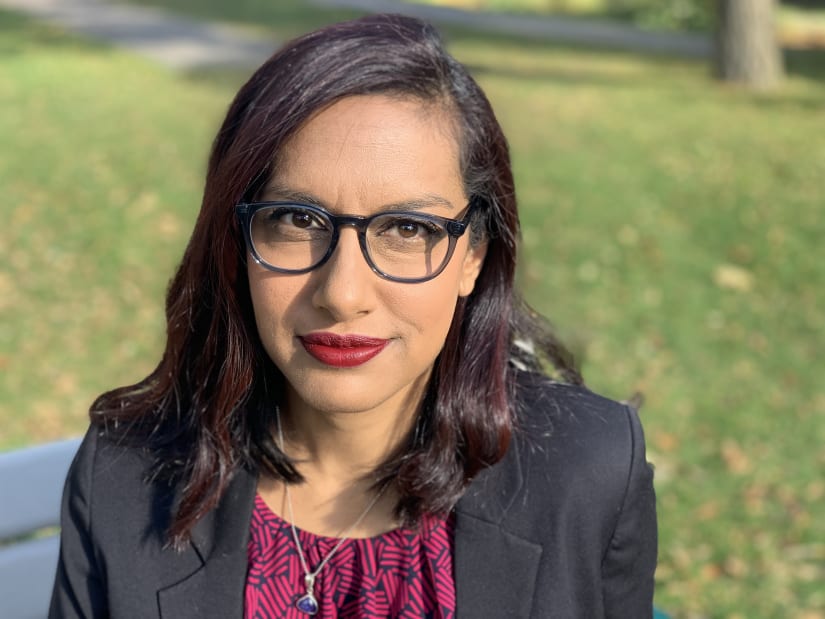 In late December, the Romance Writers of America came under fire after suspending author Courtney Milan for publicly criticizing Kathryn Lynn Davis’s 1999 novel Somewhere Lies the Moon for its depiction of Asian characters. The backlash was swift, resulting in the cancellation of the association’s annual awards after numerous sponsors, authors, and publishers pulled their support. Subsequently, RWA’s executive director, president, and seven other board members all resigned (*Update: the remaining board members have now quit). The fate of the organization’s national conference in July still hangs in the balance.

Until about six weeks ago, Toronto Romance Writers – an official chapter of the RWA – had been a thriving group, serving more than 100 local members. But the fallout of the group’s association with the U.S.–based parent organization has been severe. Many authors are choosing not to renew their memberships, and now Farah Heron, author of the bestselling novel The Chai Factor, is stepping down from her position as chapter president.

Heron spoke to Q&Q about her difficult decision and the future of Canadian romance writing.

How would you describe the membership of Toronto Romance Writers?

As of January, we had about 120 members. It’s a mixed group, about a third traditionally published and hybrid (both traditionally and indie published), a third self-published only, and a third unpublished. We have members from all over Southern Ontario, and our monthly meetings in Toronto are usually attended by 30–50 members. Our members come from diverse cultural and racial backgrounds, and there are many from the LGBTQ+ community. We write in various subgenres of romance, including contemporary, rom-com, historical, mystery, science fiction, fantasy, young adult, romantic suspense, and paranormal romance.

How has what happened with RWA affected the Toronto membership?

Since Jan. 31, we are down 20 members, and by the end of February, we will lose another 15. These are all members whose membership was expiring, and they chose not to renew due to the issues in the national organization. And as rolling expiry dates continue, we expect to lose more members each month. Also, we have lost speakers for both our annual conference and our monthly workshops, and we have had agents and editors tell us they cannot support and attend our conference unless we disaffiliate with the national organization.

But more than anything else, our members are angry. They feel betrayed by RWA leadership, and are frustrated by the lack of communication, and poor decisions board and staff have made. Many of our members feel they can no longer support an organization that is so resistant to taking an anti-racist stance, and has long allowed ableism, anti-Semitism, and intolerance towards LGBTQ+ members to continue.

Do you think there’s an opportunity for some other group to form outside of the RWA umbrella?

Toronto Romance Writers has an over 30-year history, and during that time the chapter has grown into an inclusive, accepting, and vibrant chapter. We have a reputation as one of the best writing groups in Toronto, due to our high-calibre monthly workshops and supportive community. And although our annual conference is only two years old, it has already gained respect in the romance and in the Toronto writing community. All those accomplishments are ours, and were achieved without the help of RWA, other than in name. I firmly believe that our TRW community can continue to serve Toronto-area romance writers, whether it is through a new group, or whether we find a way to continue without affiliation with RWA.

TRW has done a great job in becoming an inclusive organization, thanks in part to your efforts. Moving forward, do you see more informal opportunities to continue that good work in the community?

One of my mandates when I became president of TRW was to work to create a more accepting and welcoming space for all marginalized writers. I’ve personally reached out to authors of colour who were apprehensive about joining, and have helped create a community for local romance authors of colour for informal mentorship and support. I can continue most of these efforts, even as I step away from leadership in TRW. Also, in a larger scale, one of the side effects of this current crisis is that it has revealed a need for a Canadian network of romance authors, because we have unique questions and perspectives on publishing genre fiction. Having no advocacy for Canadian romance has prevented this genre from being seen as a vital part of the publishing industry here. As such, a network of Canadian chapter leaders are in the early stages of exploring how best to support Canadian romance writers going forward.

Would you ever consider returning as a member to RWA? What would they need to do to make things right?

I don’t think I would rejoin. Large changes are needed, and it’s almost impossible to steer an organization that large. The systematic racism and lack of support for marginalized writers has been a problem in the organization since its inception, and to weed it out now would require a tremendous effort and commitment. The only way forward is to make RWA profoundly uncomfortable for those who don’t actively support anti-racism efforts, and I don’t see any evidence of RWA being willing to do that. And I don’t personally think I need RWA to succeed in my career.

I would imagine that it’s a challenge balancing your own writing with the politics of the community. What have you learned through this experience about making space for yourself and your own work?

My takeaway after all this is the realization that the only way this industry – and that includes professional organizations, publishers, media, and readers – will allow marginalized authors to thrive and succeed and be given the same opportunities as other writers is for more of our stories to be out there. This industry is already harder for us, and my focus is better spent writing my books than trying to fix institutions who are failing due to systemic racism from within. And I can’t write my books – my joyful, hopeful, optimistic books about brown people falling in love – while also fighting for our right to exist here.

Can you share what you’re working on right now?

Yes! I am just finished a round of edits for my next book (new title coming soon), which will be out in spring 2021 by Forever/Grand Central Books. It’s a rom-com set in Toronto, with two South Asian Muslim characters navigating intrusive families and career setbacks, and coming together through their love of home cooking and the food of their culture. I’m working on another rom-com as well, which will be out about a year later.

This interview has been edited for clarity.