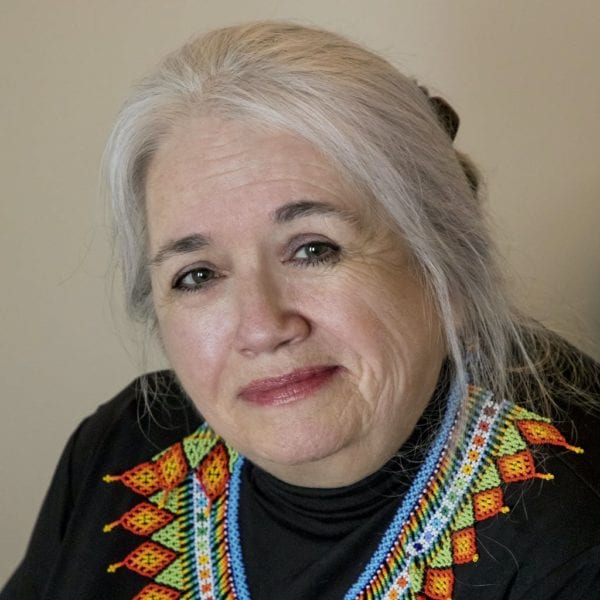 Her debut novel, Five Little Indians (Harper Perennial/HarperCollins), follows the lives of five residential school survivors over decades as they try to move past their trauma and find their place in the world.

Good, a member of Saskatchewan’s Red Pheasant Cree Nation and the daughter of a residential school survivor, worked for Indigenous organizations for many years before getting a law degree and advocating for survivors. She graduated from UBC with an MFA in Creative Writing in 2014 – a degree she earned while continuing to practise law and manage her own firm. The first draft of the novel, her thesis project, won the HarperCollins/UBC Prize for Best New Fiction.

Good spoke to Q&Q from her home in British Columbia about her latest win.

Congratulations! What does winning the Governor General’s award mean for Five Little Indians – and for you?
It’s a tremendous honour to have this bestowed upon me. Any time there’s this kind of nomination or a win, it elevates the book in the public eye. To me, that’s the most important thing about it, because the more elevated it is, the more readers there will be, and more hearts and minds will have the opportunity to consider what I’m trying to say in this book.

Why is it important that people read the book?
It’s really important that people read about this because it was written to respond to a question I heard so many times, and that’s people saying, “Why can’t they just get over it?” This is just reflective of a real lack of understanding, a lack of knowledge, about the true impact of these schools. They’re asking us to forget 150 years of taking our children away. It’s 150 years of children between the age of 6 and 16 being raised by institutions, taken from their family, taken from their community and raised by institutions, under great threat of psychological and physical harm. How could anybody forget that? So that’s what I hope that people will take from this book. Every time the book is elevated by a nomination, it inspires more people to read it, more people to reach out.

The book has been elevated by quite a few nominations.
I know! It’s just stunning in a literal sense. I’m sort of walking around pinching myself: is this really happening? The fact that it’s happening in a pandemic as well, you get the notification and then it’s like, okay, now time to feed the dog. If it wasn’t the pandemic, there would be galas, there would be time celebrating with friends. All that stuff isn’t happening and there’s that feeling of, if a tree falls in the forest and nobody sees it, did it happen? It’s a little odd, but it’s great.

After working on the novel for nine years and sitting with the idea for even longer, what is it like to have it out in the world, nominated for all these awards?
It’s astonishing. I really had some doubts about going ahead with (publishing) it, but obviously I did. It just couldn’t possibly have been a better outcome, and it’s an outcome that I really didn’t expect. I thought this would be a niche book, that it would have a respectable performance with a niche audience that is interested in these kinds of things. This kind of broad-based response to it was not even in my consciousness.

What is it like to have met with such success with your first book at the age of 64?
It’s almost an oxymoron, debut novelist at 64. My attitude about living is that this life that we have is not a dress rehearsal. This is it. If you have things that are important to you, things that you feel driven to do, then you must do them. In fact, it probably brings a maturity to the writing that I wouldn’t have had if I had written this book at 30, or 25, or even 40.

Is there anything you’d like to add?
Reader response is so meaningful to me. People reach out to me through my webpage and I get emails from readers who just have the most incredible things to say. One that really grabbed me was, “I just didn’t know, but after reading your book I’ll never forget.” [I hear from] people from all walks of life: I got this tremendous response from a judge, from survivors themselves who say that it’s a reflection of their experience, from the children of survivors. That reader response just means the world to me.