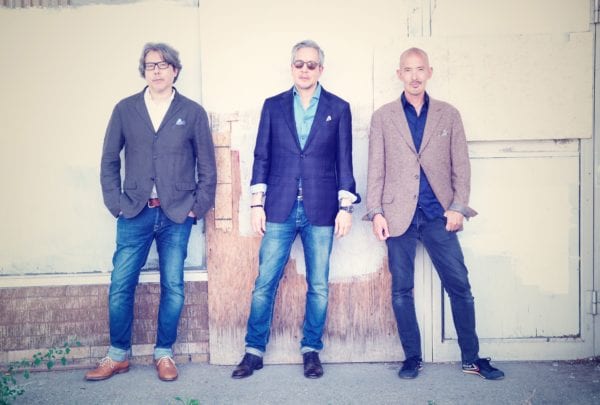 The Barnabus Project, about a secret lab deep underground where “failed projects” live, sees all three Fan Brothers – Terry, Eric, and Devin – team up for their first picture-book collaboration. “We feel privileged to have it all come together, and to win an award for our first official collaboration is pretty special,” says Eric. The idea for this heartwarming story about finding where you truly belong is inspired by “a little drawing Devin did 30 years ago, and we always wanted to make it into a book.”

The Fan Brothers spoke with Q&Q about receiving the award.

How did you find out you won?
Terry: [Eric and I] were together. He was at my condo and we both got the call at the same time, but we ignored it because I’ve been getting a lot of spam calls. Then we both realized that the calls were from Ottawa. We listened to our messages, and [Eric] called back.
Eric: We haven’t officially celebrated yet. We’re waiting until we feel it’s safe to get together.
Devin: Although, honestly, I’ve been celebrating ever since!

What does it mean to you to win for your first picture-book collaboration?
Eric: I think that’s what made it extra gratifying. We’ve been working on projects for decades. Devin and I, when we were much younger, we did a children’s book together, which we sent out. [The three of us] have written film scripts together. It’s been decades and decades of trying to get something that we collaborated on [published].
Devin: I would concur. For me, honestly, it’s the greatest thing that ever happened. So, if this were a movie, this for me is the moment where everyone cheers and it’s the happily ever after. I’m so honoured and thrilled. Like Eric said, it was so special because we were able to do it together. And I think it’s a culmination of all those other projects that we put so much time and care into that didn’t necessarily get produced, but this is the result of all those things. I couldn’t be happier.

Themes in The Barnabus Project include acceptance, bravery, diversity, and solidarity. Why touch on these themes?
Devin: All of them have been so important to us growing up. I’ve worked with children and youth for a long time and these messages have been the ones that have resonated with children and have led to some amazing discussions around self-care, and how you view yourself.
Eric: I think us being mixed race, and Barnabus being half-elephant, half-mouse, you’re never sure quite where you belong.
Terry: We were misfits growing up so we can all identify with Barnabus.

Barnabus accepts himself as he is even after being told he’s a “failed project.” Why was this so important to you?
Devin: I think Barnabus possesses something I feel I certainly didn’t have growing up necessarily – that belief and acceptance in who you are. So, I think it’s sort of wish fulfillment where you create a character that has a sense of themself. It took me 50 years to get to the point where I felt comfortable with myself, and [Barnabus] had it starting out. It’s reassuring for kids when they see this creature that should feel unsure about himself [yet] is happy with the way he is.
Terry: Also, there’s power in the community.
Eric: We found [our community] going from high school to art college. We were bullied in high school; it was a terrible experience. So, being able to find people that understand you and are like you is powerful.

Is there anything that surprised you as you were working on this project?
Devin: For me, it was, probably because of the pandemic, the communication that we had – texting each other constantly with ideas and images. I haven’t really worked that way before. But, actually, that was really fun and I hope my phone stored all of it, because some of the threads were really funny and I don’t want to lose them. Those texts are their own story.
Eric: Yeah, I was surprised it worked because I was a little nervous going in. Terry and I have collaborated on books before but with three people there was a bit of an unknown. I was pleasantly surprised that once we got into a rhythm of collaborating it worked out so well.
Terry: I was surprised by the same thing.

Have you thought about what your next project will be?
Eric: We’ve talked about doing a sequel to Barnabus. Fingers crossed that we can make that work. As far as other projects, [we’re] always open to it. It’s fun collaborating; getting ideas from three different people, you never know what’s going to surface.