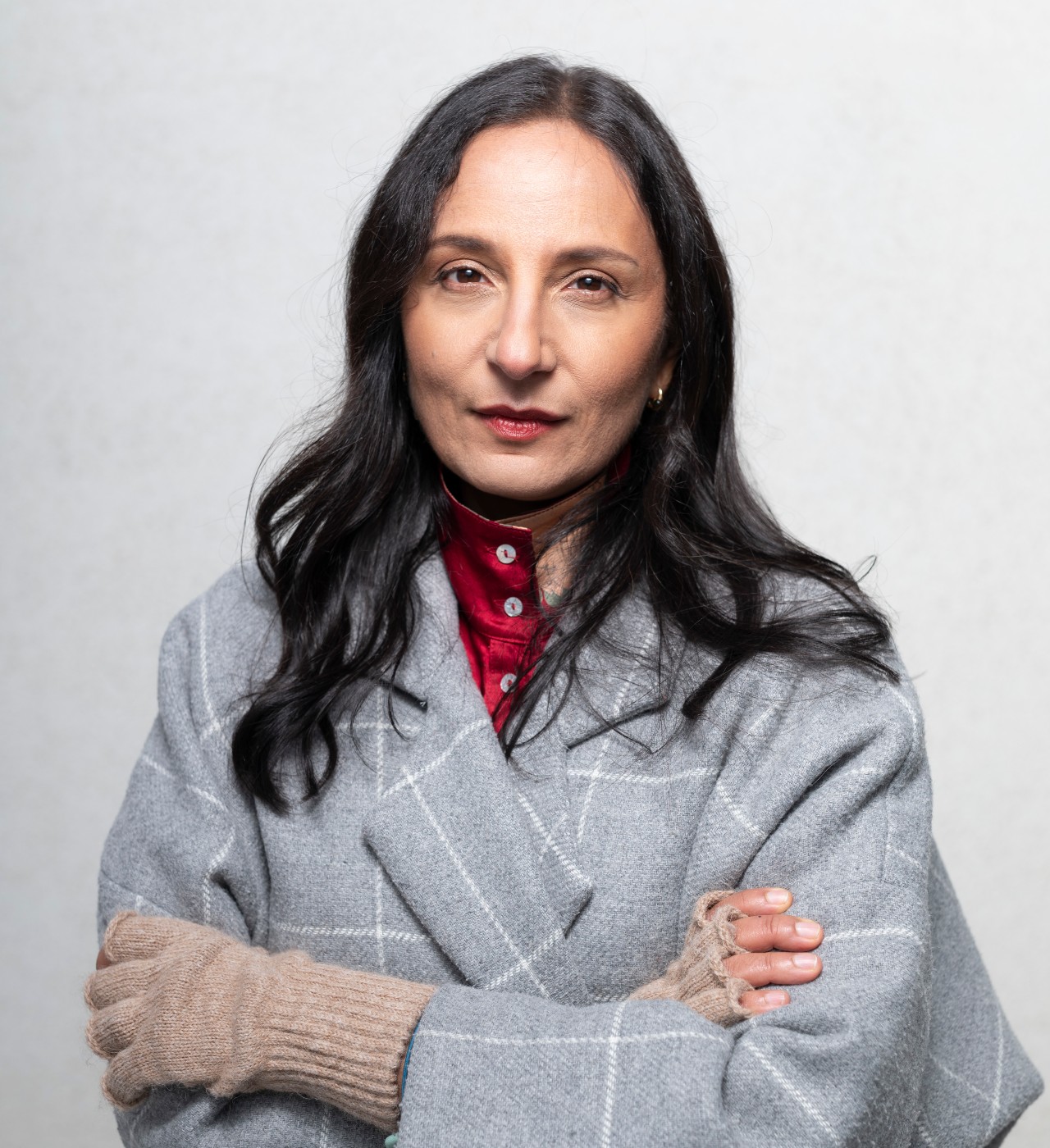 When Madhur Anand found out her memoir This Red Line Goes Straight to Your Heart (Strange Light/Penguin Random House Canada) was shortlisted for the Governor General’s Literary Award for Nonfiction, she tweeted, “Gut reaction when I found out this morning: 1. surprise, 2. weeping.” “I sat with it alone for a few minutes, and then went to tell my husband and kids and they wondered if someone had died because I was whispering it and in tears,” she says.

The book is split into two, each side with its own cover. One tells the story of Anand’s parents and their immigration to Canada while the other is Anand’s story of intergenerational inheritance. When Q&Q spoke with Anand last week, she was still not quite sure what to make of her win. Her parents, however, are thrilled.

“They’re not readers themselves, they’re not writers, so I don’t think they to this day understand what I have done with this book,” she says. “For them, the award is much more meaningful to them than it is to me. For me, the award is the book.”

How did you react when you found out you won?
I was so happy to be shortlisted, and alongside the books that were named there, that I convinced myself that I didn’t care if I won. My reaction to the shortlist was even more dramatic because it was in fact [Guelph bookseller] Barb Minett who emailed me the news after having seen it in the Toronto Star. When Barb read the ARC of my book, she said, “This book is going to win the GG.”

When my husband told me the Canada Council for the Arts was on the phone that Monday morning, a week or so after the shortlist had been announced, my mind knew that there was no way they would be calling to tell me I did not win the award. But my heart wasn’t quite ready to hear it. It still isn’t. It’s been oscillations between joy and tears, forgetting and remembering, ever since.

This book has such a unique structure. How did you enact that vision?
There was never going to be a side that was [about] me. I was not interested in writing about my own life. The original project idea was to write about my parents’ lives only.

As I started to do that, I found it really hard to write about their lives in the third person. I was realizing more and more that my perspective was going to be so entangled with telling their stories, and I had to solve that somehow.

I had the idea to do the flip. My editor Haley Cullingham loved the idea. I don’t know how hard it was for them to do technically, only that it was different.

How did you feel about the roll-out of this book?
We had talked about pushing it into 2021 but in the end it was delayed by a month or two. As a writer, once I finish writing it and it’s published I feel like it’s out of my hands. I don’t see that much in terms of who reads it. It was a pandemic and it was just so much harder to make that connection. I really did feel at some points that I was publishing into the void.

But on the other hand, I myself often discover books that won prizes 10 years ago, 5 years ago, 50 years ago, because I don’t always have my eyes on those lists. A slow build is okay to me as long as it eventually finds readers.

What does it mean to you to win for such a personal account of your family’s story?
A part of me is like “there you go, parents. You’ve made Canada proud.” Every immigrant’s dream, no? But of course, I didn’t write the book for my family or to make anything close to that argument at all. The book is not even entirely about them; it’s about the universe as well. The book is personal, but it reads like fiction.

COVID-19 has delayed this year’s awards and there won’t be the traditional gala in Ottawa. How do you feel about that?
I’m still hoping I’ll be invited to a gala in Ottawa, even if it’s to celebrate next year’s winners. I’m dying to wear a beautiful dress and high heels and hug everyone (especially the jurors) and dance and get drunk. It’s been too long.

What’s next for you?
Writing-wise, I’m working on my second collection of poems for M&S. I do feel as though This Red Line was a book I wrote as a response to some kind of duty I assigned to myself, and having done that, I feel a bit more liberated in terms of what to turn to next. I have ambitions towards fiction, but the novel as an art form still terrifies and baffles me.

I think it can mean you could be on the bestsellers list for awhile.
Oh! Okay.

Update, June 2: This post has been updated from the original to correct the spelling of photographer Ian WIllms name.