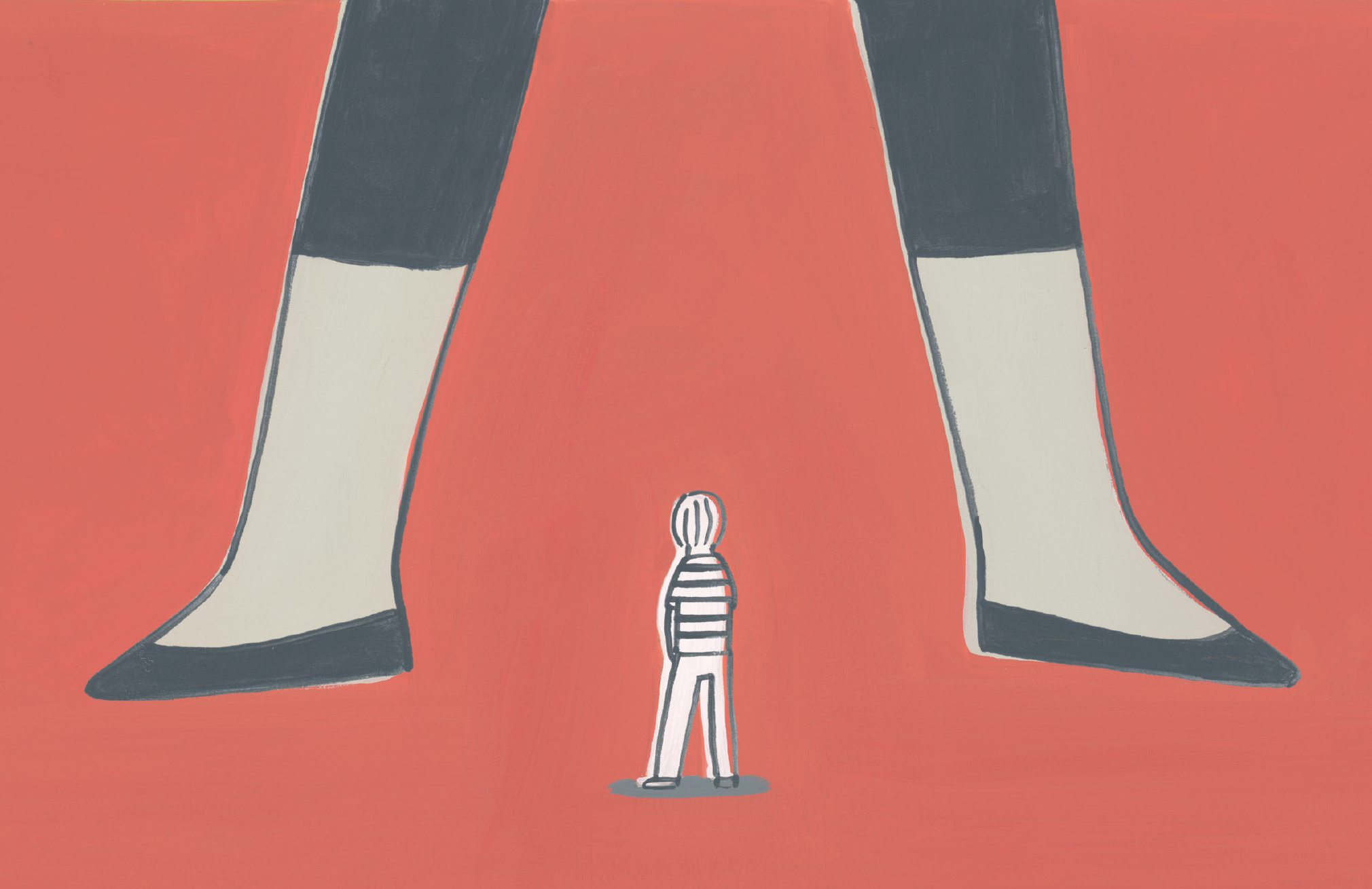 In many children’s books, bullying encapsulates a central dilemma of growing up: how to find your voice when others (often bigger, older, or more powerful) seem determined to keep you silent. The quirky kid dodging daily harassment from schoolyard antagonists has become almost a cliché of middle-grade and YA fiction, while books for younger children aim to address bullying before it moves out of grown-ups’ sight and onto social media.

But today’s news headlines suggest a rising tide against accepting bullying as part of the status quo. And children’s authors, educators, and researchers are leading the way in working to effect real change in the lives of children who bully and are bullied.

In Susan Hughes’s What Happens Next (Owlkids Books, March), an unnamed protagonist is targeted by a tormentor known simply as “Bully B.” Narrated in the first person, and illustrated by Carey Sookocheff in panels cast in muted shades of blue and green, the story unfolds in a series of punctuated headings and reports: “What Her Friends Do: Laugh. What Everyone Else Does: Nothing.”

Hughes, an award-winning author of more than 30 books for children, didn’t set out to write a story about bullying. “I find myself drawn to ideas of differences and connections,” she says. “And because differences so often lead to misunderstandings and abuses of power, I guess it’s no surprise that I’ve written a story about bullying which resolves into the forming of a kind of connection between the characters.”

The book offers a parent who supports her child in confronting things independently, a victim who stands up to her bully by seeking common ground, and a narrative that gently addresses would-be bullies. “I wanted readers to understand that the impulse that can lead to bullying may exist in all of us,” says Hughes. “Early on, the narrator feels hurt and experiences that sense of wanting to pass along the hurt. I hope readers consider whether the bully’s behaviour might stem from a hurt she herself has experienced. They may also wonder: if the narrator chooses to control this impulse in herself, is there hope that the bully might as well?”

The belief that a story might affect the way young readers understand and respond to bullying is shared by Michelle Superle, a researcher in children’s literature at the University of the Fraser Valley in Abbotsford, B.C. Last year, she spearheaded Read for Your Rights!, which aims to promote children’s learning about the UN Convention on the Rights of the Child and reduce bullying at school.

During the February pilot of the program, university students in Superle’s third-year Children’s Literature and Children’s Rights course mentored Grade 5 students at a local school, and in turn those children mentored a kindergarten class. Superle’s students read Human Rights in Children’s Literature by Jonathan Todres and Sarah Higinbotham; the Grade 5 students read Wonder by R.J. Palacio; and the kindergartners read The Bully Blockers Club by Teresa Bateman. “These works became the basis for literature circles, skits, and creating a paper ‘Wonder-full’ quilt, all of which used creative interpretation to explore how bullying – as it was portrayed in the stories – relates to children’s rights,” Superle says.

In the last four years, studies out of the New School for Social Research and Carnegie Mellon University suggest that reading fiction increases empathy and the ability to process other people’s intentions. Superle found that to be the case with this project. “When given support and the freedom to be creative, children develop impressive insights into real life sparked by their reading material,” she says. “[Yet] too often children’s books about bullying tend to be overly didactic or even propagandistic, which doesn’t allow much room for creative interpretation.”

Character-driven works of literature with child-centred elements will continue to play a vital role in the project. “This year we’re bringing Grade 8s into the program, and I’m debating whether to include The Throne by Beth Goobie or The Reluctant Journal of Henry K. Larsen by Susan Nielsen – two fantastic Canadian YA novels about bullying,” says Superle, who’s hopeful that this year’s Read for Your Rights! program will lead to wider adoption across Canada.

A hunger for anti-bullying initiatives is already clear from the popularity of Pink Shirt days, Friendship Benches, Roots of Empathy workshops, and Bullying Awareness Weeks in Canadian schools. Tying these in with the influence of reading fiction presents exciting potential for children’s authors and educators – and the promise of rich and rewarding new offerings for our youngest and most impressionable readers