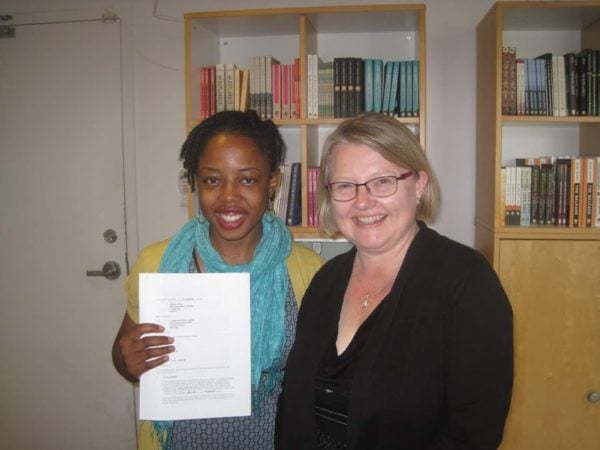 It was July 9, 2011, and I was attending a workshop on writing for children hosted in the backyard of A Different Booklist bookstore in Toronto. Eight months prior, I had been diagnosed with thyroid cancer. The diagnosis was a strange teacher, motivating me to write in increasing volumes. It put a fire under my ass – not only to tell my story, but to get it published. This was also the day I first met Sheila Barry.

Sheila was then editor-in-chief at Kids Can Press. How she spoke about children’s books resonated with me. Although I had been writing books since I was six, Sheila made me feel that I could be published one day. So I asked for her email address, and she told me to send her what I was working on. It took me another two years to do so. When she offered me a contract for my first picture book at Groundwood Books – where she was now publisher – I thought that she was humouring me. So I questioned my writing colleagues, and they all said Groundwood was their dream publishing company, and that Sheila did not give false hopes. So I went along.

Sheila acquired my story, Malaika’s Costume, about a young Caribbean girl whose mother is working in Canada to send money back home to support her family. Separated but loving, this is not an ideal situation, but – as for many Canadians – it is an immigration story that has played out in my own family many times. Sheila kept the first-person narrative in Caribbean patois, involved me in illustrator selection, and gently helped polish the story so it shone through like Malaika’s costume. She was right. The book did well.

Eventually, I learned from Canadian and American editors, publishers, and reviewers that this process was not typical for the industry. But perhaps this episode illustrates one small example of how Sheila gave space for more voices and stories, and led the way in diversifying Canadian children’s literature.

On Nov. 15, Sheila’s death from breast cancer was a loss I felt to my core. At Groundwood, her task was to honour its commitment to produce diverse books, to create mirrors for children to see themselves in and provide windows into others’ lives, but Sheila’s influence extended further and deeper. Having attended the recent TD Canadian Children’s Book Awards, her impact was felt – from the award-winning and nominated books she worked on, the tributes given by organizations she served such as the Canadian Children’s Book Centre and International Board for Books on Young People, and in the condolences sent from colleagues from Canada and the United States. I saw how much Sheila was missed and loved.

My fear is that the advocacy work she dedicated herself to will regress. She was my diverse kidlit ally, and now I have a renewed fire inside me to continue her legacy of diverse children’s literature. The world’s children need it now more than ever. 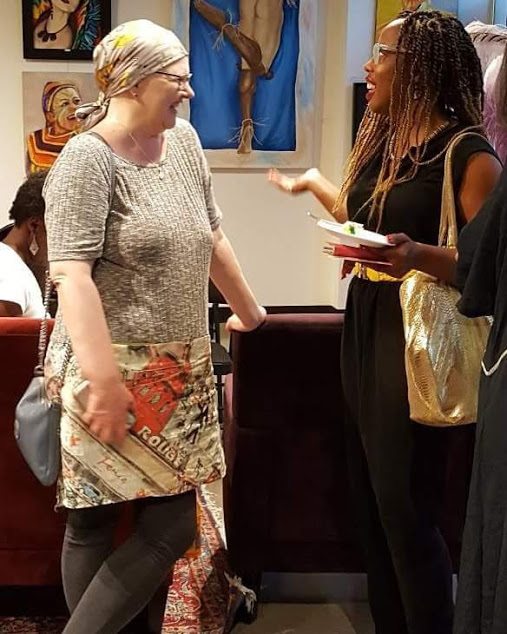