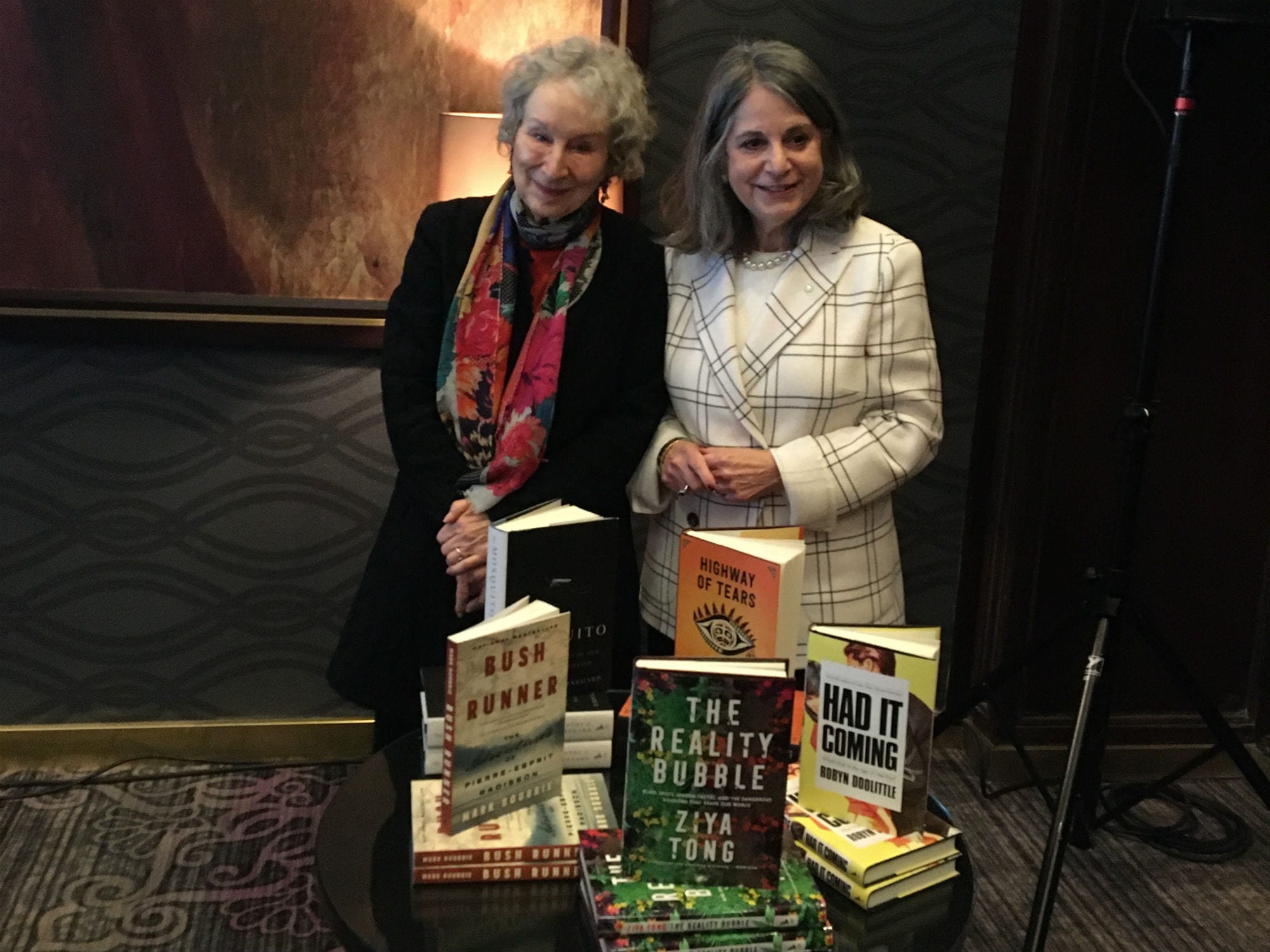 The final shortlist for the RBC Taylor Prize, announced on Jan. 8 in Toronto, features work characterized as much by its literary excellence as the density of its research. Following the announcement of the shortlist by juror Margaret Atwood, prize founder and chair Noreen Taylor praised the “meaty” list, which features three titles from Penguin Random House Canada’s non-fiction imprint Allen Lane.

The $30,000 grand prize for Canadian non-fiction was established in honour of Noreen’s late husband Charles Taylor. In a statement, she said that he would have approved of the prize’s final contenders.

“Charles would be thrilled at the range covered by these books — the hard-hitting, research-heavy investigations of fascinating subjects and the humane treatments of topics that are and will be of keen interest to all Canadians,” she said. “This is the sort of writing he admired.”

It is a stark contrast with the shortlist for the $60,000 Hilary Weston Writers’ Trust Prize for Nonfiction, which featured four memoirs and awarded the top prize to Jenny Heijun Wills’s Older Sister. Not Necessarily Related.: A Memoir.

Taylor, who not only read every book on the prize’s longlist but those on the Hilary Weston and Governor General’s Literary Award for English-language non-fiction lists as well, says memoir was “an underdeveloped branch of literature” when the Taylor Prize started. “The Canada Council has decided memoir is an art form, so they’re getting support,” she says. “So it’s not surprising that the amount of memoir is increasing in the list. We have watched memoir become an increasingly important part of non-fiction.”

The final announcement was bittersweet for Taylor, who recruited Atwood to join English professor Coral Ann Howells and writer and translator Peter Theroux on the jury as a tribute to Atwood’s early support of the Taylor Prize. “There’s always heartbreak,” Taylor says of the final year. “It’s like being in a play. The play closes and you love your castmates and it’s family. And you then move on.”

Though Taylor has yet to decide what her next project will be, she’s sure her enthusiastic support for Canadian literature will continue. “I think it would be hard not to be a part of it,” she says. “It’s just figuring out how.”

A record 155 books were submitted for the final Taylor Prize. The winner will be announced at a gala luncheon in Toronto on March 2. All surviving winners of the Taylor Prize have confirmed they will be in attendance for the final announcement.