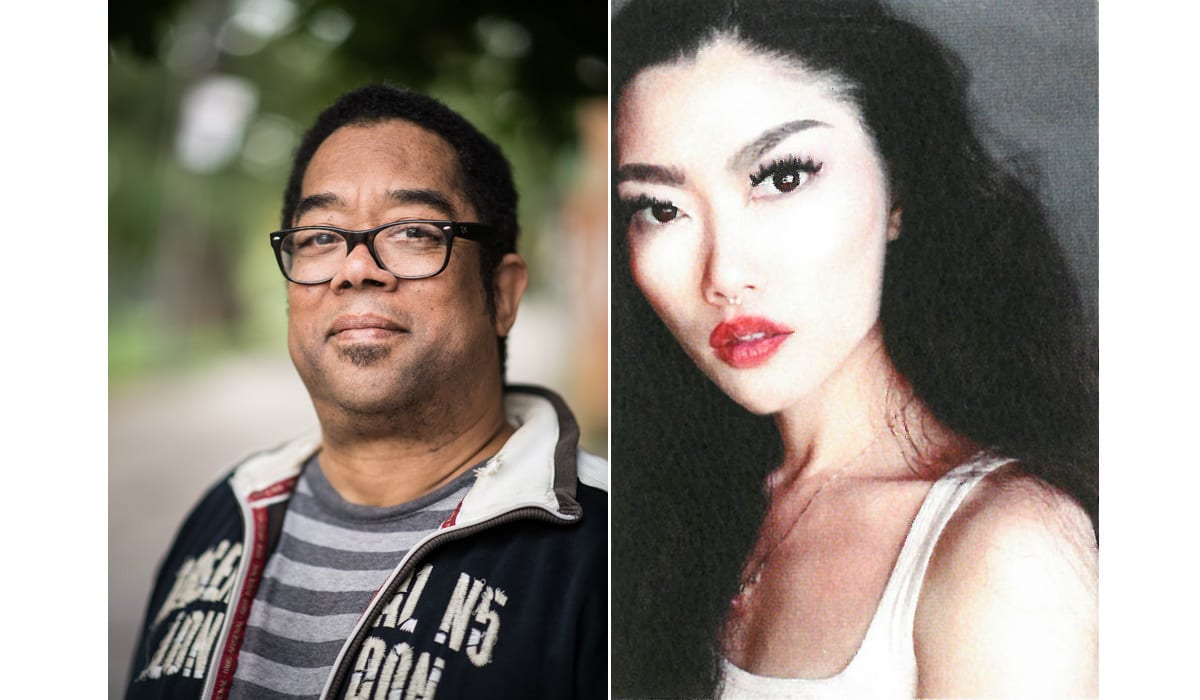 André Alexis has won the Rogers Writers’ Trust Fiction Prize for a second time with his novel Days by Moonlight (Coach House Books). The surreal novel follows two men’s travels through the small towns of southern Ontario, which the author twists to reveal truths about the region’s history and culture.

He previously won the $50,000 prize in 2015 for Fifteen Dogs (Coach House Books). Both novels are part of his ongoing quincunx series, five novels that explore philosophical and existential ideas.

Alexis joins Miriam Toews in receiving the award twice. He spoke briefly onstage, saying the win came as a shock. “With 15 Dogs, everyone around me said, ‘I think this novel is going to do well,'” he said after the ceremony. “With this one, nobody thought it was going to win. I would have bet my house on Michael [Crummey] actually.”

On stage, she noted it was adoption awareness month. “Listen to the voices of adopted people and birth mothers,” she told the audience gathered at Toronto’s Glenn Gould Studio.

She also urged the audience to “read BIPOC writers every day” and concluded her speech by saying, “I hope it would be an unnecessary reminder: trans rights are human rights.” The call comes on the heels of the Toronto Public Library allowing a speaker who denies trans rights to host a speaking engagement at a Toronto library.

Wills, who teaches ethnic literature at the University of Winnipeg, said after the ceremony that she was taken completely by surprise when she won. After reading all the other nominated books, she felt safe wearing a pair of elegant-yet-precarious heels; they proved less than ideal for climbing a staircase in front of an assembly of Canadian literary icons. “I’ve adored all of the other books and I will teach them in my classes,” she said.

Wills admitted that she is still finding the limits of her comfort level surrounding her public platform. “Strangely, I am a very shy person, even though it seems like such a public thing to publish a memoir,” she said. “I think it’s important to be able to set boundaries with readers and audiences while still being appreciative.”

For the first time in the prize’s history, the shortlist for the Hilary Weston Prize was comprised of all female writers: Alicia Elliott for A Mind Spread Out on the Ground (Doubleday Canada), Anna Mehler Paperny for Hello I Want to Die Please Fix Me: Depression in the First Person (Random House Canada), Tanya Talaga for All Our Relations: Finding the Path Forward (House of Anansi Press), and Ayelet Tsabari for The Art of Leaving: A Memoir (HarperCollins).

Congrats to out 2019 #WTAwards winners!

The $25,000 Vicky Metcalf Award for Literature for Young People was presented to Susin Nielsen.

Nielsen brought her first diary onstage, which she began at age 11, and read some of the passages aloud. “If I do grow up to be a famous writer, and later die, and they want to get the story of my life, I guess I should keep a diary,” she quoted.

The $25,000 Matt Cohen award in recognition of a lifetime of distinguished work was presented to Olive Senior. The $25,000 Writers’ Trust Engel Findley Award for mid-career fiction writing was awarded to Rawi Hage.

In total, the Writers’ Trust of Canada presented more than $260,000 to seven writers. The awards were handed out at a ceremony emceed by novelist Catherine Hernandez.