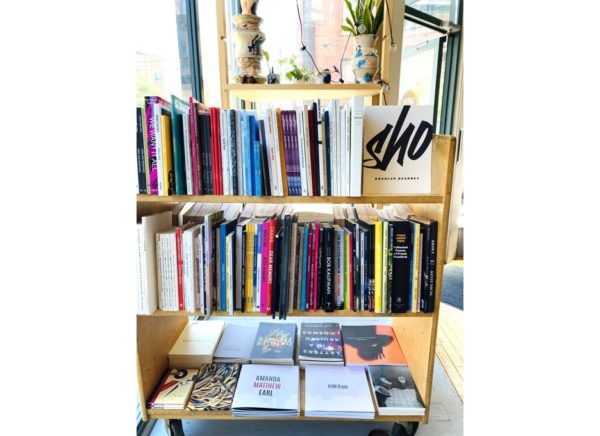 Toronto poetry bookstore Knife Fork Book is closing. The bookstore, which opened in 2016, announced the closure on Twitter earlier this month.

“KFB is closing its shops (& readings). We’ll continue as a press, and host a yearly festival #FertileFest We didn’t need to make a lot, and did a lot with so little, but couldn’t continue in the red,” store owner Kirby tweeted on September 9.

“We shook a tailfeather, we had our heyday,” Kirby tells Q&Q.  “We’re continuing as a press and we’ve just had our first festival, so we’ll continue with that. I love both those things, and I think one of our successes with KFB is we’ve paid attention to the terrain and adjusted accordingly.”

There is a closing sale planned for September 18 at the west location of Knife Fork Books, which will close the same day. The location within The Great Escape Book Store on Kington Road in the east end will remain open until the end of October, and will close with a reading by Cameron Anstee.

The all-poetry bookstore had its permanent home at Artscape Youngplace before the pandemic, but moved to a two pop-up shop model in October 2021, Kirby says. Travelling between the two locations on opposite ends of the city ultimately proved untenable.

Kirby plans to continue Knife Fork Book as a press — there are two full-length collections coming out in 2023 — and will continue to run the Fertile Festival of New & Inventive Works, which is next planned for August 11 to 20, 2023.

Kirby is also offering “Kirbserve” bundles of poetry to help clear out some of the store’s remaining inventory.