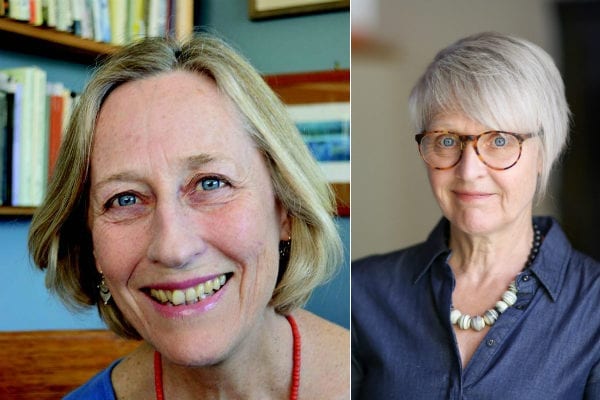 Kathy Page has won the Rogers Writers’ Trust Fiction Prize for her historical novel Dear Evelyn (Biblioasis). It is the first time that the Vancouver author has received a major literary prize in her 32-year writing career. Page was previously shortlisted for the Governor General’s Literary Award (Alphabet, 2005) and twice longlisted for the Scotiabank Giller Prize (Paradise and Elsewhere, 2014, The Two of Us, 2016).

“I am completely unprepared for this,” Page confessed upon accepting the $50,000 prize at the Glenn Gould Studio at the CBC building in Toronto. “The word that comes to mind comes from my obvious British origins, and it is ‘gobsmacked.’”

Dear Evelyn was as much inspired by the love letters her father sent to her mother during the Second World War as it was by the tumultuous marriage that followed. “This is an unusual book for me in the level in which it was rooted in personal things,” she said on stage. “I want to thank the dead: my parents. And my sisters. And my husband who of course encourages me and often comes up second in terms of his creative projects. I think I’m actually going to stop there because I might embarrass us all by flooding with tears.” She added a quick thank you to the Writers’ Trust, the sponsors, and the jurors.

Later, as she was swarmed by well-wishers and cameras, Page humbly underplayed her own expectations of winning such a prize. “I felt that I was ‘Mrs. List’,” she said, alluding to her history of appearing on a prize’s shortlist. “Of course buried in their I wanted it to happen. But I’d convinced myself very thoroughly [otherwise].”

Elizabeth Hay was named the winner of the $60,000 Hilary Weston Writers’ Trust Prize for Nonfiction for her memoir All Things Consoled: A Daughter’s Memoir (McClelland & Stewart), about caring for her aging parents. The Ottawa-based writer won the Writers’ Trust Engel/Findley Award in 2002 for her body of work and received the Giller Prize in 2007 for her novel Late Nights On Air.

Hay thanked her editor Martha Kanya-Forstner. “It was Martha who saw the shape of the book and raised my parents into the light,” Hay said. She also thanked her “date,” her daughter Sochi Fried, “who held my clammy hand in her nice warm one.”

“It was rewarding to have my parents live on in a book,” Hay said following the ceremony. “I think [my grandparents] would be so proud if they were still alive,” Fried said, adding that she was “thrilled and delighted” by her mother’s win. 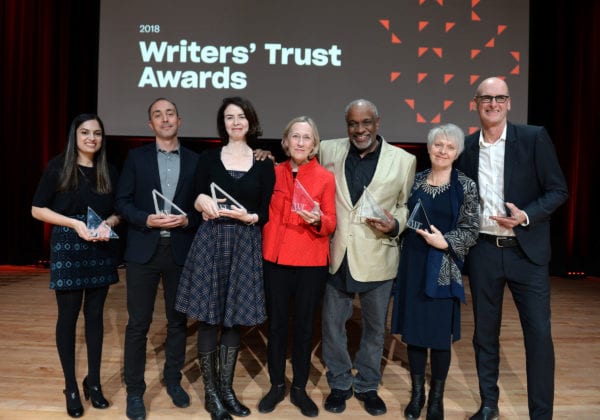 In total, the Writers’ Trust of Canada presented more than $260,000 to seven writers. The awards were presented in a ceremony emceed by novelist Zoe Whittall.