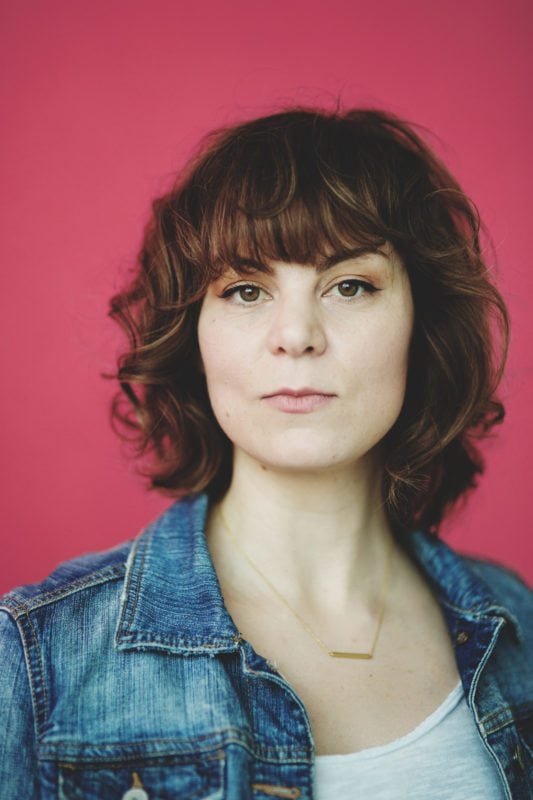 When Dani Couture was 10 years old, she wrote a fan letter to the novelist Sidney Sheldon. Couture, a self–described “military brat,” was the child of parents in the Canadian Forces; she used to buy paperbacks at yard sales and flea markets on and off whatever base they were seconded to. Sheldon, the bestselling author of popular novels and the creator of the 1960s sitcom I Dream of Jeannie, was the young Couture’s favourite writer. She posted her missive, and Sheldon wrote back. “I remember getting the letter,” Couture says. “It came in a creamy, thick envelope that had a burgundy inlay. He sent a simple card, but he was generous with his words. He wrote that a kid my age should probably not be reading his books.”

Flash forward a few decades, and Couture is now the author of four books of her own, including the 2010 collection Sweet, which was nominated for the Trillium Book Award for Poetry. The poems in her newest book, Listen Before Transmit (Wolsak & Wynn), were written in the wake of Yaw, a 2014 collection that focused on grief and loss. “It was an almost physical sensation of pushing away from that book and what it was speaking to,” Couture says about the process of writing her new work. “I wanted to think more outwardly.”

Though tempered with personal history, Listen Before Transmit is imbued with a sense of awe at the universe. “We so often see ourselves as separate from space,” Couture says, “but we forget that we are a part of it.” Now living in Toronto, where she was born, Couture is able to concede in retrospect the influence her peripatetic childhood had on her poetry: “It was only when I started to look at all that I had done that I realized I was questioning ideas of home, of space, both within the body and outside it, as well as the literal space our planet is in.”

For Couture, the process of writing is interdisciplinary and intuitive, guided by research and curiosity. She still harbours a little love for Sheldon, but these days she reads the lucent lyric poems of Peter Gizzi, the cross-genre writing of Eileen Myles, and watches NASA spacewalks. While writing the poems in Listen Before Transmit, she immersed herself in soundtracks by Hans Zimmer and Warren Ellis, which she describes as “beautiful landscapes of music” that enabled her to return to the space she wanted to inhabit.

Couture is currently at work on her second novel, the follow-up to 2011’s Algoma. In the meantime, “Contact,” a poem from Listen Before Transmit, was included in the December 2017 issue of Poetry magazine as part of the New Canadian Poets folio. Through it all, Couture’s inquisitiveness remains intact. “The book of poems is done, but my curiosity about this planet remains,” she says. “I’m so curious about what I’ll get to know in my lifetime, knowing that time – my time – is finite.”