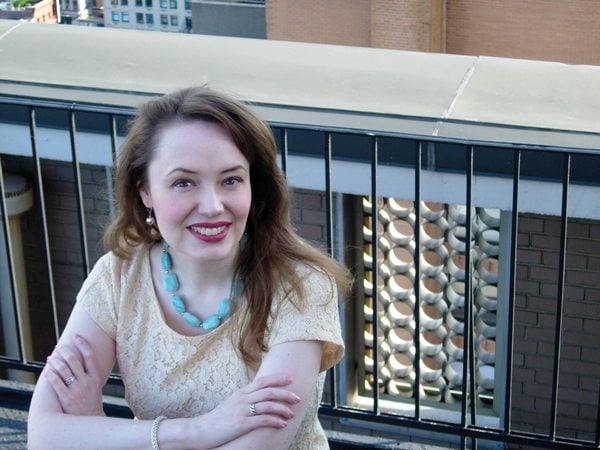 You don’t need to be a sleuth to see that the female takeover of crime fiction is almost complete. In the past several years, we’ve watched blockbusters such as Gillian Flynn’s Gone Girl and Paula Hawkins’s The Girl on the Train dominate bestseller lists and movie theatres. In fact, books with “girl” in the title are so common that you’d be forgiven for wondering where the grown-up women went. The Wall Street Journal recently reported on the growing trend of male authors attempting to disguise their gender by using their initials or writing under pseudonyms.

All of this market positioning and clever branding likely misses the point of what appeals to readers of domestic suspense. There’s no denying it’s having a spectacular moment in the sun, but to reduce its attraction simply to “books written by the ladies” is to diminish the reasons for its broad attraction.

To figure out where we are, it’s important to consider where we’ve been. Much of the 20th century was the heyday of the hardboiled detective. It was the era of Sam Spade and Philip Marlowe, Mike Hammer and Spenser. These tough guys had been to war and knew violence intimately. Some of them were soaked in whiskey, but they could always be roused from their hangovers by desperate clients (especially ones with long lashes and great gams).

In a way, it was a perfect postwar fantasy: men who rose to the occasion, battled for justice, and retired into solitude until the next damsel in distress stopped by. They epitomized the strong silent type (with the occasional wisecracker among them), and if their drinking hinted at a struggle within, it never interfered with their work.

At the same time, domestic suspense lurked in the background. Its central characters, usually female, didn’t fight on a battlefield; there was enough of a threat of violence on the home front. It offered a dark counterpoint to detective fiction, because the threat wasn’t from without, but within. A few representative authors, such as Dorothy B. Hughes and Margaret Millar, were acclaimed in their time, but eventually their books went out of print and it became difficult, until recently, to find copies.

So how did this mode of storytelling suddenly become popular? Consider the world around us. The 21st century opened with 9/11, the most shocking terrorist attack North America has seen. In the years since, we’ve witnessed violence in big cities and small communities, an opioid drug crisis, and a financial crash that shook the industrialized world. We’ve also learned, via social media, that the authorities we trust to keep the peace sometimes brutalize vulnerable populations. Computers help us run our lives, but they’re subject to hacking; we’re not even sure yet what digital influences do to developing brains. It feels like the ground under our feet is less solid than it was (in some places, that’s literally true, thanks to climate change) – but that is fertile soil for domestic suspense. We are living in an age of anxiety, where nothing seems entirely stable or trustworthy.

It’s not just the world at large that’s shifting: technology has enabled us to make new connections, but it also lets people indulge fantasies and appetites that they wouldn’t admit to in daylight. Think of all the times you’ve read about a criminal, and seen the accounts of their astonished friends and co-workers and parents who had no idea what the person was up to. It’s enough to make anyone start to wonder about the people they love. Could your partner turn to violence? Could your child? Those questions tug at our closest bonds. When it comes right down to it, how well do we really know the people we love?

That question is at the dark, wildly beating heart of domestic suspense.

If it seems that more women are willing to question those bonds, it may be because women have more than a nodding acquaintanceship with violence. Far more women experience violence at the hands of a partner they love than at the hands of a stranger. A couple of years ago, when I published a crime story that drew on my own experience of being sexually harassed at work, I heard from dozens of women who’d experienced something similar, or worse. What woman hasn’t experienced fear walking alone at night and hearing a man’s footsteps behind her?

Domestic suspense taps into the paranoia we feel these days. If we want to be honest, we are all vulnerable. We’re all on edge, unsure of where we’ve going. We don’t have to go far from home to experience fear. Like the old ghost story told us, the call is coming from inside the house. It always has been.