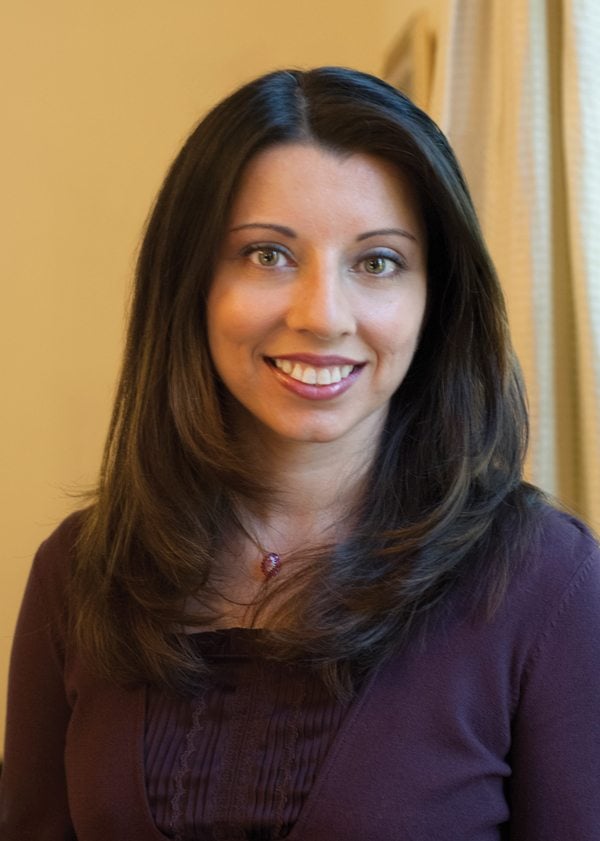 “These are very politicized times,” says Ausma Zehanat Khan, the British-born Canadian author of the Esa Khattak/Rachel Getty mystery series, which follows a Toronto-based Muslim detective and his young partner who become entangled in various crimes reflecting the volatility of the post-9/11 world. “Anyone who is from a minority community, their existence is political. That’s just a reality that you live and that you deal with every day, and so I think the point of my books [have become] more urgent and more necessary.”

Khan, who earned her PhD in international human-rights law specializing in military intervention and war crimes in the Balkans, drew on her expertise for the first novel in the thriller series, 2015’s The Unquiet Dead (Minotaur Books), where the detectives investigate a murder victim with possible connections to the 1995 Srebrenica genocide. Her latest, Among the Ruins, has the partners investigating the death of a renowned Canadian-Iranian filmmaker. While Khan’s novels are not ripped-from-the-headlines procedurals, she does aim to expand readers’ focus by telling stories from a Canadian-Muslim perspective.

“If you see minority characters, they are usually not the lead. They’re usually secondary or tertiary characters, they don’t play a very significant role and they don’t usually have an emotional arc,” Khan says. “I’m not saying there are no books like that, there are some writers who do it really well. But to have a lead character, someone like my detective, Esa, that’s pretty rare, I think.”

Khan is also set to bring a diverse perspective to another genre.  As a lifelong fantasy fan, Khan has observed “a kind of stereotypical or one-dimensional fantasy, which relies on the same kind of histories and sagas.” In October, her first fantasy novel, The Bloodprint, the first in a four-book series, will publish with HarperCollins. The story, which follows a group of heroic women who battle a dark power that aims to subjugate them, has been percolating since high school. Although in the past five years Khan has observed the genre becoming increasingly welcoming to diverse stories, she has always wanted to write books that reflect her own cultural history and traditions. “It’s lore, it’s magic, it’s storytelling, fables, and myths. So fantasy was the perfect genre that allowed me to do that.” But Khan isn’t abandoning mystery: Esa Khattak will return in February in a fifth instalment, A Dangerous Crossing. –Sue Carter 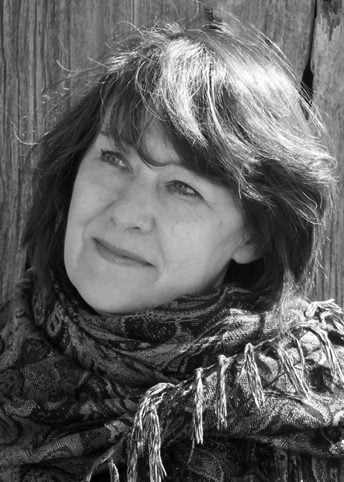 Writer and storyteller Janet Kellough found the inspiration for her Thaddeus Lewis mystery series while examining some old history books in the stacks of her local library in Ontario’s Prince Edward County. She discovered an 1865 autobiography of a preacher from the area that briefly mentioned a string of Upper Canada serial murders, and couldn’t get it out of her head. “There just wasn’t anything to go on in terms of dealing with it as non-fiction, but it was just too good of a story to leave alone,” she says.

What Kellough thought would be a one-off book turned into a series of five, published by Toronto’s Dundurn, plus a sixth title that Kellough self-published, as she had done with two previous novels about Prince Edward County legend and lore. In January 2018,  she will take a break from history and crime with her still-unnamed speculative-fiction thriller, published by Edge Science Fiction & Fantasy. “Genre readers will follow you,” she says. “They’re extraordinarily loyal to the authors that they like.”

But Kellough feels that despite this built-in readership, mystery and crime genre writers – especially women – are often dismissed, aren’t regularly reviewed, and generally aren’t taken as seriously as literary novelists. To counter this, she launched the Women Killing It Crime Writers’ Festival, which took place in September. The two-day event in Prince Edward County exceeded Kellough’s expectations; a second iteration is already in the works. “There was this real sense of solidarity,” Kellough says. “Like, ‘Yeah, we’re women, and we’re good. We’re just going to do our own thing here because we know that we’re good, and everybody else can just get out of the way.’” – Becky Robertson 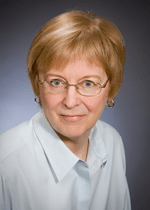 Award-winning Halifax author Anne Emery garners much of the inspiration for her books’ scenes, characters, and themes from music. Soundtracks for each title are available on her website. Bob Dylan’s song “Man in the Long Black Coat,” for instance, inspired her 2006 novel Sign of the Cross. A line about children in Leonard Cohen’s “Suzanne” was central to 2010’s Children in the Morning.

Places and buildings also trigger creative bursts. While walking through a court complex in Dublin, Emery noticed the words Justitia Ruat Caelum (“Let justice be done though the heavens fall”) inscribed on a building.

“The minute I saw it, I thought, ‘There’s a book in that,’” says Emery. Though the Heavens Fall, the 10th instalment of her series, is due out next year with her long-time publisher, ECW Press. The books follow lawyer and blues performer Monty Collins and his friend and sidekick, Father Brennan Burke, as they become entangled in crimes in locales as varied as Cape Breton, Belfast, New York, and Berlin.

Emery practised law early in her career, which she says gives her a great affinity for writing courtroom scenes. She loves crafting dialogue – especially from her Irish and Scottish characters – as a means of injecting wit into her stories. But her deeper motivation comes from an addiction to the authorial process, and to the fulfillment of a greater purpose. She recognizes the importance – the obligation – for humans to honour the gifts they possess. Emery quotes Abraham Maslow: “A musician must make music, an artist must paint, a poet must write, if he is to be ultimately at peace with himself. What a man can be, he must be.” And she adds, emphatically: “A woman, too!” –Norma Jean MacPhee 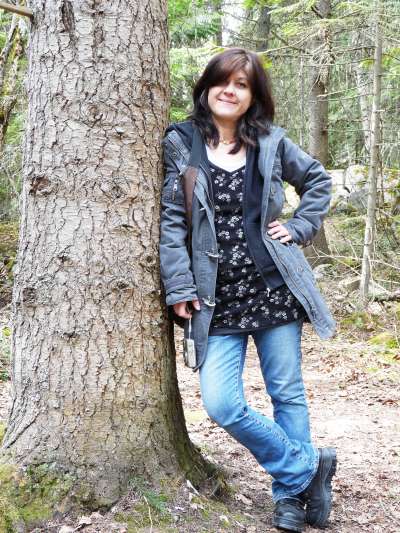 R.M. Greenaway may be an up-and-comer on the Canadian mystery scene – known for her B.C. Blues series, featuring two mismatched RCMP detectives – but her love of the genre is anything but new. In fact, her passion for writing crime fiction has been decades in the making.

Born in England, and raised in Toronto and Vancouver, Greenaway chanced into a career as a court reporter in 1991, travelling all over British Columbia for the gig. She began writing for fun, and both the spectacular scenery and the grisly trials found their way onto the page. “B.C. is a beautiful, wide-ranging backdrop for crime fiction – plenty of wilderness, cities and towns, mountains and rocky shores for my characters to get lost in,” she says. “The experience of leaving the big city for what I considered the wilds, working in the court system for nearly 10 years, taking down evidence, travelling, all definitely did shape and inspire my series.”

She wrote late at night, eventually amassing a dozen manuscripts. “I kept going,” she says, “mostly because I couldn’t stop.” The turning point came when she moved to Nelson, B.C., and met authors Holley Rubinsky and Deryn Collier, who became mentors.

Greenaway’s critically praised Cold Girl won the 2014 Unhanged Arthur Ellis Award for the best unpublished first crime novel, and was subsequently picked up by Dundurn in 2016. She’s since released a second in the B.C. Blues series, Undertow, with a third, Creep, due next year. “I was so sure I’d never get published,” she says. “Only when I began to feel I had a chance did writing become a more exciting love-hate battle.” –Tara Henley

Alice Walsh is perhaps best known for her award-winning children’s literature and picture books, most recently A Change of Heart, illustrated by Erin Bennett Banks (Nimbus Publishing). But in 2012, Walsh made her first foray into mystery writing for the adult market with the novel Analyzing Sylvia Plath, about an English professor investigating the attempted murder of her aunt. “Writing a thriller is something I’ve always wanted to do,” she says. This August, Walsh returned to the genre with her new novel, Last Lullaby, published by Nimbus imprint Vagrant Press. A police procedural set in the fictitious Newfoundland town of Paddy’s Arm, the new novel follows the mysterious death of an infant, an arrest, and the subsequent courtroom fallout.

Born and raised along that province’s northern peninsula, Walsh – who now lives in Lower Sackville, Nova Scotia – says she enjoys building characters with classic Newfoundland brogue and humour, and placing them in familiar terrain.

The switch to writing for adult readers may have provided Walsh with freedom in terms of how she frames her stories, but the former preschool teacher and probation officer will continue to straddle both worlds; there are several books for both audiences in the works. “When people used to say to me, ‘It’s something I had to do,’ about writing, I never understood it, until I got into writing myself.” –Norma Jean MacPhee 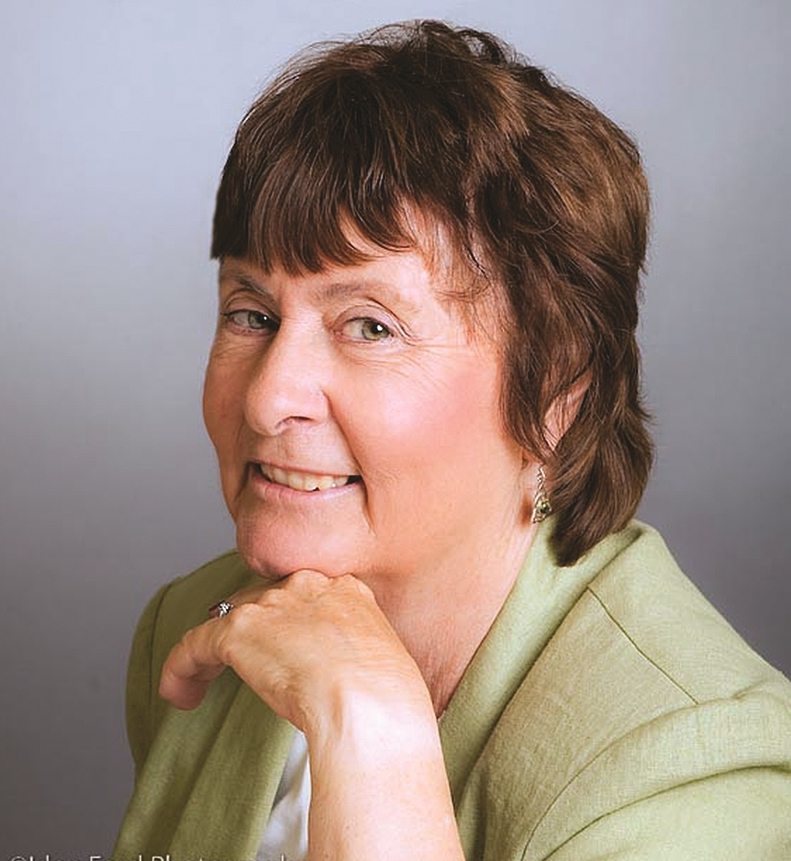 Bestselling author Maureen Jennings came to fiction through an unusual route: psychotherapy. The Toronto writer practised as a therapist for decades, devouring mystery novels in her spare time. At a certain point she realized the two interests had much in common. “Psychotherapy can be like a mystery story,” Jennings says. “People come, they don’t know why they’re doing this, why they’re upset or frightened. You gradually unpeel the layers that are buried – the crime, as it were. It’s the same process. So it seemed a very natural transition.”

When Jennings began writing, she cast a wide research net. She stumbled upon the 1904 memoirs of a Victorian detective, John Wilson Murray, and found her muse. After writing several plays about Murray, she created the fictional character William Murdoch, and, in 1997, published Except the Dying, the first novel in the Detective Murdoch series.

Fast forward 20 years, the hit TV show Murdoch Mysteries is in its 11th season, and Jennings is poised to publish the first Murdoch novel in a decade. Let Darkness Bury the Dead (McClelland & Stewart) is set in 1917, during the Great War. It will be Jennings’s first title set outside the Victoria era. “I stayed with Murdoch, who is now a senior detective, and moved him forward, dealing with his son, his own life, and – what always interests me – life in the city of Toronto, which was absolutely fascinating,” she says. “I learned so much myself, which I hope I can share with people with the book. It was quite an exciting journey.” –Tara Henley