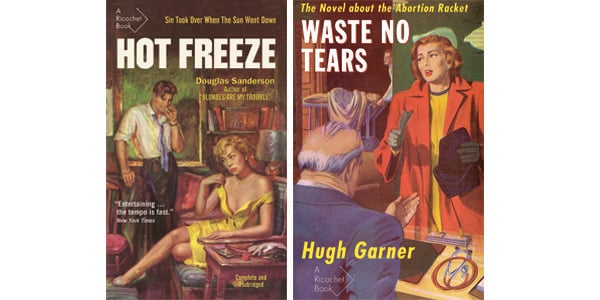 When people think about Canadian literature, dime-store pulp is not the first genre that comes to mind. That may be an oversight, as literary historian Brian Busby can attest. Busby is the driving force behind Ricochet Books, an imprint of Montreal literary publisher Véhicule Press that is dedicated to bringing back into print some of the best Canadian pulp novels of the postwar period.

The 15 years following 1945 saw a glut of pulp fiction with lurid covers and titles such as The Body on Mount Royal and the frankly ridiculous Sugar-Puss on Dorchester Street. “There were more of these novels than serious novels at the time,” says Busby. “But they came and went.” The pulps that fascinate Busby were disposable pocket books, sold not in bookstores but at newsstands and from spinner racks in drugstores, and marketed with taglines like, “Crime overshadows the city” and “Sin took over when the sun went down.” (The Ricochet editions feature original cover artwork adapted for the imprint by designer J.W. Stewart.)

What unites many of these novels is their Montreal setting – a testament to the city’s postwar reputation as a locus for booze, drugs, gambling, and sex. The very aspects of the pulp genre that rendered it so disreputable to the uptight sensibilities of the 1950s also made it somewhat inevitable that writers would gravitate to Montreal as a locale. “I think it speaks to Montreal’s status as the sin city in Canada,” says Busby. “They never did that with Toronto. There’s no Murder on Yonge Street.” 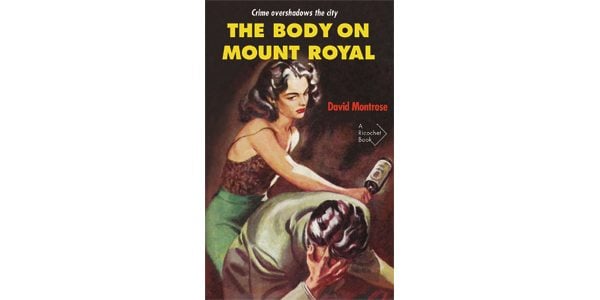 While that may be true, Hugh Garner’s Waste No Tears, originally published under the pseudonym “Jarvis Warwick” and brought back into print by Ricochet in 2014, is set in the seedier parts of Toronto’s downtown core; with its focus on dive bars, low-rent hotels, and the addicts who people them, the book gives lie to the widespread notion of “Toronto the Good” (something Amy Lavender Harris points out in her introduction to the reprint edition).

It is also notable for its subject matter – abortion – which was something more recondite literary fiction of the time eschewed. Garner’s use of the pulp milieu as a vehicle for social commentary was typical of the genre, which was far more permissive and progressive than more putatively upright contemporaneous fiction. Pulp writers were free to engage with material and characters that would have to be alluded to or glossed over in more highbrow literature of the time. Busby points to Douglas Sanderson’s Hot Freeze – “my favourite of the postwar pulps” – as an example of this freedom. One of the characters in the book is a teenage bisexual; another is a lesbian club owner. “I don’t think we saw characters like that in other fiction back then,” Busby says.

Perhaps this is what attracted literary novelists like Garner, or Brian Moore, whose pseudonymous novel Wreath for a Redhead was published by Harlequin in 1951. Moore would go on to pen six other pulp novels, though he subsequently disowned them and his estate has worked assiduously to ensure that they remain out of print, so there are no immediate plans to bring them back under the Ricochet imprint. But Busby, who admits to admiring the books on their literary merits, is not ruling anything out. “It would be nice to think that at some point, Brian Moore will enter the public domain and we’ll do those books anyway,” he says ruefully.