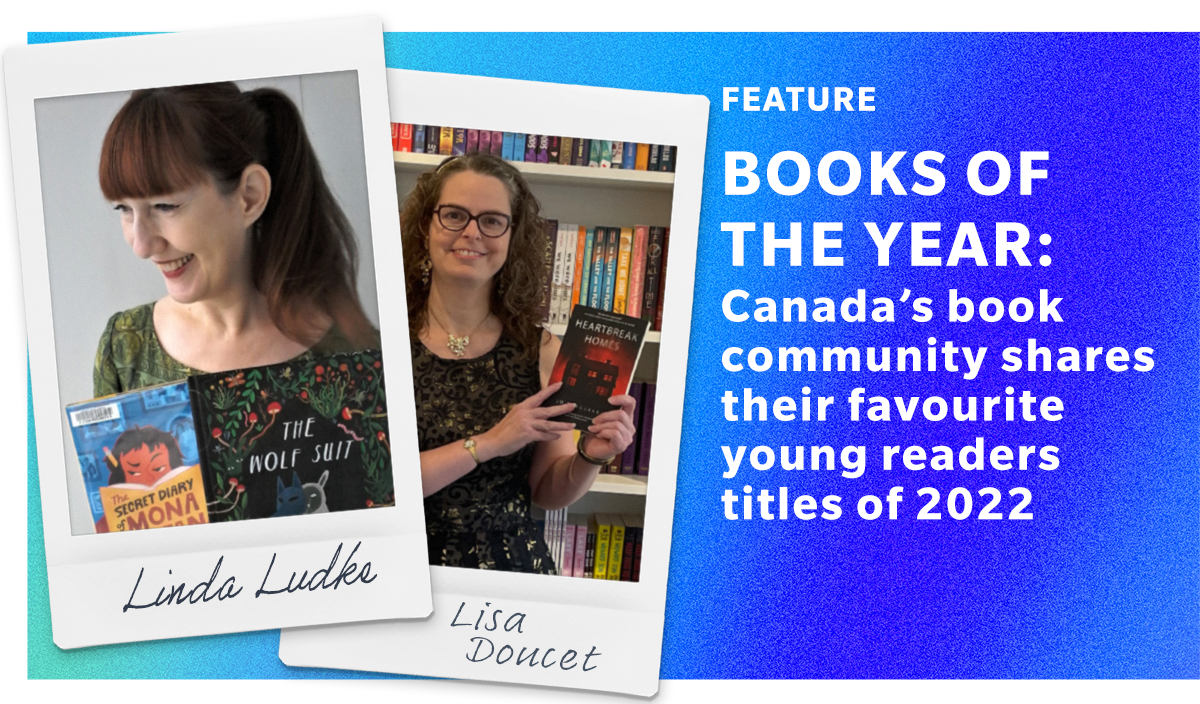 For the second year in a row, the Q&Q team reached out to our reviewers and to booksellers and festival organizers across the country to find out which titles from 2022 they are still thinking about as the year draws to a close. This week, highlights from the year’s books for kids, from enchanting picture books to realistic and engaging YA novels.

This is Chad Lucas’s second novel and it’s a fantastic middle-grade selection for young readers. It’s a story about two young boys who, with the help of new friends, investigate a weird mystery affecting their town that involves people’s fears. It’s a great balance of a fun page-turner that also explores very real issues such as racism. Throw in an Eastern Canada setting, and we have ourselves an interesting and refreshing novel.
–Ardo Omer, kids coordinator at the Festival of Literary Diversity (FOLD), Brampton, Ontario 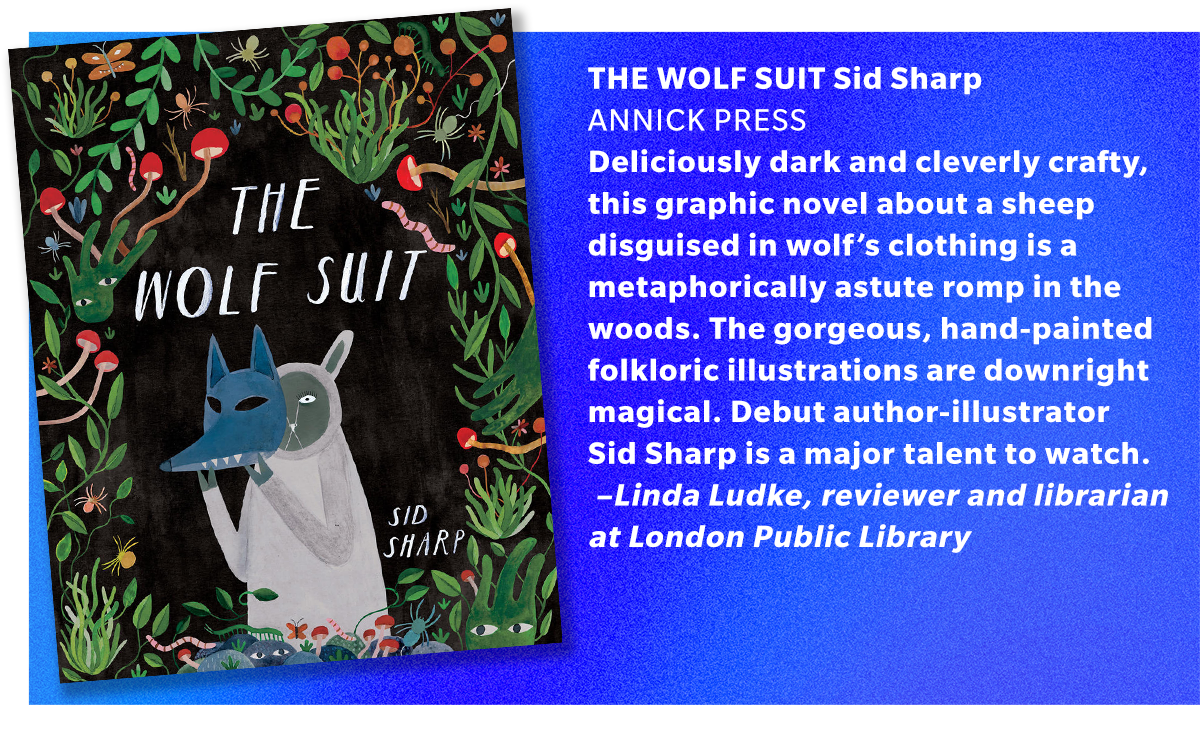 Growing up in Dubai, United Arab Emirates, during the 1991 Gulf War, Mona Hasan is a Pakistani Muslim tween who pours a year’s worth of observations, ruminations, and bad poetry into the pages of her trusty diary. This impactful coming-of-age epistolary novel has heaps of humour, hope, and heart.
–Linda Ludke, reviewer and librarian at London Public Library

The text, based on Buffy Sainte-Marie’s lyrics, is lovely and poetic. It evokes all of the senses and takes the reader on a journey outdoors, no matter the season. Flett’s artwork integrates with the text beautifully, with each gorgeous two-page spread illustrated with warm and rich earth tones. It is a superb collaboration between Buffy Sainte-Marie and Julie Flett.
–Colette Poitras, Indigenous Public Library Outreach, Edmonton 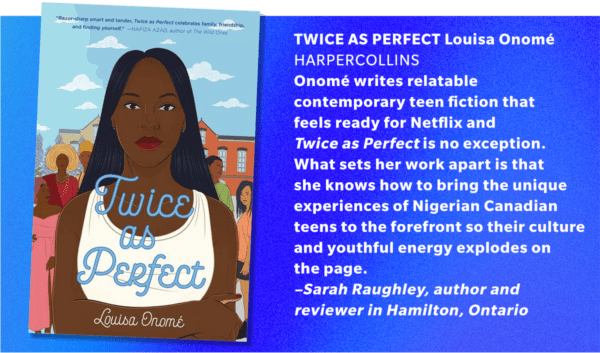 Since Tomi Adeyemi’s Children of Blood and Bone, we’ve been getting more Nigerian Afrocentric fantasy worlds in YA. Falaye’s main character is Sloan, descended from Yoruba gods, but what makes Blood Scion unique is the incredible detail in the world-building, which derives from painstaking research into Yoruba cosmology, excellently applied to the roller-coaster story.
–Sarah Raughley, author and reviewer in Hamilton, Ontario 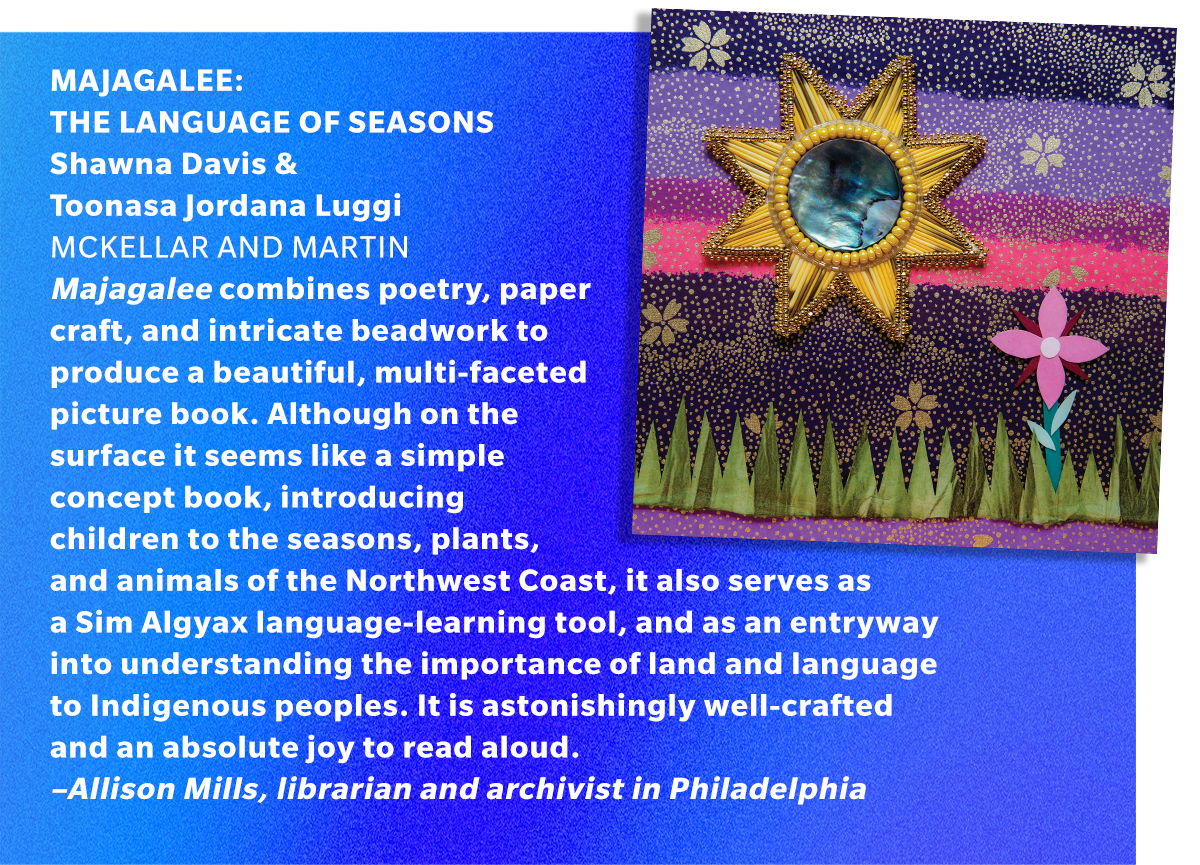 Jean E. Pendziwol’s When I Listen to Silence is a book that lets both parents and kids feel seen. A story that acknowledges a parent might need to work is painfully refreshing, and moreover, it’s a love letter to imagination that squashes so many things kids actually love (mermaids, pirates, dragons, even a trip to the moon) into a riotous adventure.
–Grace O’Connell, writer and reviewer in Toronto 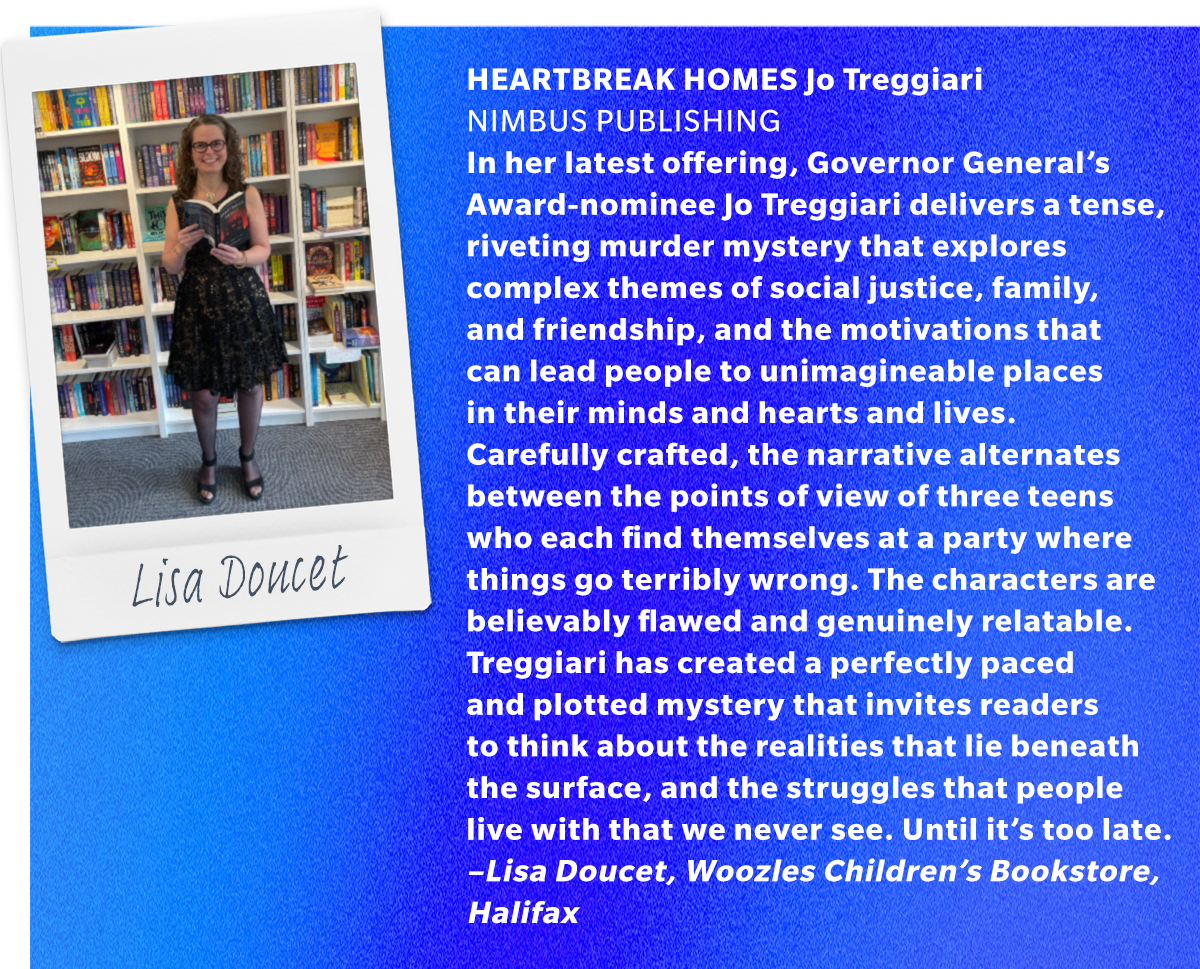 Luna’s apartment building does not allow pets, so she finds a small plant to tend to that she calls Stephanie. Luna’s friends are not impressed, but she cares with a methodical tenderness to this once-drooping plant that soon blooms and brings sweet scents, attracts pollinators, and spreads seeds and joy to the city. Luna’s Green Pet is a quiet yet mighty tale that will speak to many readers who live in the urban sprawl, and seek the inspiration and companionship of nature.
–Nicole Abi-Najem, children’s librarian and reviewer, Toronto 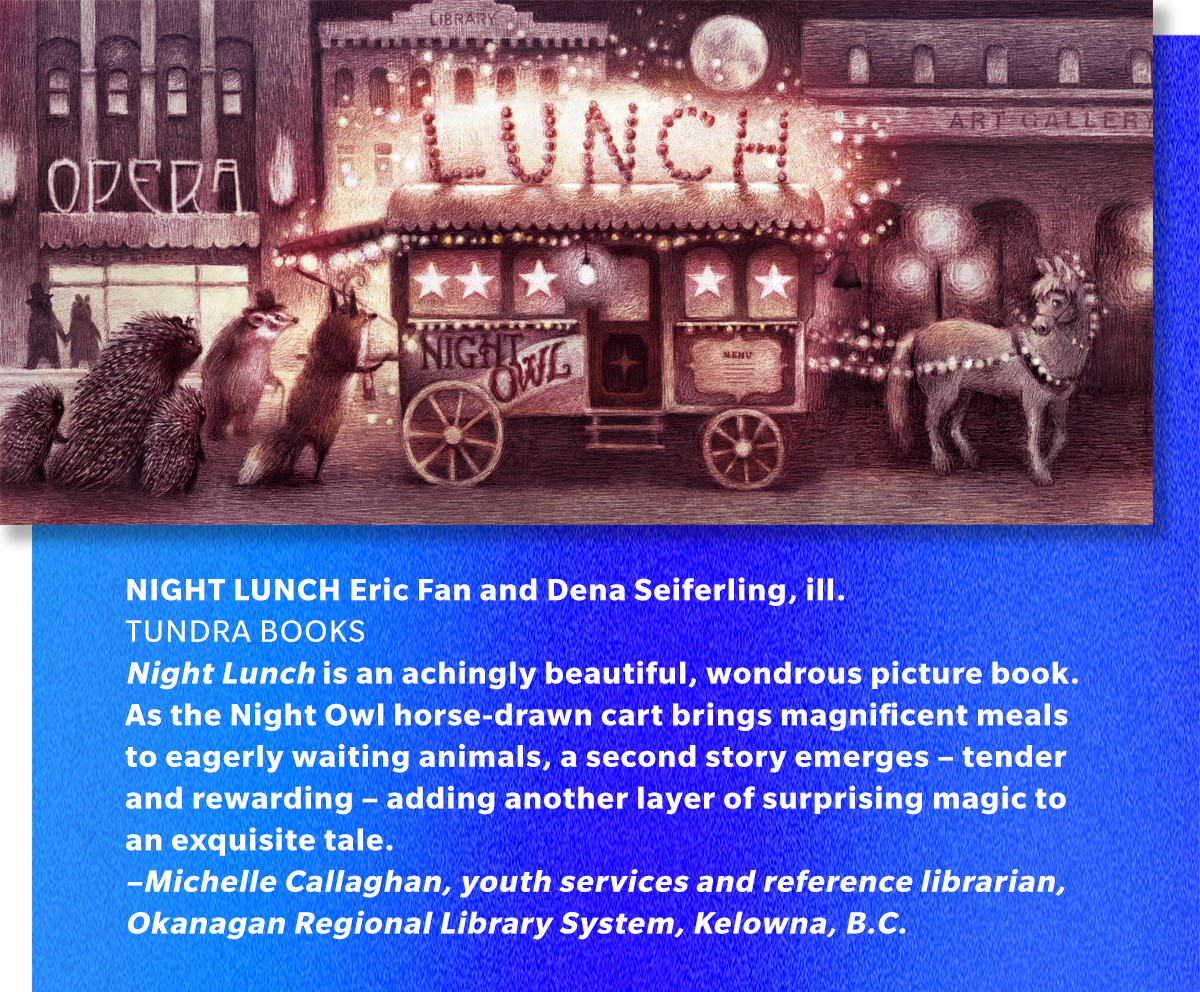 Ruth Ohi has given us a wordless book with extraordinary power. Blanket is a charming tale of how a caring, imaginative friend can turn a dark day around. Children of all ages will love playing along and telling the story in their own words as cat and dog make forts, read books, and make shadow puppets with their flashlight. This book offers a sweetly sensitive way to talk about overcoming anxiety and isolation.
–Susan Jasper, executive director of Telling Tales Festival, Hamilton, Ontario

Correction, December 15: This article has been updated to reflect that the Canadian publisher of Twice as Perfect by Louisa Onomé is HarperCollins and not Feiwel & Friends. Also, Carmen Mok was not initially noted as the illustrator for When I Listen to Silence by Jean E. Pendziwol.