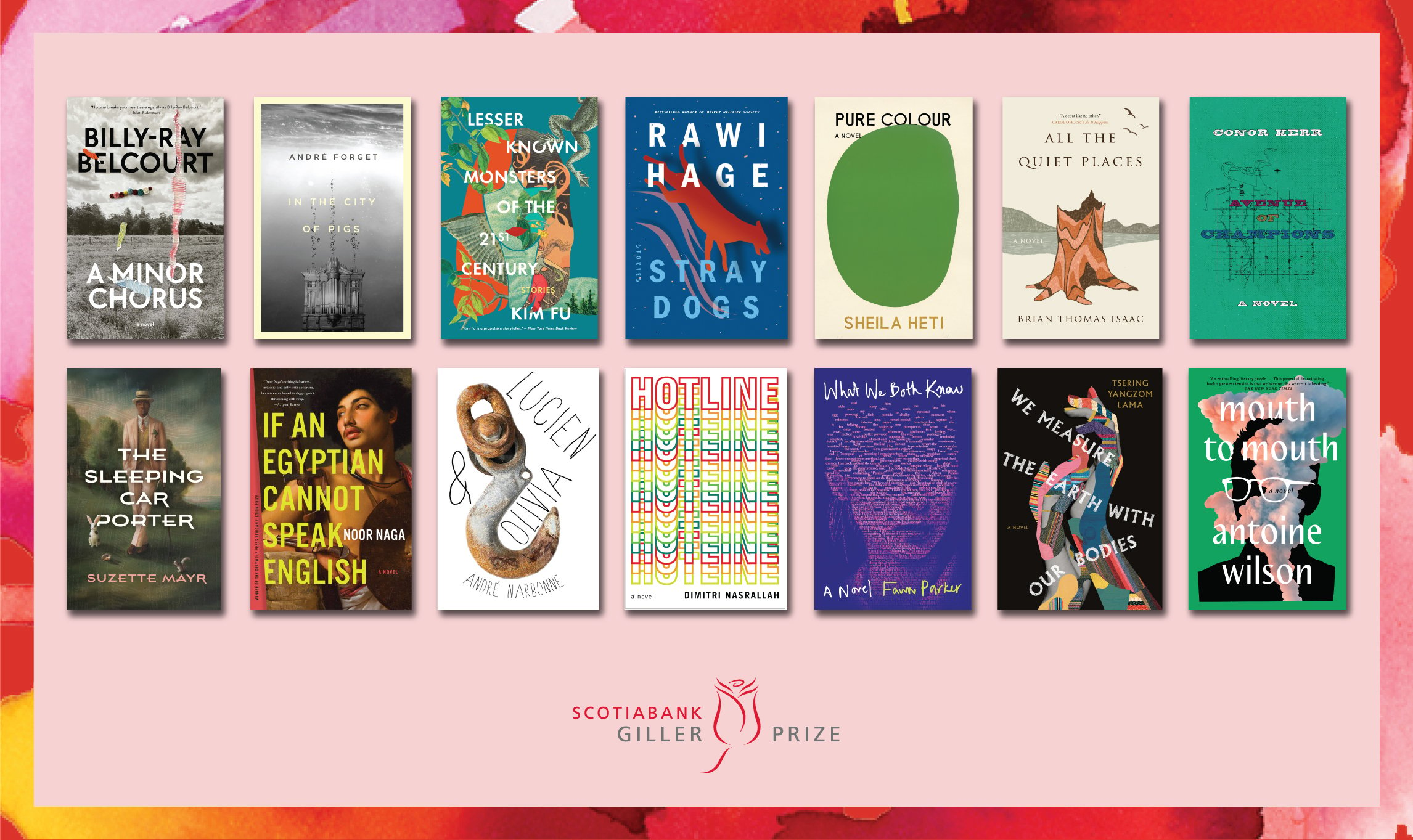 The books longlisted for the 2022 Scotiabank Giller Prize.

Fourteen titles have been longlisted for the 2022 Scotiabank Giller Prize.

The longlisted titles were chosen from 138 books submitted by publishers across Canada for the $100,000 prize, which is now in its 29th year. Canadian novels and short-fiction collections published between October 1, 2021 and September 30, 2022 are eligible for this year’s prize.

Last year’s Giller winner Omar El Akkad announced the longlist in St. John’s on Tuesday morning. The shortlist will be announced on September 27, with the winner to be announced at a gala in Toronto on November 7.

“The jury’s discussions and debates throughout the year were nuanced and spirited, but most of all we were continuously in awe of the cornucopia presented to us,” the jury said in a release. “We are proud to showcase a longlist of 14 outstanding titles that are sweeping in scope, touch all corners of life, and which provide pleasure and stimulation as well as urgency and depth.”