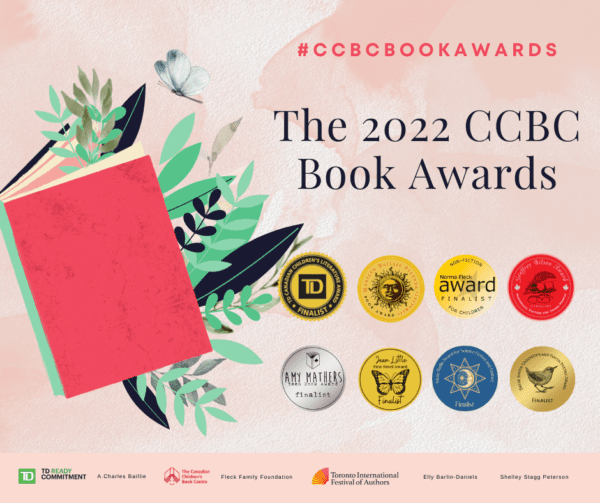 The finalists for the 2022 CCBC Book Awards have been announced. Handed out by the Canadian Children’s Book Centre, the eight awards celebrate exceptional books for young people. This year’s program features two inaugural awards: the Arlene Barlin Award for Science Fiction and Fantasy and the David Booth Children’s and Youth Poetry Award.

The shortlisted titles are:

Presented in partnership with the Toronto International Festival of Authors (TIFA) as part of its TIFA Kids! Programming, host Garvia Bailey will announce the winners at an in-person event at Harbourfront Centre on Thursday, September 29. The shortlist for the Prix TD de littérature canadienne pour l’enfance et la jeunesse will be released in October, with the winner revealed virtually in mid-November.