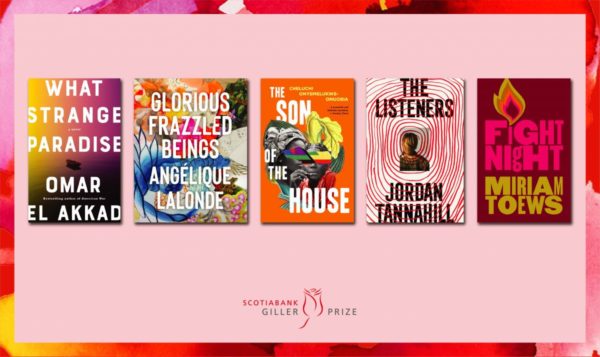 Five books and their authors have been selected from a 12-title longlist as finalists for the 2021 Scotiabank Giller Prize.

The shortlisted titles were revealed by jury members Zalika Reid-Benta and Megan Gail Coles at an in-person event hosted by author Jael Richardson at Toronto’s Park Hyatt Hotel on Oct. 5.

Toews was previously shortlisted for the Giller in 2004 and 2014 for her books A Complicated Kindness and All My Puny Sorrows, respectively.

The shortlist was chosen from 132 books by a five-person jury comprised of Reid-Benta, Coles, Joshua Whitehead, Tash Aw, and Joshua Ferris.