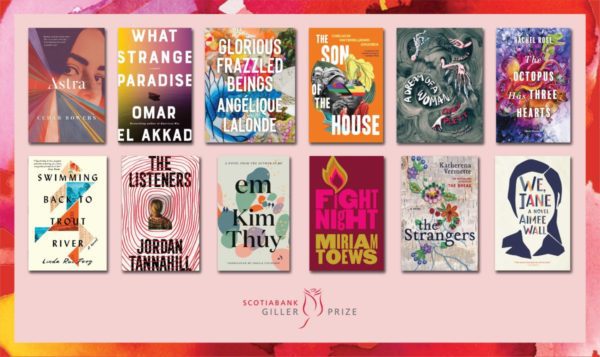 The longlist for the 2021 Scotiabank Giller Prize has been announced. It includes three short-story collections and nine novels. The jurors read 132 books from which the longlisted titles were selected.

The longlisted authors are:

The jury, comprised of Canadian authors Zalika Reid-Benta, Megan Gail Coles, and Joshua Whitehead, Malaysian novelist Tash Aw, and American author Joshua Ferris, said each book on the list has “the irrefutable mark of the sublime.”

“This extraordinary dozen showcases an ecstatic diversity of voices and styles, of narrative deployment and moral urgency, of formal innovation and old-fashioned storytelling pleasure,” the jury said in a statement.