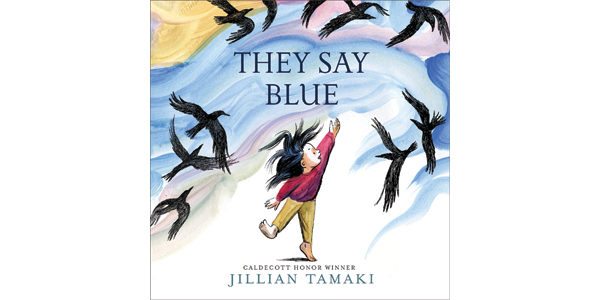 The Canadian Children’s Book Centre has announced the finalists in eight award categories, celebrating the best in Canadian children’s literature. Winners of the 2018 Governor General’s Literary Awards Jillian Tamaki (They Say Blue) and Jonathan Auxier (Sweep: The Story of a Girl and Her Monster) are on the shortlist for the $50,000 TD Canadian Children’s Literature Award, as are kidlit favourites Heather Smith (Ebb & Flow), Marie-Louise Gay (Mustafa), and Merrie‐Ellen Wilcox for her non-fiction book, After Life: Ways We Think About Death.

Nominees were also announced for TD’s French-language prize, and finalists for best picture book, mystery, non-fiction, teen, and historical fiction. CCBC executive director Rose Vespa says in a press release, ““These books take readers to a small community in Nova Scotia in Africville to a dystopian chapter of history in The House of One Thousand Eyes, on a journey through Indigenous history in Go Show the World and into the mind of a curious child in They Say Blue. The CCBC is proud to be able to elevate the original and vibrant books on this year’s shortlist and the authors, illustrators, and publishers who made them a reality.”

At two separate galas – in Toronto on Oct. 15 and in Montreal on Nov. 7 – the CCBC will announce the winners of the English- and French-language awards respectively.

Here are the English-language nominations: