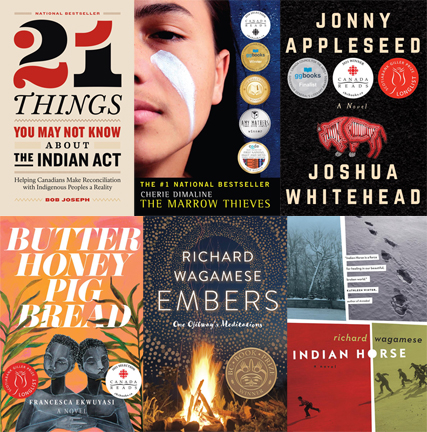 Writing in the March issue of Quill & Quire, Wolsak & Wynn publisher Noelle Allen wrote an opinion piece that argues for the need for a bestseller list focused on the books published by the many Canadian-owned publishers that often disappear from lists that typically focus on top-10 titles. Allen started building such a monthly bestseller list in the fall of 2021, and it has been published by the Hamilton Review of Books.

As a follow-up, Q&Q worked with Bookmanager to compile a bestseller list of books published by Canadian-owned presses and sold by Canadian independents over the past year. The data for this list is based on reports from 234 independent bookstores collected by Bookmanager from February 1, 2021, to January 31, 2022.

The 25 bestselling titles published by Canadian-owned presses all fell within the top 75 bestselling Canadian-authored titles reported to Bookmanager.

A significant majority of the titles are by Indigenous authors. Bob Joseph, Robert Munch, Richard Wagamese, and Phyllis Webstad each appear more than once on the list.

1. 21 Things You May Not Know About the Indian Act: Helping Canadians Make Reconciliation with Indigenous Peoples a Reality, Bob Joseph (Page Two Books)

8. A Is for Anemone, Roy Henry Vickers (Harbour Publishing)

13. When We Were Alone, David A. Robertson and Julie Flett, ill. (HighWater Press/Portage & Main Press)

19. I Sang You Down from the Stars, Tasha Spillett-Sumner and Michaela Goade, ill. (Owlkids Books)

20. Sometimes I Feel Like a Fox, Danielle Daniel (Groundwood Books)